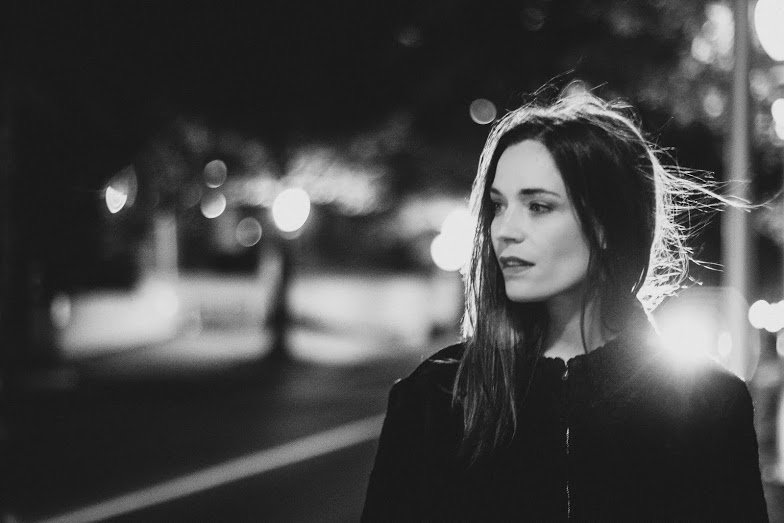 Hamilton born actress and musician, Kathleen Munroe is about to released her debut solo EP, “Munroe” on May 12 via Hidden Pony. On top of that she has released her second single, “Summer”. We had a chance to ask her some questions about her background, her upcoming EP and lots more, so keep reading to find out everything you want to know about Kathleen Munroe!

How old were you when you knew you wanted to pursue music as a career?

I’ve played and written music as long as I can remember, but it has been relatively
private for most of my life. I decided a couple of years ago to pursue music with more focus.
I’d been collaborating a little with musicians I know, and that was motivating. I guess I also
just got to a point where I felt I had something to say.

You are currently based in LA, did you feel the move necessary to pursue your acting and
music career?

I have homes in Toronto and in LA and I work in both countries, so I think of the time
I spend in the US as an expansion of my career, rather than a choice or a necessity. Working in
Canada means a great deal to me, and I’m lucky that broadening my career to include the US
has not meant shutting myself out of Canada. Certainly the more opportunity anyone has
access to, the greater the possibilities. I’m fortunate that I’ve been welcomed in industries on
both sides of the border.

Speaking of acting, it must get tough to manage both an acting career and a music career,
how do you manage your time?

I work with patient people on a team that supports both initiatives. I’m learning as I
go. It sometimes involves coming up with creative solutions, but so far the schedules have
been pretty compatible. Acting is contract work, and there is time between contracts. Being
unemployed between jobs allows me to do other things I want to do.

You will be releasing your debut solo EP, “Munroe” on May 12 via Hidden Pony, what can you
tell us about the EP?

I’m really proud of this small collection. I’ve been writing songs for years, so from the
beginning, the tasks were to select songs, and to find something that connects them. The
unifying thing for this EP seemed to be a vibe/mood, and an ethic of restraint. Mike Keire (of
Hamilton’s Threshold Recording Studio) and I produced it, and over the course of the
recording sessions, it felt like I really found a creative partner and collaborator in him. I was
also really touched to have contributions from musicians I respect and admire, like Noah
Fralick (Young Rival), Ben Munoz (New Hands), Julie Fader (etiquette), Steve McKay (YerYard).

So far, you have released two singles from your upcoming EP, “Summer” and “Bloodlet”, do
these two songs give the listener any indication of what to expect from the EP?

Yeah, I think they both represent the tone of the EP. The collection has songs that
speak to different traditions, but the mood should hopefully feel consistent.

What inspires you when writing music?

You have a show coming up in Hamilton on May 1, when can fans expect more dates to be
announced?

What can fans expect from one of your live shows?

A lot of artists like to incorporate cover songs in their live shows, is this something you do? If
so, what is your favourite cover song to perform?

Right now I’m performing two covers: Bermuda Highway by My Morning Jacket and
Out Getting Ribs by King Krule. They’re both just fucking great songs. I wish I’d written them.

Canadian Beats is all about Canadian music, who is your current favourite Canadian band/
artist?

Off the top of my head: Jessy Lanza, Mac Demarco, New Hands (though they’ve split,
sadly).

Here, at Canadian Beats we like to ask a series of “fun” questions that may help your fans
learn something new about you, so here goes:

You play many instruments, including guitar, piano & ukulele, what is one instrument you have
yet to learn, but would love to?

With the release of “Summer”, I have to ask, what is your favourite Summertime activity?

Considering, you are both an actress and musician, I have to ask if you could be part of any
show currently on television, which would you choose?

I’d go back in time and be on twin peaks.

If you could write a song for any existing television show, which would it be?