By Lindsay Newman on April 28, 2015@https://twitter.com/lindsaynewman_ 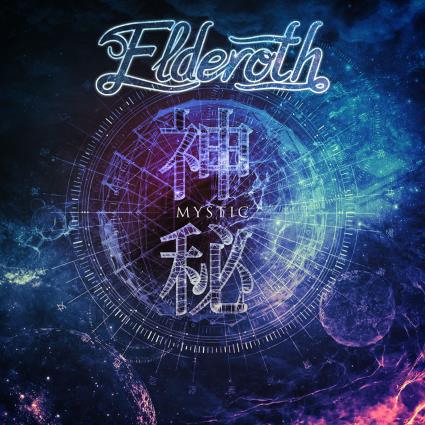 Founded in 2007, metal band Elderoth are releasing their new album “Mystic”. The album comes out on April 28th.  The band is from Montreal, QC, which is one of the biggest metal scenes in Canada. Elderoth are Collin McGee (guitars, vocals), Xavier Sperdouklis (bass) and Philippe Landryx (drums).

The album started off with the track “Within”, which is an instrumental track, I thought this was a unique opener and made me want to continue to listen to the album. The intro track sounded like their track “Falling Star” which I thought was interesting because this track is in the middle of the album.  The vocalist of the band is so talented and I could listen to his voice over and over.

It was hard to choose a favourite track but one of my favourites on the album is their first single off the album, “This Shadow By My Side”. I thought this song really showed off the bands talent and it was a fantastic choice to use this song as the first single.

I enjoyed every song on the album. I normally am not a typical metal fan but I really enjoyed this album. I suggest giving this album a listen even if you are not a metal fan because I enjoyed the entire thing and I will be adding it to my music library.