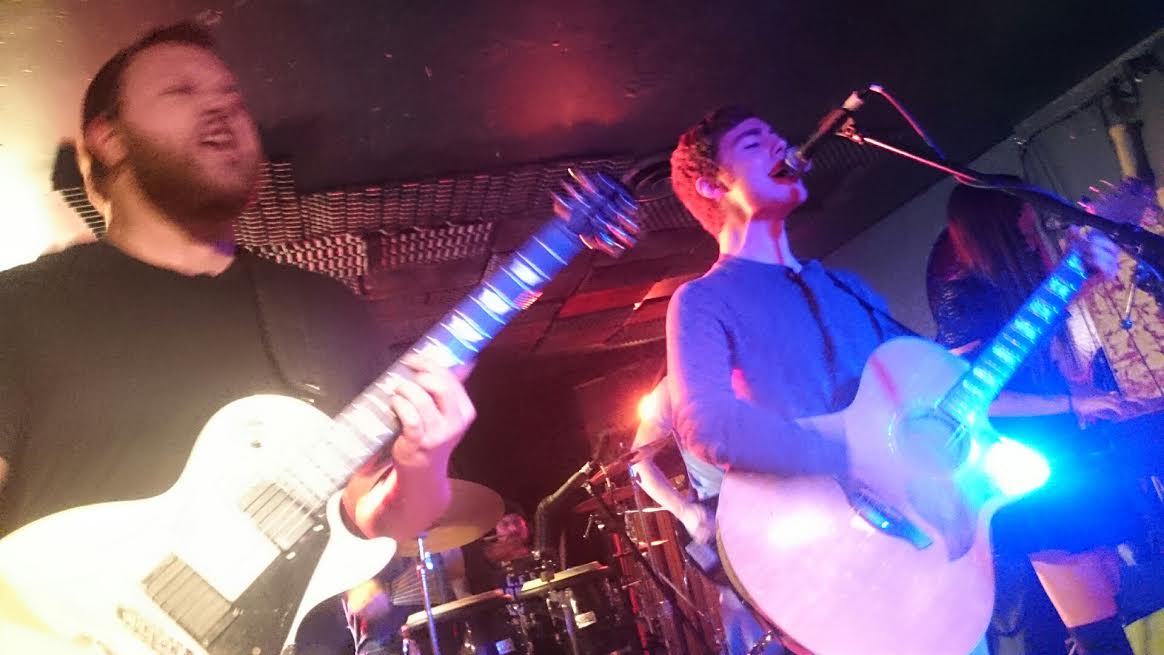 May 4th – The Rockpile, Toronto, ON (with Alien Ant farm)

Be sure to check out the band’s social media accounts below for more information on their upcoming performances.

How did you come up with the name Crossley Hunter?

We had some shows coming up, but still didn’t have a band name. So for a lack of better options, we took the name from a road we used to practice on.

What’s it like being a part of a band where a third of the members are family?

Sometimes it’s as fun as it sounds, other times it’s not. In all seriousness though, it’s really no different than any other band I’ve jammed with – when a group of people share a common goal, spend enough time together, and care for one another, well, that’s as good a definition of family as any other.

Can you give your fans any hints on the upcoming album?

It’s self­titled, has 11 tracks, and was produced by the one and only John Wozniak of Marcy Playground.

What can fans expect from your live performances that are coming up?

We place considerable importance on the quality of our live performances, and we’ve always made a conscious effort to ensure that our live sound matches our studio recordings. We try to ensure that our recordings are authentic representations of our sound, so that if people decide to come out to a show, they won’t be disappointed.

If someone hasn’t listened to you before, what song would you suggest they start with?

Right now the only song publicly available to listen to from our upcoming album is “Devil Smiling”, so if you want a good indication of our current sound, I’d suggest that one.

A lot of times a melody will just come into my head randomly, such as when I’m driving. Then I go home and pick up my guitar and try to bring the song to life. If that works out, I then show the song to the rest of the band, and everyone adds their own special touch to it. After that, it’s not uncommon for the song to be revised two, three, or twenty times, until it’s reached its best potential.

What made you decide to pursue music?

I’m not sure I ever really made a conscious decision to “pursue” music, it was always just something I liked to do. We all still have our day jobs, so I’m more inclined to look at it as a therapeutic outlet rather than some end goal.

Well, May 4th we will be playing a show with Alien Ant Farm – which is really exciting because I’m a pretty huge fan. Other than that, we’re excited be releasing our first full length album sometime this summer! I know we’re also pretty antsy to get back into the studio as well – we’ve got a ton of material and want to share as much as possible.

I don’t know about the most played single song, but lately I can’t stop listening to Hunky Dory by Bowie.

You’re stranded on a desert island. What are three things that you must have with you?

What’s your favourite concert that you’ve attended as a fan?

The Lachie Music Festival last summer was absolutely amazing. Technically we did play the event, but for the rest of the weekend we were fans, and it was a phenomenal experience to witness so many great Canadian acts in one weekend.

Who is your dream tour with?

I think touring with with Say Anything would probably be endlessly entertaining.

What’s your favourite thing to do as a pastime?

Dig into some nice classic sci­fi, like Arthur C. Clarke or Isaac Asimov.

As always, thank you for all the support, and we look forward to seeing you at one of our next shows!