Pre-Release Review – Lonnie In The Garden 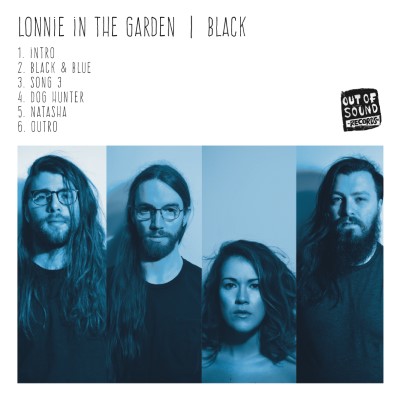 Lonnie In The Garden is a Folk band from the town of London, Ontario. The band is made up of four band members, Lynne Craven- Singer/Song Writer/Guitar, Adam Sturgeon – Guitar, Joe Thorner – Bass, and Nate Lamb – Drums. Lonnie In The Garden was formed in 2010 and has kept growing since.

Lonnie In The Garden is about to release their new full length album called ‘Black’. The album features six tracks, two of which are intro and outro that include just instrumentals. Both intro and outro give you a glimpse of the sheer talent that band puts into their music. One of my favourite songs on Lonnie In The Garden’s album is called “Song 3” and is actually the third track. It is one of the softest song on the album but becomes louder during the duration of the song. I like the way Lynne Crave vocals create the feeling of what the song is producing. It is a nice mix with the soft tones coming from the instruments. The album was a good listen and it is said that the band will be releasing another full length album later in the year.