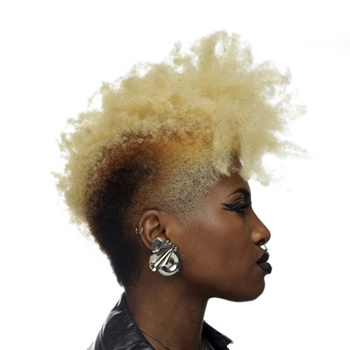 I recently had the chance to conduct an email interview with SATE. If you haven’t heard of SATE yet, you will. SATE is a perfect mixture of “Bluesy Raunch & Soul” that meets with “Dirty Rock & Roll” according to her bio, and I think that is the best way to describe her genre. She has recently released her single, “Warrior”, which I recommend you check out HERE! Now it’s time to find out more about SATE’s background, upcoming EP’s and more!

When did you know you wanted to pursue music as a career?

I would say from the time that I started getting paid to sing, which was in my early teens.

Who have been your musical influences throughout your life?

What inspires you when it comes to songwriting?

You will be releasing 3 EP’s over the next 3 months through Pledge Music, what made you decide to go this route?

I really like having a hands on/direct-to-fan approach to putting out my music, and for that matter, how I perform.  I feel this is the best way to make the experience unique and personal.

How did you choose the names of the EPS as Red, Black & Blue?

The names were chosen to reflect the colours of my guiding totem/spirit animals — the red robin, the black panther and a blue morpho butterfly.

Speaking of releases, you just put out your first single, “Warrior” from your upcoming RED Ep, how has the response been?

Yes!  The response has been great!  The best feedback I’ve heard, a number of times, is ‘I wanna see this live!’  That means, I’ve done my job.

Can you tell me about the writing process behind “Warrior” was like?

My producer, Tom McKay, and I were feeling the need for a high energy song for the Red EP.  It happened pretty quickly, Tom literally puked out that riff and then I started writing to it.  We bounced lyric ideas off of each other, to find the most concise words to get people moving.  We kept thinking about fire and inciting an movement.

When can fans expect a video for the single?

Is “Warrior” any indication of what we can expect from the rest of the songs released on the upcoming EPs?

You have been playing at Dakota Tavern in Toronto every Sunday night in April, what can you tell us about a Live SATE show?

It’s much like what you hear on record, high energy, intense, emotional, sweaty and raw.

When can fans expect to see more live dates being announced?

There’s a lot in the works right now, but if they keep an eye on my website stateofsate.com, all of the dates will be posted there.

Social media is a huge part of the music industry these days, do you find it’s an important tool for all musicians to take part in?

Absolutely!  Social media is the best way for musicians to get their music out with ultimate control, while also having almost direct access to fans and potential fans.

What was the first show you ever attended?

Coming from a musical family, it was probably my family, but outside of that, my first memory may very well be ‘The Jacksons’ Victory Tour.

If you were able to put together a tour with 2 other Canadian bands/ artist, who would you choose?

If you had to describe your sound in one word, what would you say?

Yes, four.  The OM symbol, the nickname for my daughter, a red robin and a black panther.  But I’m dying for more!

Last but not least, is there anything you want to say to your fans?

I’d like to say that if you haven’t already joined the PledgeMusic crowdfunding, you still can, because the EPs aren’t available to anyone outside of PledgeMusic.  In doing so, you have a chance to give your input on your favourite songs, and have them appear on the final album.