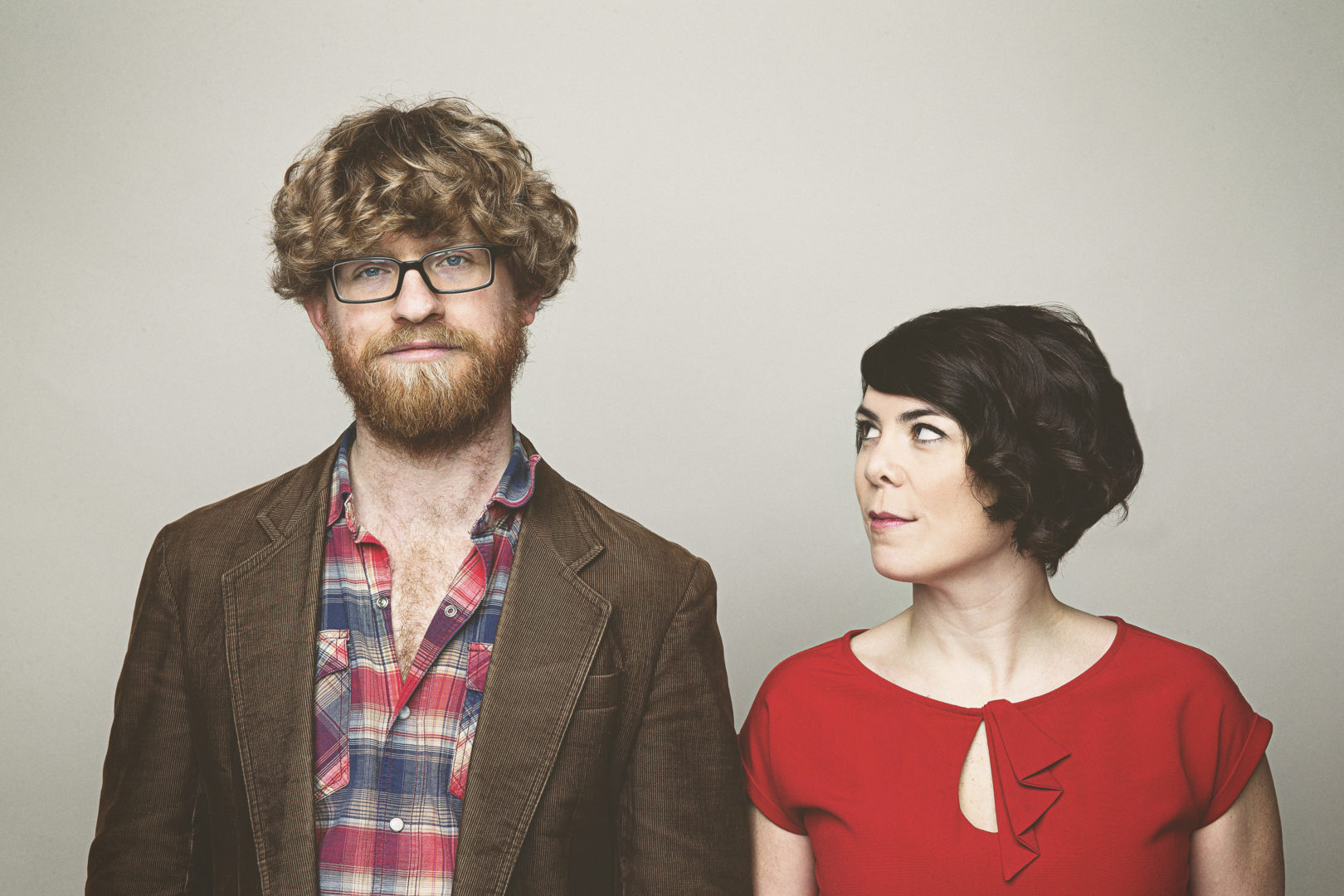 The Young Novelists are a Toronto based roots-rock band that are about to release their album, “Made Us Strangers” on April 28, 2015. I had the chance to ask the band a few questions about their background, their new album and lots more, so keep reading to find out everything you want to know about The Young Novelists!

Mike: Graydon stole us from other bands

John: I auditioned after Noel left. Apparently it was, to quote Alex, “embarrassingly bad,” but I was asked back out of sheer desperation.

Graydon: Our original line-up was all taken from other bands, it’s true. Mostly bands where I had played drums, so finding a drummer (namely Mike Paddags!) was actually the hardest part.

How did you choose the name, The Young Novelists?

Mike: Moving from Graydon James and the Young novelists to just the young novelists is a subtle hint to Graydon he is out of the band. Obviously too subtle.

Graydon: I released an album titled “Goodnight, Young Novelist” and that was the impetus for putting the band together. Laura came up with the idea to use The Young Novelists as our actual band name.

You are set to release your new album, “Made Us Strangers” on April 28, what can fans expect from the album?

Mike: More harmonies, beards and plaid then the last album.

John: I think it’s a more eclectic mix of songs than our last album. As the youngest member of the band (and therefore, the most interesting), I can appreciate having some songs on there that aren’t perfectly traditional folk songs.

Which is your favourite song from the album?

Mike: For me it is What Lies Ahead. To me it just feels like ‎our band having fun playing together.

John: I think I like “Name Your Price” the most. It turned out really beautifully, and I think it’s a great example of Graydon’s lyricism and song-writing. I also love Palindrome for similar reasons.

Can you explain to us your songwriting process?

Mike: Graydon brings in the bones of a song, lyrics/chords/melody and a vision. Then the rest of the band tries to throw as many ideas at as possible before Graydon clears away all the junk and what is left is a song.

John: Ya, Graydon comes to us with at least the bones of the songs, but I’d say even more than that. It’s rare that we stray very far from his initial vision for the song. Which is not to say that we’re heavily restricted in writing around Graydon’s vision. His vision is just usually on target.

How has your sound changed since the release of your debut EP in 2011?

Mike: Compared to the EP, this album hits more extremes. The harder songs have more edge and the softer songs are really stripped down.

Graydon: I think each member of the band has gained more confidence, both in crafting a part that shines and in taking a step back when necessary.

You also have a Pledge Music campaign going on, what made you take that route?

John: Laura had no one to go dress shopping with.

Graydon: It was Laura’s idea, and it’s true she may have secretly been hoping to make a few shopping friends… But the thing I like about PledgeMusic is that there is a give-and-take to it. When folks pre-order, they also get access to exclusive downloads, videos, and things that give us a chance to give them something that isn’t just “another album”; it’s more personal. If someone was thinking to buy the album anyway, hopefully we’ve made it even more worthwhile for them!

Some of the “rewards” on the campaign are very unique, such as Dress Shopping with Laura, Songwriting session with Graydon, or Brunch with the James/ Spink clan, how did you come up with these ideas?

Graydon: We actually had a brainstorming session and ended up with a giant list of ideas. Some of them were obviously bad; I think I offered the idea of giving haircuts. When we winnowed it down, we stuck with ones that were actually possible, and had a connection to us as well. I love brunch!

When can fans expect a single release/ music video?

Graydon: We’ve released two singles so far (“brothers in the garage” and “always make the mistake”) but we don’t have an official video yet. We’re hoping to get one made, it’s just a matter of time and how many fingers I can cross.

Are there any upcoming shows that you’d like the readers to know about?

Mike: Besides the obvious CD release in Toronto, I am really excited about getting back to Plan B in Moncton on our east coast tour in May; always a great time.

John: The album release on May 22nd in Toronto is shaping up to be a pretty nice little celebration.

Graydon: I believe Wilco is coming to town for TURF, which ought to be pretty good…

Speaking of shows, when can we expect a full Canadian tour?

John: Whenever Canada gets a lot smaller.

Graydon: We are taking it on piecemeal. In May we’ll be hitting the Maritimes, and amazingly we have already booked a house concert tour (with Home Routes) in northern Manitoba for April 2016. Slowly, but surely.

Here, at Canadian Beats we like to ask a series of random questions that may help the readers learn something new about you, so here goes:

Who is your all-time favourite Canadian band/ artist?

Mike: Lowest of the Low were huge for me when I was growing up.

John: The Constantines are the greatest band, and they’re also Canadian.

Graydon: The Band are approximately 80% Canadian, so they get my vote.

Considering, you have the word “Novelists” in your name, I have to ask, what is your favourite novel?

John: Very difficult, but let’s say Infinite Jest by David Foster Wallace because I judge my books based on weight.

Graydon: “And you’re so much like me…I’m sorry” — Ben Folds, “Still Fighting It”

Who would you love to see live, but have yet to have the opportunity?

If you had the chance to write a song for any existing TV show, which would you choose? ‎

Mike: Something where people get together and then break up a lot. Is Days of Our Lives still on the air?

John: True Detective probably. I think we could write a spooky song.

What is your current go-to song?‎

John: “Plea From A Cat Named Virtute” by The Weakerthans. I’m exploring my youthful, emotional side.

Graydon: “Lovin’ You Ain’t Easy” by Pagliaro. I love the sweet harmonies.

Mike: Thanks for listening.

Graydon: Music is kind of like democracy, and the power is really in the hands of the people who are listening. I think it’s extremely amazing, and hard to express how much it means, that people will take the time to listen to what we’re doing. Thank you for that!