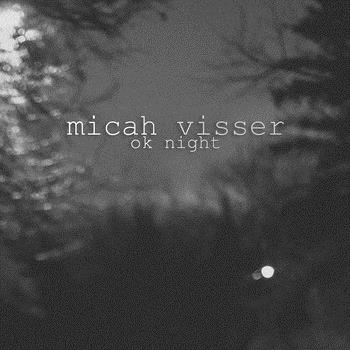 Singer/songwriter, Micah Visser is from Winnipeg, Manitoba. Micah is an Alternative Folk artist who pulls inspiration from other legendary folk artists for his songs. He has released many previous EPs such as “The Moon In A Jar” and “Today Is Nearly Over”. With the success of both EPs Micah has released a full length album called “Ok Night”.

“Ok Night” is a full length Album with 9 tracks, all with their own unique sound that Micah puts into them. The most amazing part about the album is that the physical album is recorded on a cassette tape instead of a CD, no worries you can still download the songs in digital as well.

I have listened to the album all the way through and quite enjoyed it. You can hear how much work has been put into this album. I have picked out 2 favourite songs off of the album, one of them is called “Sad Mammal Documentaries”. The song is the second track, it is about missing someone and losing that someone. It is catchy but at the same time sounds amazing with the two different vocals coming together during the chorus. My other favourite song is the title track, “Ok Night”, which is the last track. This song is recorded as an acoustic song and sounds just like he is sitting in the same room as you. This song is a very meaningful and is done very well with the vocals and guitar.