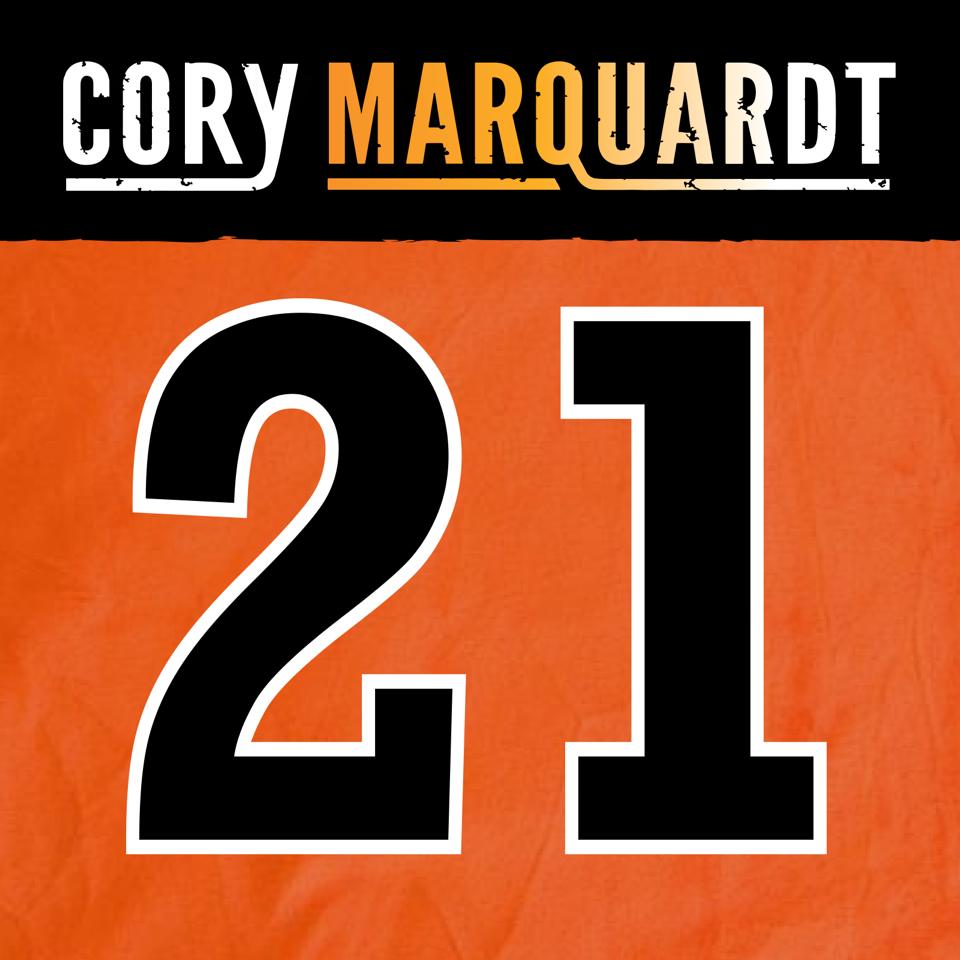 If you are a fan of Country music, I have no doubt that you’ve heard of Cory Marquardt. But, in case you haven’t, I thought I’d give you a brief introduction. Cory is from North Bay, Ontario, and he is one of the Country artists I suggest you look out for, because he’s on his way to big things. He released his single, “Smartphone” back in July of 2014, and now he’s at it again.

Today marks the release of his newest single, “21” which is off of his upcoming album, “This Man”. The album is set for release on May 26th, and after you hear this single, I am sure you will be counting down the days.

I had the chance to ask Cory a few questions about the new single, so I recommend you keep reading to find out more!

Why was “21” chosen as your first single from the new album?

I’m very proud of every song on this album but once we created that big sound for “21” and cool production we knew this was the first single. It’s a song that gives a pretty good idea of what I’m about and the new sound I’m trying to create 90’s country/80’s Rock. Not to mention I’m sure everyone can relate to this single. It also delivers that energy that you would see during my live show. My team and I are very excited for this single to hit iTunes & radio.

Can you tell me the inspiration behind “21”?

21 is a big year for anybody. You can drink anywhere you want in the world but let’s be honest, None of us wait that long. After all the crazy nights I’ve had and I’m sure many others…only God knows how we ever made it to 21.

Is this song any indication of what fans can expect from the rest of the album?

Yeah, I think it does.This album has everything from heavy country, sing alongs to power ballads. I grew up listening to many genres/styles of music especially rock so I like to incorporate that side of things in my country sound seeing most seem to be on the pop side of things. This album is based upon my live show really. Starts with a bang slow things down towards the middle then pick things back up by the end and go out with a bang, Hopefully leaving you wanting more.

I’ve saw photos of the General Lee around your social media sites, will this car be featured in the upcoming video?

You never know! I don’t think it would be a bad idea. It’s a pretty sweet car isn’t it?

When can fans expect a video for this soon to be hit?

We are hoping to have a video for “21” out with in months of the release to iTunes & radio. I’m excited to shoot it too based on the lyric of the song. I think this video could be very interesting and one hell of a good time.