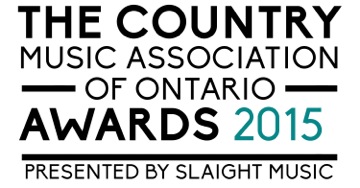 The Country Music Association of Ontario (CMAO) have announced this year’s nominees! Jason McCoy will be hosting again on May 25th at the Flato Markham Theatre. Presented by Slaight Music, the show will feature live performances by Jason Blaine, Leah Daniels, Tim Hicks, Russell deCarle, and Deric Ruttan, with more performances being announced as the event approaches.

This year’s CMAO Impact Award is being presented to Paula Chopik and Ed Leslie, the producers of the Havelock Country Jamboree, Canada’s largest country music and camping festival. The award recognizes the positive impact an artist, group, person in the industry or company/organization has left on the country music in the province – last year’s going to Gordon Lightfoot.

Tickets for the event are on sale now. Various tickets and bundles are available at http://www.ticketbreak.com/event_details/8528, starting at $59.95.

Be sure to follow the Country Music Association of Ontario on their social site for any upcoming announcements on the awards and updates on the live performances: