By Remington Fioraso on April 16, 2015@https://twitter.com/RemingtonFD 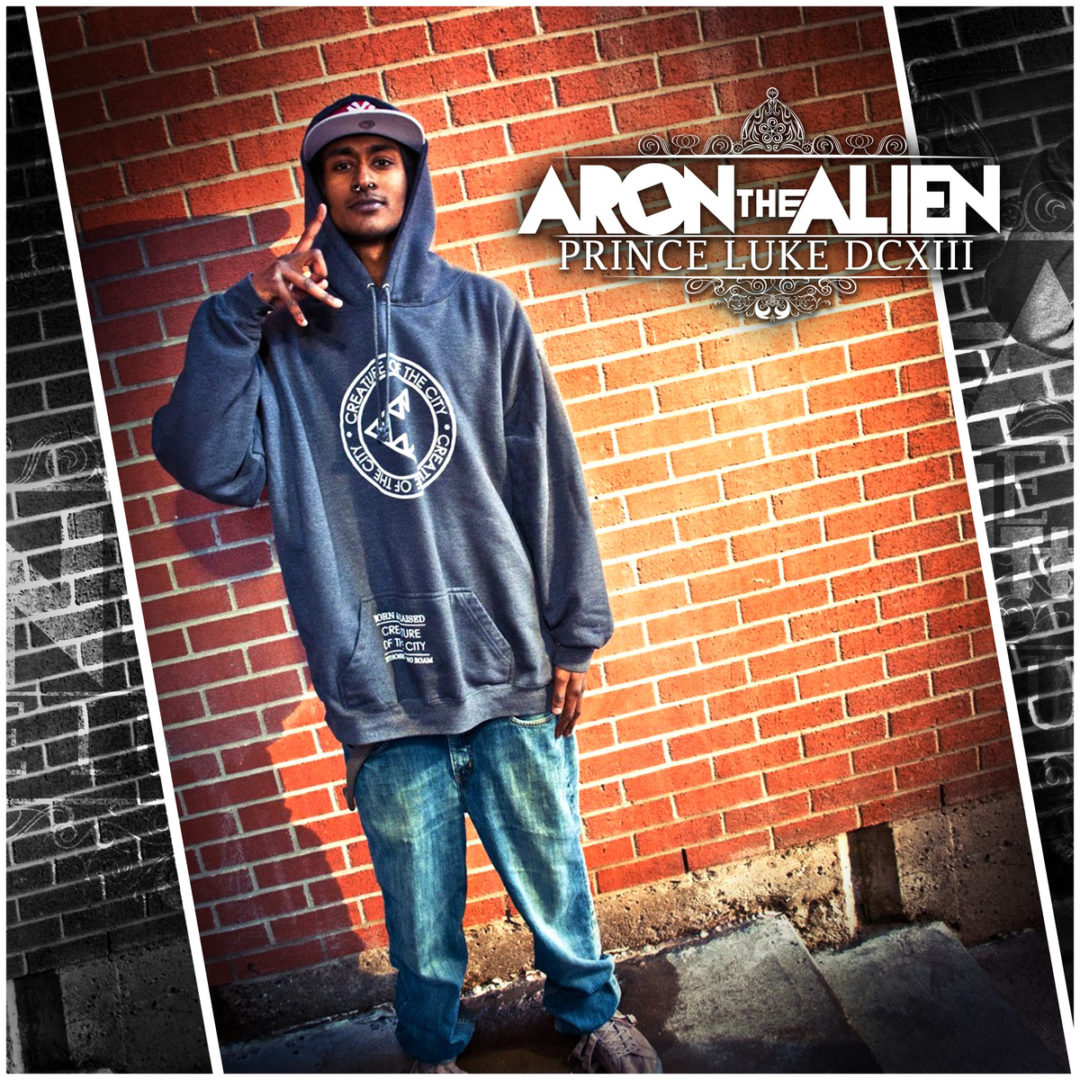 Aron The Alien is a hip-hop artist from Ottawa, Ontario.  He released his first album, Prince Luke DCXIII, on March 11, 2015 via Macho Man Music.  The EP contains five songs including the lead single “#WTFU.”

When listening to Prince Luke DCXIII, I was immediately drawn in when the vocals and instrumentals dropped.  It is difficult to not want to press ‘repeat’.  The element of the album that made the album stand out was the lyrical content.  Although the tracks were well-rounded, the choruses and hooks were well written.  My favourite tracks on Prince Luke DCXII were “Choking” and “COTC.”

Without reading about the artist prior to listening to the EP, I would not have guessed that it was a debut album.  It definitely feels like it is beyond a first release.    I am anticipating hearing more from Aron The Alien.

If you enjoy hip-hop, I would definitely recommend picking up a copy of Prince Luke DCXII on Bandcamp now.  It is worth your time checking out.