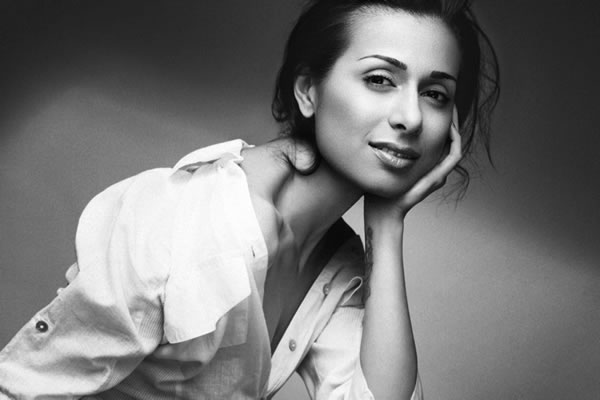 If you’ve been reading Canadian Beats recently, you already know who Tara Baswani is, but for those of you who have missed it, she is an India born, Montreal based singer/ songwriter. Tara has recently released her debut solo EP, “Quest: Origins”. You can see our review of the EP here: https://canadianbeats.ca/2015/04/09/review-tara-baswani/

Ready to find out more about this talented artist, well it’s your lucky day. I had the chance to ask Tara a few questions about her background, her new EP & single, as well as what’s next for her.

When did you first decide you wanted to pursue music as a career?

Music and poetry were my companions and chosen forms of expression since childhood. I’ve contemplated walking different paths from time to time but all roads seem to lead back to the writing board and music notes. I got paid for my first voice over/jingle when I was 14 years old and acted in my first “pro” theatre gig the same year. I guess it became official right about then.

India! I grew up surrounded by an incredible gamut of musical diversity…from street musicians to serious Indian classical constructs, jazz musicians to my first piano teacher who introduced me to Mozart and Satie. I learnt to listen with an open heart, mind and ears .My instinct is to absorb from whichever cultural influence I inhabit at a given time and play with it till I hear my own voice.

I will confess that Joni Mitchell, Miles Davis and Bjork are lifelong heroes.

You recently released your debut solo EP, “Quest: Origins”, what can you tell us about your writing process?

I’m an instinctive writer. I feel myself react to a moment and usually, the expression follows suit in melodic form. I used to scribble endlessly on my left hand and little chits of paper but have recently been introduced to the wiley charm of voice memos on my IPhone.

When I began the journey for this EP, I wanted to tell a story that had a narrative, but also was deeply personal. I began documenting conversations with women I knew, and tried to find the common ground between their experiences and my story. Instrumentation became a theatrical device for me and I tried to approach the instrumental characters based on how synergetic they were to the story at hand. Once that play was established, each song took on a life of it’s own and I stepped back into my role as the conduit  or we say in Hindi, the “sutradhar” . Producer /co writer Shri Sriram was a natural choice of collaborator from the start.  The Montreal team was a slower assembling process but a very rewarding one with Sacha Daoud, Mathieu Desy and Jay Atwill.

How has the fan response been from the album?

I love that, so far, you’ve been the first source to claim a “favourite “ track… The Right Note. Every song seems to be finding an emotional home in someone’s heart and while I’m supremely grateful and overwhelmed by that response… I really needed to pick a contender for radio play!

My most treasured responses are definitely people sharing their own stories over these songs as they write in… and other artists reaching out to collaborate over this and new material. It allows me to experience their reactions firsthand.

The video for your first single, “My Kind” was released on March 8, which is, can you tell us why it was so important to release on that specific day?

Actually, I released two videos for My Kind. The first one was a capture of a ”Live Session” released on February 18th. It was plain speak with my audience to share lyrics and a message that I wanted heard, loud and clear.

The documentary video was released on March 8th. It was the commemorative 20th anniversary of the Beijing Declaration and Platform for Action, the first historic agenda for realizing women’s rights. I had been researching global statistics on sexual violence for a while and the most recent updates surfaced around March 1st. The date seemed appropriate to share a reminder that while inroads have been made, we have not achieved enough of a palpable difference and need to strive much harder in whichever way we can to honor that agenda.

The video was shot by Montreal filmmaker/ photo journalist, Tim Georgeson, and featured you walking through a desolate street in Montreal, how was the experience of making this video?

Tim has a longstanding history of documenting social commentary with experimental art and his photography…and is a vociferous advocator of human rights. His dedication to showcasing truths in an unapologetically black and white fashion was a great inspiration for these videos.

I had shared a link to a campaign in India called “Why Loiter” with him over relating the constant fear one grew up with, walking at night in New Delhi. He wanted to draw on the metaphor of a women walking through streets and the subconscious emotions and thoughts that she experiences under the guise of a tough exterior.  We approached artists Manisha Gera Baswani and Mithu Sen who contributed works from their recent, relevant exhibits to visually allude to the fear that I had spoken about and juxtaposed these images with existing facts that stare us in the face on a daily basis.

The experience for the entire team was a gut wrenching one but not even faintly comparative to the reality the song talks about. I was grateful some days for the music that seemed to bring us back to a necessary feeling of hope.

The video projects a powerful message; can you tell us more about the inspiration and meaning behind “My Kind”?

I wrote the song as a reaction to a rape case called Nirbhaya that broke the dam of suppressed expression in India. As I lived with the song for a while, I realized this was a statement that had to expand as a reaction to the different faces of sexual abuse.

My Kind found its soul as a song of protest but, more importantly, a declaration of empowerment with four male instrumentalists playing their hearts out in solidarity (Big up to Jay Atwill, Mathieu Desy, Sacha Daoud and Shri Sriram).  It stands as a symbol of human beings coming together as one kind to voice an important agenda.

Your CD is made from 100% recyclable materials, and if I may say so myself, that’s an amazing idea. What made you decide to take that approach?

A creative expression is an all-encompassing thought process for me, which naturally includes what kind of citizen of the world I strive to become. I had wanted to conceptualize artwork for the physical music copy as a gift to an audience investing in it, but without the plastic casings that cd’s normally come in.

The art CD was conceptualized and designed by Remi Lemieux, the executive producer of this EP. He roped in graphic designer, Gabriel Aldama, to illustrate the cover image and cd design , complimenting Petra Pretzel’s  original artwork. The cd is a labour of love, and has become the perfect opportunity for me to write personal letters to people who buy this art. It sums up, squarely, what my entire team stands for as a community.

You have a show coming up in Montreal on April 17, when can fans in the rest of Canada expect to see you in their towns?

I have six more stories to tell this year and I’ll be happy to share them whenever and wherever the band and I get invited, starting this summer.

Canadian Beats is all about Canadian music, so of course I have to ask, who is your current favorite Canadian band/ artist?

Patrick Watson is definitely on loop. Half Moon Run have been there for a while and I recently got introduced to Elephant Stone who have such a great, experimental vibe.

Here, at Canadian Beats we like to include a small portion of “fun” questions that may help your fans get to know something new about your, so here goes:

An Indian band called Indus Creed… As fate would have it, the producer for my EP, Shri Sriram, used to play with them.

Do you prefer to read a book or watch a movie?

I have a voracious appetite for both but reading a book soothes me like nothing else will.

If you were asked to cook your favorite meal, what would that be?

Where are the top 3 places you would like to travel?

Japan (I can never get enough of it), Iceland( to see firsthand, Bjork’s topographical imagery),  Tibet.

If you were able to only listen to one album for the rest of time, what would you choose?

Listen closely to the rhythm of your heart and follow the path to your own Quest.