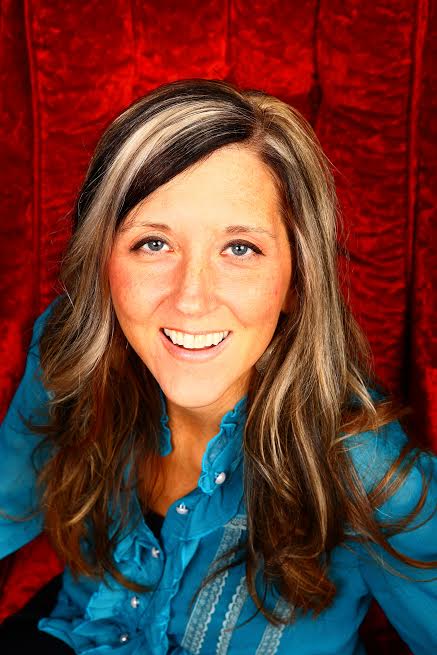 Cumberland, BC based country singer-songwriter, Brodie Dawson took some time out of her busy schedule to take part in an email interview with Canadian Beats. We had the chance to ask her about her background, her future plans and more, be sure to keep reading to find out lots about this up and coming Canadian country star!

At what age did you realize you wanted to pursue music?

I’ve always known that I wanted to be a musician. When I was little my mom bought these keepsake/memories books and each year we would put our photos from school in there and special art pieces, and we would check off what we want to be when we grow up. And there was a teacher, nurse, doctor, hockey player., veterinarian, secretary, etc. And there was another box that you could check and fill in your own and H and every year I would write in singer. My father was in a band since I was a baby and they would rehearse in the basement, and I used to fall asleep to the sound of live music in my house. I remember actually laying on the floor of my bedroom many times just so that I could hear and feel the vibrations of the music through the floor because I wasn’t allowed to be down in the basement where they were rehearsing because it was past my bedtime!

Growing up, who was your biggest musical inspiration?

Well growing up my biggest musical inspiration was definitely my father Brent Dawson, and my cousin Carolyn Renouf (who taught me all about harmonies!). I had a record player of my own in my room when I was around nine or 10, and I remember my first couple of albums that I discovered from my father’s enormous record collection and pulled up to my room to claim for my own, and they were Olivia Newton John, and Juice Newton. From there I went on to love Michael Jackson, Madonna, Prince, Bonnie Raitt, k.d. Lang, as well as George Jones and Tammy Wynette, Patsy Cline, Loretta Lynn, Merle Haggard, John Conley… to name a few!

You had your CD release party on March 13, how did that go?

It was such a lovely evening! My stellar band just knocked it out of the park! We had many special guests up on stage with us – I always like a little spontaneity along with a really rehearsed show, it really helps to create magic.

You released your latest single, “All This Time” on March 1, how has the fan reaction been?

Well I’m really grateful that people have been loving this song as much as I do! I wrote it years ago, after a break up of a long-term relationship. I felt really lost and unsure of what my next steps were and how to go about living my life without that person in it. Although I knew it was the right decision, I still didn’t know where to go from there.

Last year we were chosen to play Sunfest Country Music Festival in Duncan, and on a whim – during one of our last rehearsals, I decided to pull this song out again – it had been shelved for a decade (wow it’s crazy to even say that! A decade…) I played it for Christy and she got the harmonies bang-on right away and really just felt the groove of the song, and the rest of the band loved it right away as well.  So after only a few rehearsals we decided to debut it on the main stage evening of our performance!

I’m happy to say that it was nominated for ‘Best Roots/Folk Recording of the Year at the 2015 Vancouver Island music Awards!

Where do you pull inspiration from when writing songs?

I can pull inspiration from many places and through many ways… Typically I song write when I’m processing things in my own life, however sometimes I just like to simply sit and people watch. Before I know it the stories are born, and songs are waiting to be penned.

When can fans expect an official video for your single?

I’m not sure actually! I do have a video of “All This Time” that was filmed and edited by the incredible Shane Philip (an amazing musician and person). We released it the same day as we released the single – so that is our official video I suppose!

You were the winner of Vancouver Island 2014 Vocalist of the Year, how did that feel?

It was really awesome! I am so grateful for the Vancouver Island Music Awards… It’s a great way for our Island musicians to be recognized. There were many amazing and talented nominees in that category and so I felt very very honoured.

Hmmmm I would have to say one of my favorite songs to perform would be one of my originals called “So Hard”. It’s one of my latest tunes, and it really feels beautiful to sing it – and many people in the crowd will come up after and say they were very touched by that song. It’s a song about trust… I’d say that the second song favourite song would have to be “Paycheque to Paycheque” it’s a humorous song that I wrote to lighten the subject of money, as it’s always a pretty deep subject… I wrote the song to make fun of myself for overspending…

When can fans expect a cross Canada tour from you?

I’m not sure…? Perhaps next summer?  We will see what life brings…

If you were asked to give an up and coming Canadian artist some advice, what advice would you give?

Don’t forget to love what you do.

It’s really hard for me to pick one favourite!  Some of my faves include The Wailin’ Jennys, k.d. Lang, Tracy Riley, Leela Gilday, The Boom Booms, and Whitehorse.

As usual, we like to include a portion of “fun” questions that may help your fans learn something new about you, so here goes:

What is one thing you can live without?

Violence of any kind.

If you had a day off to whatever you please, what could we find you doing?

Laying on a sunny beach somewhere hot, doing nothing.

It was either Guns and Roses or Metallica. On my own that is… With my folks we went to many festivals etc. so maybe Valdy was my first?

My current go-to song would be Rollercoaster – One of my originals… Is an easy song to play, and it’s nice and jazzy and hip-hoppy and a good one for people to get into easily.

Thank you so much for supporting live music! Thank you so much for buying independent artists music online – we really appreciate the love. We put our heart and souls into our music and we feel so grateful when someone appreciates it, and gives us back a little bit of dough so we can make more music! Ha ha ha hee hee hee.   In all seriousness though, just thank you from the bottom of my heart on behalf of all artists!