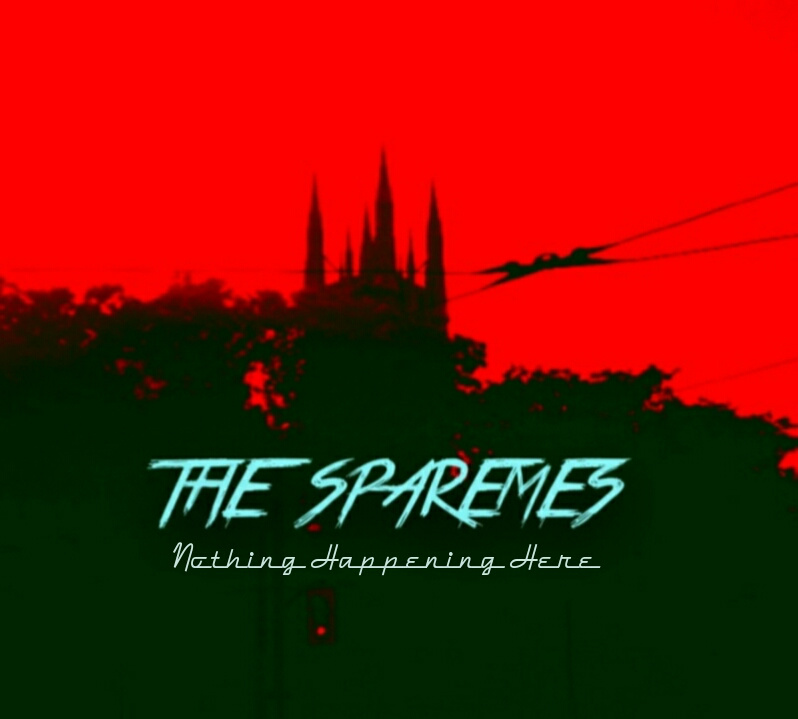 The Spare Me’s are a rock duo from Toronto. Made up of Frza and Rico, their EP ‘Nothing Happening Here’ was released earlier this year in January and was mixed and mastered by James Cain of Unprofitable Records. Not only are they at work on their second EP, but they have upcoming shows at Sneaky Dee’s on April 24th with Anchor Shop and at Rancho Relaxo on May 5th as a part of the Two Way Monologues/Indiemachine Canadian Music Week Showcase.

The EP is a short but sweet three song release. The title track has instrumentals reminiscent of classic rock from years ago paired with vocals that could be a bit louder but are nonetheless pleasing to listen to. “Disappear You” starts off much faster than the previous song and keeps up the pace, making you nod your head along. The closing song, “Jukin” is a slower song that again shows roots from influences in heavier rock.

Overall the EP, although short, is great for those who enjoy rock of any variety and I highly enjoyed it. Even if you’re not sure if you would like the EP or not, head over to their Bandcamp where you can pick it up for free.