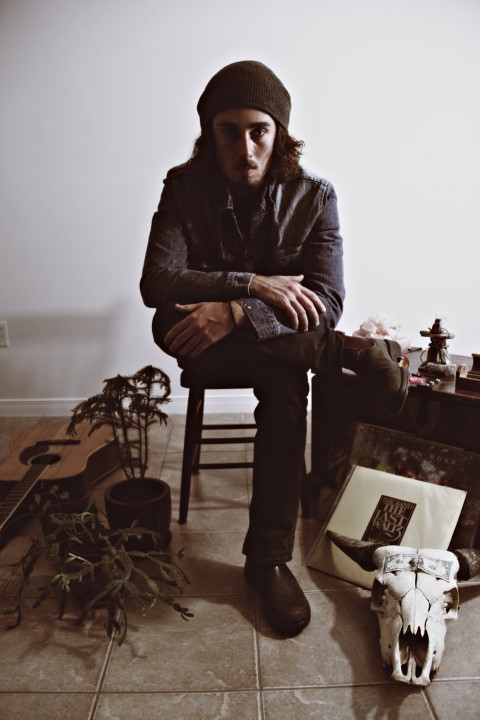 Mackenzie McRuer is a singer songwriter from Markham, Ontario. His album Running was released in December 2014 and he has since been playing shows in the Greater Toronto Area to promote that album. Keep reading to learn more about Mackenzie.

First of all, can you introduce yourself to our readers who may not know you?

Well, my name is Mackenzie McRuer and I play music. Been playing for a few years now and recently released my debut album titled “Running”.

Running was released in December 2014 through Splintered Wood Records. What was your writing and recording process like for this album?

It was a really fun time. I had written all the songs except for the title track Running all throughout the past 2-3 years and Running was a special surprise that I wrote while we were recording everything up at the cottage. As for the recording process it was recorded all over. The big chunk of it was done up north at my family’s cottage in Haliburton, Ontario. We also recorded in Brantford, Etobicoke, Markham and a couple other locations depending who/what we needed to record.

Did your writing process change after being signed to a label? If so, how?

Not really. I guess because they’re my friend’s haha. That’s why I decided to join them on their journey starting their new indie label/studio in Markham. It’s been fun. They enjoy my style so that’s why it worked out!

What song from the album has been given the best crowd reaction live so far?

Hmm its hard to say.. I guess I’d say Concrete? It has a catchy chorus that people stick with. Either that, or Country Girl. It seems to get the crowd pumping especially if I play it at the end cause its much faster than the rest. Also Running seems to get to people. They really enjoy the lyrics in it I find. As do I.

Yes! Planning for this May with my buddy Marshall Veroni, going out east hopefully.. If not May it’ll be in June but I do have dates booked towards Quebec and in Montreal for May.

Some more videos for sure as well as new songs!

Bob Dylan or Neil young just because they are legends! It would be wicked.

Who are your favorite Canadian artists?

Last but not least,  is there anything you’d like to say to your fans?

Thanks. I really appreciate the love and support. It’s been a good time so far.