Interview – Revenge Of The Trees 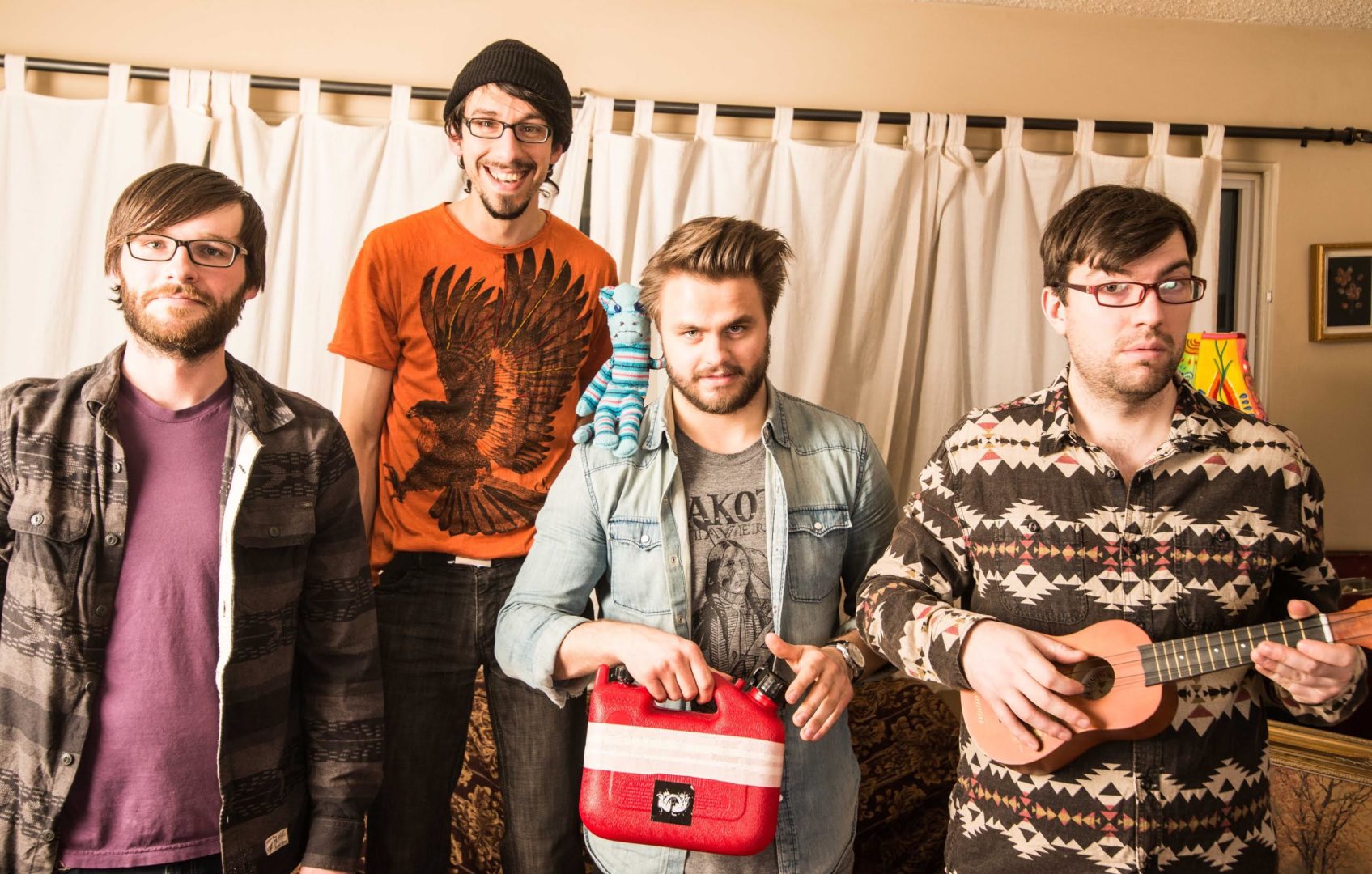 Edmonton based progressive rockers, Revenge of the Trees are about to launch their second release, “Into The Night” on April 14. I had the chance to ask the band a few questions about their background, their upcoming release, and more! Keep reading to find out lots about this up & coming Canadian rock band!

How did the band meet & form?

We all grew up in different parts of the Country. Kurtis is from Manitoba, Nich is from Alberta, Mikey is from New Brunswick and Brayden is from Saskatchewan. Mikey and Nich were the first to meet in Feb 2012 at a mutual friend’s wedding and Kurtis joined shortly after. Brayden is the newest addition having just joined January 2015.

How did you come up with the name, Revenge of the Trees?

The name came from a song Mikey had written a year before moving to Alberta. Lyrically and stylistically different from anything he had written before, it was a turning point in his song writing career.

You are about to release your new EP, “Into The Night” on April 14, how has your sound changed since your previous release?

This EP has a bit more of a live feel to it than our last release. We tried to keep it as true to our live set as possible.

All music was written and arranged by the band, can you explain your writing process to us?

Mikey is the main song writer so generally he will bring in the bulk of a song that he has been working on and the band will then jam it out and finalize it together.

You also released a video for your single, “Into The Night Part 1”, what was the highlight of the video shoot?

I have to say dressing our friends up in cloaks and animal masks and making them dance and do weird things for hours was pretty fun. Also getting to spend a day in The Artery, one of Edmonton’s most loved venues that recently closed down.

Is this single any reflection of what the rest of the EP sounds like?

The song “Into the Night Part 1” is definitely the shortest and catchiest of the EP. We tend to genre hop a bit though as well so listening to the whole EP is pretty necessary to get a real idea of what we have to offer.

You are also in the process of a Western Canadian Tour, what can fans expect from your live show?

Expect to see a lot of Mikey and Kurtis’s glasses flying off faces from them jumping around on stage plus multiple instrument changes from Mikey who plays keyboard, sax, guitar and sings.

Can we expect a Cross Canada tour anytime soon?

We’re hoping for a cross country tour this fall.

If you were able to tour with any other Canadian band or artist, which would you choose?

Our list of great Canadian bands we love is too long to write here. Our top picks would definitely be The Wet Secrets, Scenic Route to Alaska and Close Talker. Rush would be cool too.

Here, at Canadian Beats we like to include a small portion of “random” questions that may help your fans learn something new about you, so here goes: (ANSWERED BY MIKEY MUSCAT)

The first concert I ever attended was a punk show in my home town of Bathurst, New Brunswick when I was 14. Gob played the legion hall same night as my grade 8 grad and barely anyone went to the grad dance because of it. It was legendary.

Social media is a great tool available in the music industry these days, so which do you prefer? Twitter or Facebook?

Both are good for getting the word out there for shows and for silly pictures of cats and your fellow bandmates drooling on themselves in the van. I like them both.

If you were only able to listen to one album for the rest of your life, which would you choose?

Anything involving being outside. Screw you winter!

I have a tree (surprise, surprise!) with some birds on my shoulder. The rest are my own business.

Do you have any advice for bands just getting started?

Be persistent and remember why you’re doing what you’re doing. Hopefully that reason is because you love music.

Thank you for supporting us!