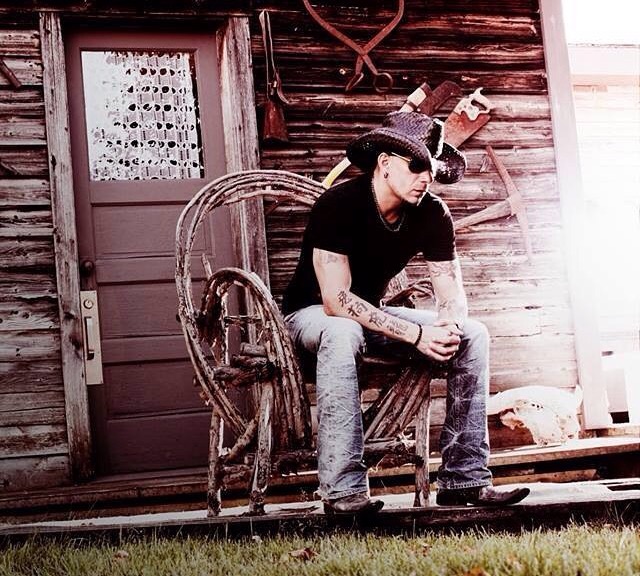 Rod Black is taking the Canadian country music scene by storm with his top 20 hit “Keepin on” and his most recent single “Long Gone”. Rod has toured with big names like Three Doors Down and Theory of a Deadman, and will be hitting the summer music festival circuit this year even playing Rockin Riverfest in Merritt BC with Lady Antebellum, Dirks Bentley, Dallas Smith, just to name a few. Rod took the time out of his hectic schedule to chat with us about his career, music and some interesting facts about himself.

What made you want to make a career out of music?

At our house growing up listening to the country legends was a daily event plus my dad played guitar as well.. He was a huge inspiration to me. At the age of six I performed in a Christmas play singing in front of my whole school family, friends. I was hooked & never looked back.. I knew where my heart would always be.

What do you think sets you apart from other country artists?

Not sure on how to answer that one, I’m just honoured to be a part of the country music community.

What’s your favourite thing about touring?

Meeting new friends along the way, hearing their stories & simply just being inspired by the road.

How old were you when you started playing guitar?

I was a late bloomer, taught myself how to play guitar in my early 20s. My focus had always been singing & performing only even though my dad encouraged me to play guitar at an earlier age, my writing partner/guitarist got a record deal and I had to other choice but to teach myself & to write on my own. And that’s when I truly got hooked on playing an instrument.

How do you handle mistakes during performances?

I just simply smile and carry-on & learn a lesson from it.

Here at Canadian beats we like to include a just for “fun” portion so your fans can learn something new about you. Ready!?

What can we find you doing in your spare time?

I spend as much time as I can with my family & being uncle to my two nieces, work on movie & TV script ideas, let’s just say I don’t sleep much 🙂

What was the first album you ever owned?

It was an Elvis country album, a gift from my dad.

What was your most embarrassing moment?

I have too many to count lol One of them was in New Jersey opening for three doors down in front of a sold-out stadium audience. Our management flew in to see the show which added a lil more pressure to the night, right from the beginning my mic wasn’t working properly but I didn’t catch on right away because it was so loud on stage I was just in my own world not releasing right away that know one could hear me.. Lesson learnt.

What can we catch you secretly jamming out to in your car?

What was your first job?

I was a paperboy in my neighbourhood.

I dislike being late for anything.

You have a ton of tattoos. Which one is the most meaningful to you?

They all have serious meaning to me, I would say the Angel piece because it represents my second chance at life, I flat-lined when I was 19 & was pronounced dead at the hospital long story there…

I consider everyone a friend & I’ve never been one for the word “Fan” we’re all “Equal” in this world, everyone has a gift to share in this life.