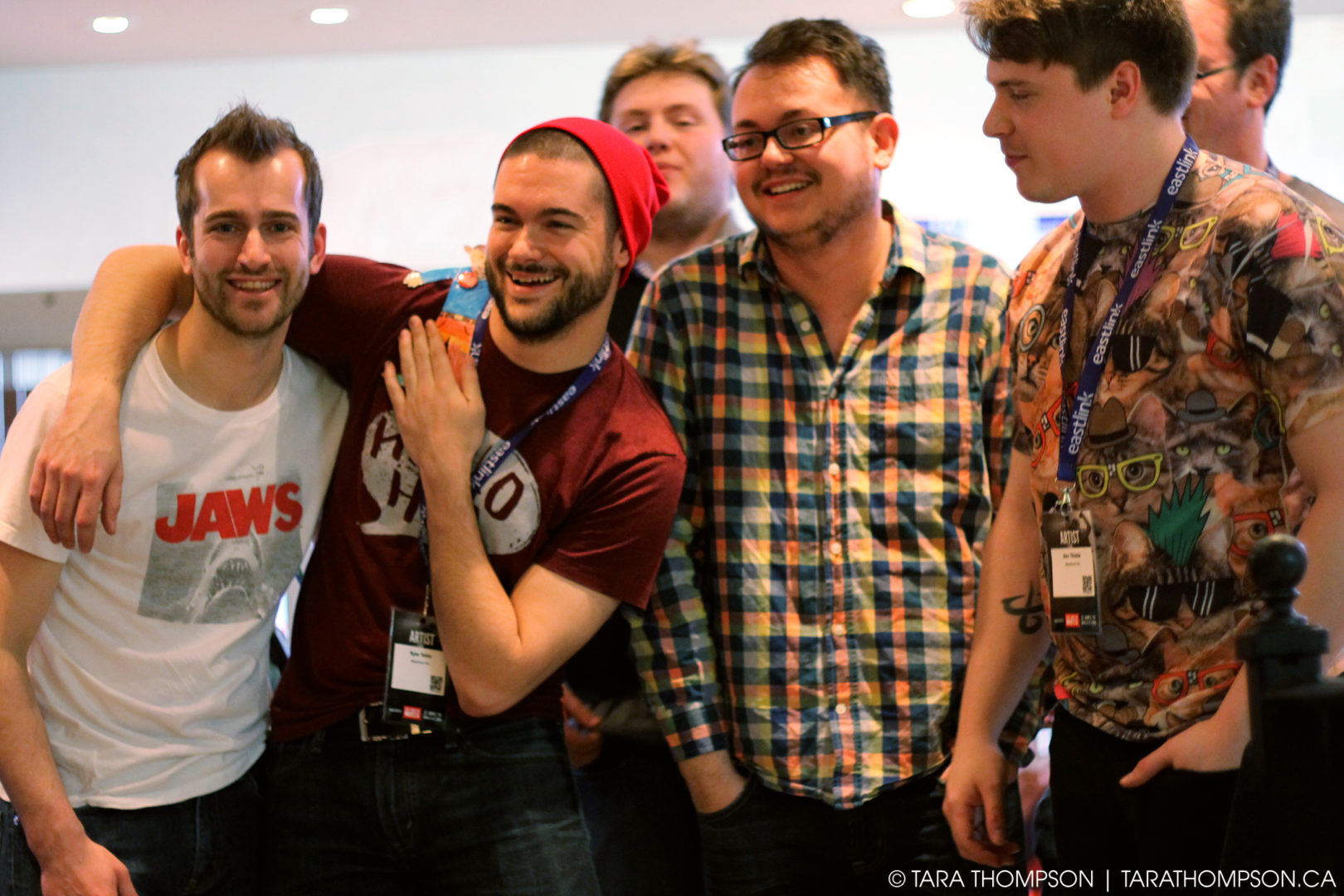 Day Two started off with a stop at the Delta where all the conference action was taking place. All week they had the Opportunity Stage set up in the lobby where they showcase new talent on ECMA radio. We popped down to say hello to our good friends in Waterfront Fire who were about to play a couple songs on that stage.

After that it was time to head to The Ship for the Rising Star Showcase. We arrived at 11 and they were already at capacity after the show only starting at 10pm. Luckily they decided to let the few of us that were waiting come in. Brianna Gosse was on stage then. Out of all the people playing that stage, she was one of the only two acts that I had already seen before. Makayla Lynn, who was nominated for two awards this week, played after her. I heard someone standing behind me say that she was only 14 years old. It blows my mind the talent that young people have these days. Up next was Kim Harris who picked up the Rising Star Recording of the Year award the night before. I noticed quite a few people in the crowd singing along to her music and she seemed to be having a really good time. There seemed to be a common trend of bands having a country vibe to them at this showcase and Dave Sampson was no different. Earthbound Trio started to really pick up the pace of the night with some folk music. The MC for the night had stepped out so the sound tech took over the duties and said that the next act, Willie Stratton and the Boarding Party were their favorite band in Halifax. They put off a very high energy set with Willie coming off the stage into the crowd multiple times. Closing the night was RocketRocketShip who had played a sold out show at the Rockhouse the night before. As always the band put off a great show, showcasing new songs and old favourites.