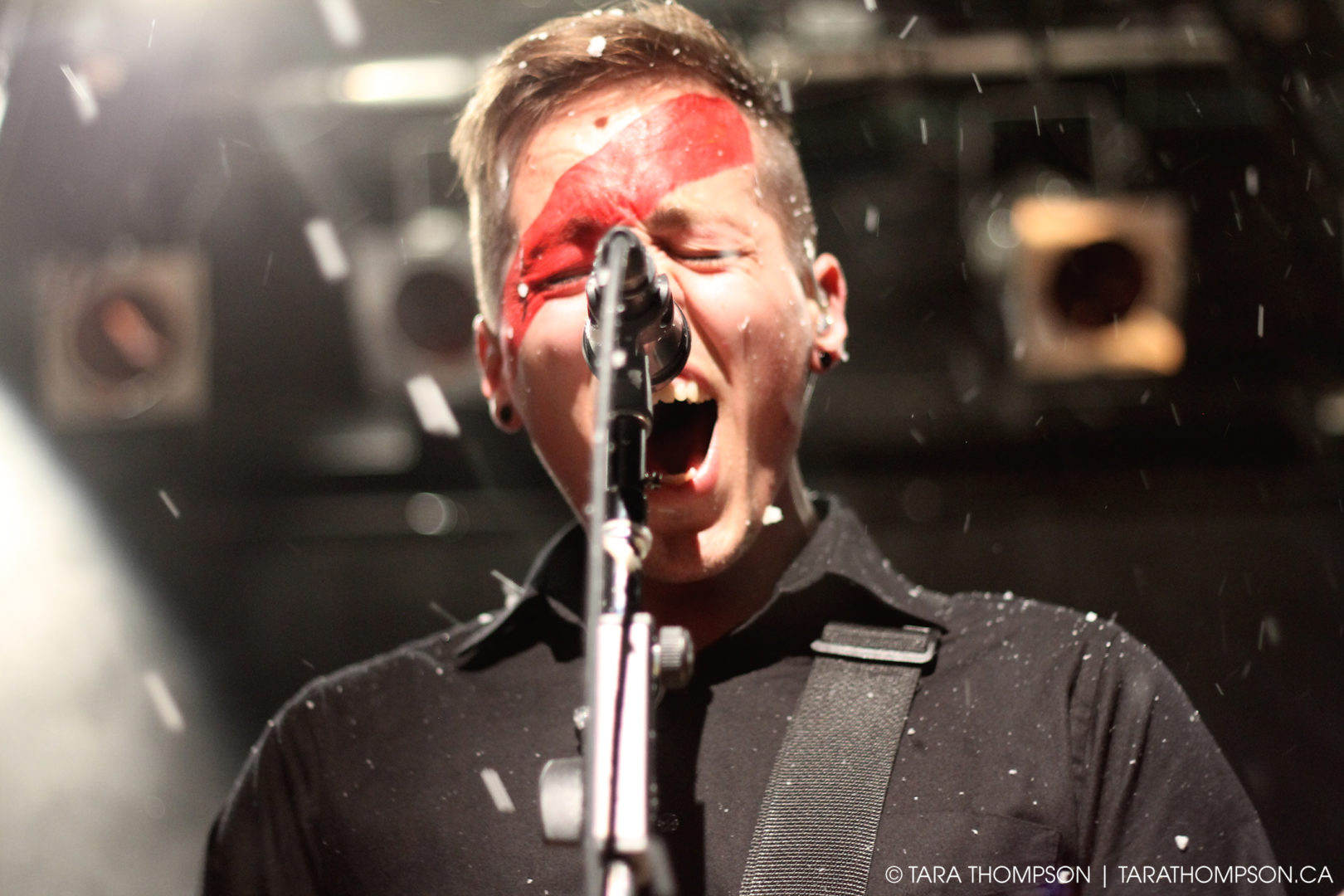 To kick off East Coast Music Week this year, musicians, industry, fans and more headed to Jack Byrne Arena in Torbay to celebrate all the great music that came out of the Atlantic provinces this year with the awards gala. It seems a little weird to start the week with what most would consider the main event but Jonny Harris, the host for the night, brought up a good point of all the performers and nominees not being worn out from a week of showcase after showcase.

There were tons of awards given away during the night, including Rising Star of the Year to Kim Harris and Solo Recording of the Year went to Carleton Stone. Both Hey Rosetta! and The Once are both touring internationally at the moment so neither were able to accept their awards, Song of the Year (Kintsukuroi) and Folk Recording of the Year respectively, so video acceptances were shown of both. In-Flight Safety took home the big Album of the Year award for their album Conversationalist. Big winners of the night were The Town Heroes who picked up Group of the Year, Fans Choice Video of the Year and Fans Choice Entertainer of the Year. Andrew James O’Brien (of Fortunate Ones) and Amelia Curran presented Fred’s Records with the honorary Industry Builder Award, but only after they gave some very moving words about the local record store and a standing ovation from the crowd. For a full list of winners, head over to ecma.com

After the awards show it was time to head to the after party at the Rockhouse where Sherman Downey, RocketRocketShip, The Combine and Cabbages and Kings were all set to play. It was close to 11:30 by the time I had arrived, only 40 minutes or so after the gala had ended, and the place was already getting pretty full. Sherman Downey hit the stage and he had the crowd singing along. He was joined by Matthew Byrne and Andrew James O’Brien for some backup vocals as well. By the time Sherman had finished, there were over 150 people in the Rockhouse and when RocketRocketShip started just 20 minutes later, they were turning people away at the door with 260 people though the door. RocketRocketShip rocked the crowd with 4 brand new songs as well as old favourites Casey and Warm Again. I think everyone will be picking glitter and confetti from their hair and clothing for quite some time. Unfortunately, I had to leave after that so I didn’t get to see The Combine or Cabbages and Kings but from previous experiences, I’m sure they put on a killer rock show.

For photos from the night, check out the album on our Facebook page! Keep an eye out for more pictures to come as the weekend progresses.