Interview – The Ghost Of Blood Alley 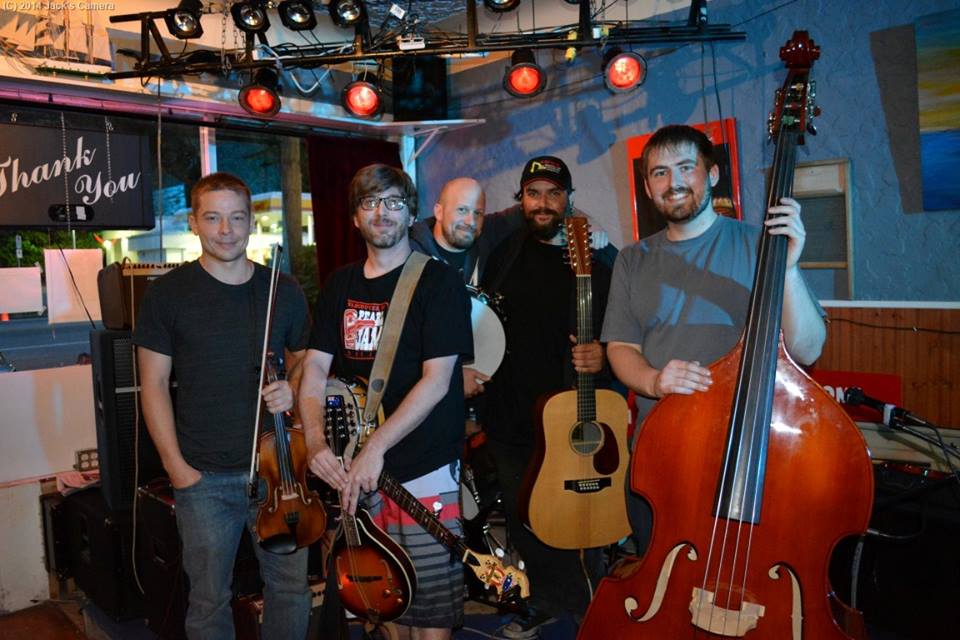 I recently had the chance to conduct an email interview with British Columbia based Folk/ Rock band, The Ghost Of Blood Alley. To find out more about this up & coming band, their background and what’s up next for them, keep reading!

Corey and Rory have been playing music together with each other now for 14 years. After Azimyth disbanded Corey wanted to start another band. He was introduced to Joel via a mutual friend. Corey then invited Rory to join the project. An ad was later put on craigslist for a metal drummer who wanted to play folk rock and drink, enter Sean. And Sean finally had known Eric for a number of years and so the last man entered the band. We’ve been together now as a group for just over a year now.

Who have been your major musical influences through your lives?

You just did a show with Me & Mae at The Roxy on March 29, when can fans expect another show from you guys?

Soon We are taking a small break for some of the guys to travel and then we’re recording an Album in August.

Are there any plans to tour the rest of the Canada in the near future?

After the album is released, we will see where the Canadian winds will take us.

You have some tracks available on your ReverbNation, and I saw you started recording an album in August, when can we expect the release?

We’re hoping to have the album released by the end of August, early September. We plan to release it on vinyl, CD and iTunes.

“My Community” was written with help from the community around you, what gave you this idea?

After watching Sonic Highways, Corey was inspired to tell a story. He’s the principle songwriter and wanted to do something different. So he drove down to Gastown and posed the question which was written on a carboard sign, “What do you love about Gastown?” to strangers. The responses he received helped him pen My Community.

You recently posted a cover of “Never Tear Us Apart”, what other songs do like to cover?

With a name like “The Ghost Of Blood Alley”, I must know do you believe in ghosts and other supernatural beings?

Sean and Rory have both had interesting events happen to them where there simply isn’t an answer. Joel and Eric do not believe in ghosts or the supernatural. Corey has seen and experienced things that he believes are of the supernatural and very much believes in ghosts.

Staying on this subject, if you were able to write a song for the soundtrack of any existing horror movie, which would you choose?

Canadian Beats is all about Canadian music, so of course I have to ask…who are you current favourite Canadian bands/ artists?

Here, at Canadian Beats, we like to include a small portion of “random” questions that may help your fans get to know something new about you, so let’s do some in the  “This or That” style…

Dogs, Cats are more like furniture that cleans itself.

We’re extremely thankful to the metal and punk community who get us. It’s pretty obvious that we’re neither punk or metal and yet they’re the people that get us. The country folk are slowly coming around. It’s all about attitude for us. We’re playing this outlaw folk rock and yet when we do a slow song, people still applaud and get us. When you to come to our show, we drink, swear and tell stories. It’s like a fraternity for those who want to see a live ass kicking show. It’s awesome to see a fan with a massive beard, patched jacket slam dancing to a rockabilly song, or a punk rocker listening intently to one of our slower ballad songs. And the woman who don’t stop dancing and give it their all.  So thanks to the men and woman who have had an open mind and gave us a shot to entertain you. We love that ya’ll relate to these songs and the music. We promise to keep delivering the ass kicking ballads.