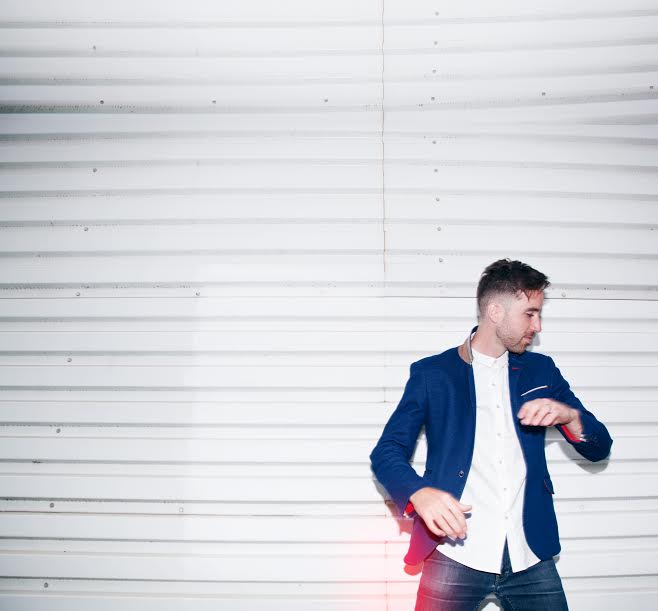 Peter Katz is a contemporary folk music singer/ songwriter from Toronto, ON. He has just released his new album, “We Are The Reckoning” on March 31, 2015.  Katz was nominated for a Juno back in 2012, and has recently signed with Maple Music Recordings.

What was the writing process like for “We Are The Reckoning”?

Rigorous. I set myself a few mandates/goals/rules.  #1 was don’t be in a rush, don’t put out a record just to put out a record, put it out when you’ve got something you’re really proud, you’re really excited about and that feels like an evolution from what you’ve done in the past.  #2 was to write an enormous pile of songs. If I’m going to call myself a songwriter, then I should be writing all the time.  I wrote over 50 songs for this record and that took some serious discipline to pull off.  #3 Was to allow myself to collaborate.  I think you can get a little stuck in a bubble as a singer-songwriter writing alone all the time. I wanted to work with people that brought new ideas to the table, challenged me, made me nervous.  I wrote with all kinds of amazing songwriters that not only inspired me but also intimidated me, that made me want to bring my A-game, that pushed me beyond what I thought I could do.  It was mentally grueling, but that’s what I signed up for, to be the best songwriter I can possibly be, and it was time to open myself up and learn from others.   I should say that a lot of the writing process for this record involved me running.  I can’t listen to this record and not picture all those runs I went on to keep my head on, feel strong and confident.  I ran hills especially, lots and lots of hills, it was the little boost that I needed in the back of my mind to be able to walk into the room with all these great songwriters and feel like I belonged there.

You recently signed with Maple Music Recordings, how has that experience been?

So far so good, they’re good people there, kind, hardworking, genuine.  The music business is often seen as ‘big and bad’, but there’s a lot of great people out there that LOVE music and want to support it.  They’ve been nothing but encouraging, supportive, and on the ball, I’m looking forward to developing the relationship with them and seeing where we can take this together.

How are you feeling now that the new album is coming out?

Depends which minute you ask me that question. There’s so much emotion around putting something like this out into the world.  So much time and energy and thought and agonizing and love (and life savings) have gone into it, you just want it all to work out, to be enjoyed, to matter in people’s lives.  That is out of my control though, so it’s hard to just let it go and hope for the best. I like to be able to control things, but all I can do is try my very best, and then hope/trust that it will find its place out there.  I will say this though, and this is hard for me to be able to say, but I really can say with full conviction, that I know I tried my very best on this record.  I didn’t cut any corners, I put it all out on the table, I couldn’t have pushed myself any harder than I did.  No matter what happens, I know that in my heart, when I look deep in there, and that’s a pretty amazing feeling. It doesn’t mean it’s perfect, I can hear things that I would change, but that’s what will push me to the next one. I like to feel like I’m always getting better, that my best work is always around the corner.  But, this is a proud moment, an excited moment, kind of like a ‘first day of school’ moment, I just can’t wait for this record to meet all the people out there.

What made you think that “Brother” should be the first lead single off of the album?

Royal and I had released an acoustic video of it around our European tour back in 2013 and it got a really strong reaction.  It felt like there was already a bit of a platform for the song and that felt like a good starting point to build from in the lead-up to the record.  We also had made this video for it that I love so much (all credit to director Christopher Mills), it felt like a good ‘first impression’ for the new record.  Also, it’s a more upbeat/poppy-er sound than anything I’ve done before, but it maintains that emotional centre that’s really important to me.  Felt like the best of both worlds, right on target for what I’m all about, while also being presented in a way that maybe more people could connect with it than my previous sound.

How are you preparing for the tours that are coming up for you?

I’ve essentially been glued to my computer trying to sort out all the logistics. I’ve never taken a full band on tour, let alone throughout Europe and across the country, there are so many things to consider that I’ve never had to consider before when I used to tour solo.  I’ve also been rehearsing like crazy, the new record has a lot of new elements for me like synths and electronic drums, etc. Lots of tech-talk moments trying to pull it all off.  I can’t wait to start playing it live, I’ve logged enough computer time for now.

At Canadian Beats, we like to throw in some fun questions.

You’ve collaborated with a lot of people, who would be a dream to collaborate with?

Joni Mitchell is so cool.  Leonard Cohen too.  Those 2 are top of the list.  I’m also crazy for this band called The Lone Bellow. They put on one of the best live shows I’ve ever seen, so good, so much heart, great singing, great songs, everything was just right. Would love to work with them.   Glen Hansard was a longtime dream collaborator but I actually got to work with him, otherwise he would be top of this list too. Watching him play many years ago was the moment that I decided I had to play music for the rest of my life.

What are some of your Easter traditions?

Cadbury cream eggs… I love those with all my heart… I have to stay away from them, danger bay.  That being said, every now and then, I’ll treat myself to one. I like to put them in the freezer and then you eat them more slowly.  Another tradition that comes to mind is our Easter egg hunts at my Grandparents’ house.  I was the baby of the family and always had trouble finding my chocolates so they would play the ‘hot/cold’ game with me to help me find it.

If you could take music lessons from someone alive or dead, who would it be?

I’d love to take a lesson in musical improvisation from Oliver Schroer. That would be a dream come true.

What would your dream tour be?

Oh man… I dream about this all the time.  All I want to do in this career is play live. I’m in this for the shows.  A dream tour is just being able to do my thing for a group of people that want to meet me in the middle.  Obviously playing the Massey Halls of the world, backed up by a killer band of amazing musicians, with great lighting/staging/sound, that would be a dream. I think a lot about building a ‘real’ show, I think about the lighting, the set design, the whole experience for my audience. I want to give people a night that they’ll never forget. I want to connect, spill over the stage, and I want it to be a trip we go on together.  Live music is the greatest thing on earth, and despite having been on tour for the better part of the past 10 years, I would play every night if I could. If I never make it to the Massey Hall’s of the world, as long as I get to do my thing and people want to be in that room with me, whatever size it is, that’ll be a dream come true. A lifetime in music, that’s the goal.

What are some of your plans for the summer?

I’ll be coming off close to 3 months of touring so I’d like to sit in a chair for a moment and just breathe, maybe read a book, enjoy a cold beverage.  Soon after that though, I’ll be heading out to Alberta for most of the summer to do some work with teenagers that I’ve been doing the past 2 summers. Hard to describe but it’s kind of a character-building session for them where we take them hiking, rock-climbing and white-water canoeing, helping them to overcome fears, discover a greater sense of self, and work on skills like empathy, trust, integrity, core life stuff like that.  Obviously I play a lot of music for them too, it’s one of my favourite things to do and it kind of fell into my life from people I met while on tour. I’m really looking forward to that, it’s such a nice contrast to the self-centeredness that comes with the territory when you’re putting your own music out into the world. It’s nice to forget about ‘Peter Katz’ for a while and focus on someone else’s needs.

So many things, but mostly thanks for letting me in.

Peter Katz is about to embark on a Canadian tour in May, if he is in a city near you make sure to check him out.