By Remington Fioraso on April 4, 2015@https://twitter.com/RemingtonFD 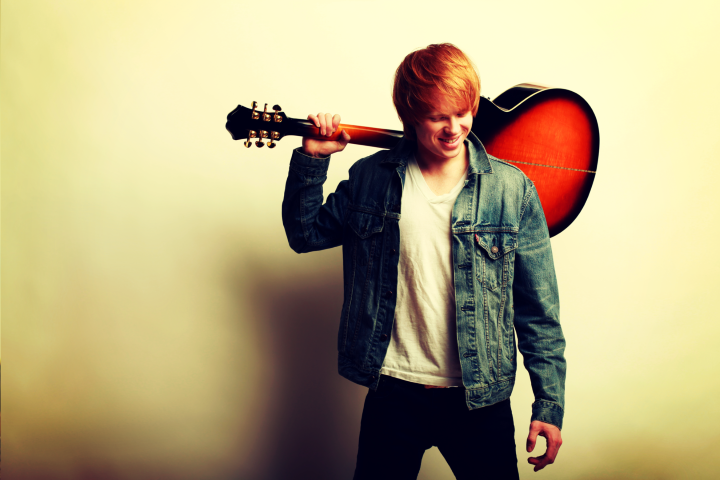 Currently based in Vancouver, Wes Mack is a country artist, director, and actor from Calgary, Alberta. He recently released his latest single entitled “Before You Drive Me Crazy” to country radio, iTunes, and YouTube. I had the opportunity to conduct an email interview with Wes.

My influences are fairly wide in scope.  My earliest memories listening to music were my parents’ old Beatles and Hank Sr records on Vinyl.  I’ve played in a lot of bands in my life covering songs from Led Zepplin to Nirvana and the Red Hot Chili Peppers over to The Band, Justin Timberlake and many many more.  I’m grateful to have an eclectic background and to have played with so many great players of different genres.  You can always learn something new.  These days I think some of my greatest influences within country music are folks like Eric Church, Dierks Bentley and Keith Urban.  I recall a studio session or two where we often asked WWKUD (What Would Keith Urban Do?).

What inspired you to venture from acting into music?

It’s funny, a lot of folks assume I was into acting before music but the reality is actually the opposite.  I started my first band when I was 13 and have been playing music since I was about 5 and got a violin.  My father is a musician and actually had a number one hit in the 60s with a band called The Sugar And Spice (so music has always been a big part of my life).  When I was in my 20s I got into acting, first in theatre and then in film and television.  I was extremely lucky to have a great deal of success in a relatively short period of time in acting.  It also allowed me to get into directing.  I’ve now directed 11 music videos (including all of my own) as well as a couple of other projects.  But, through all of these chapters I have always been playing music and I don’t plan on stopping.

How has the reception been for “Before You Drive Me Crazy” so far?

I’ve been rather amazed with the response “Before You Drive Me Crazy has received so far.  Having already released two singles independently it has been a very interesting experience seeing it from the side of having a major label behind me (Big Machine / Universal).  As I write this the song just reached #7 on the Canada Country Chart making it my highest charting single thus far.  I’m very grateful for the team I have behind me and to all of the fans who have ultimately allowed me to do any of this.

What inspired the concept for the accompanying music video?

For the “Before you Drive Me Crazy” music video I really wanted to do something visually attractive, but also complex in terms of narrative.  The opening dream sequence is really where the concept started and grew from there into an interesting series of locations and characters.  From my director chair I was trying to combine the films Inception and Drive…. Because those films are bad-ass.

What can fans expect to hear from the album?

Fans can expect my debut album to be a journey.  Written and recorded over three years the songs have evolved along with me and my journey through this business.  I really tried to never have any “album” tracks” in that I don’t want filler on my record.  We spent three years on this because I wanted it to be the best it can be.  There are so many amazing artists out there, and if I want my fans to listen to my record I owe it to them to give them all of me…. Nothing less.

What has been the recording experience like for you?

The recording experience of this album has been a long one, and I don’t mean that in a negative way.  I began the recordings that make up this album in 2012 as an independent artist, and yet I am concluding it working with a very large team three years later.  It has allowed me to grow and ultimately be very patient in terms of writing the songs that I want to define my debut.  I am very proud of what we have put together.

My favorite Canadian musicians are Head of the Herd, Haley, Paul Brandt, One More Girl, Our Lady Peace and Cat Blonde.  I also get super nostalgic when thinking about Sum 41.  There are likely 10 million other ones to name here…

What is your favourite album?

Perhaps Chief by Eric Church.  I still have a soft spot for Our Lady Peace’s Clumsy…

My first convert was Fred Penner as a very small child.  Incidentally I got to see him years later as he played a tour of universities and came to UBC.  He played the Pit Pub (typically a VERY dirty place) and had it jammed packed tighter than I’d ever seen…. People sat cross legged on the floor and drank beers hearing childhood favs…. He then stuck around and signed autographs for every single person at the show…. That guy is a boss.

My favorite food is pizza.  Boom.

I owe my fans everything.  I released Duet in 2013 with no record label, no agent and no money to market it.  The reaction to that song brought the industry attention to my front door in a way I could never have done alone. The song reached the top 10 on the country chart and allowed me to tour this country with some of the biggest names in the business, and to build a record that I hope will make everyone proud.  Thank you for giving me a shot.

And for those trying to take a shot, you can do it… focus on songs above all else.  Above all the flash, social media, videos, touring, merch etc…. it’s all in the music.