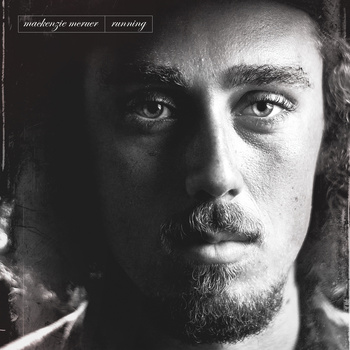 Calgary born, Markham based singer/songwriter, Mackenzie McRuer released his debut album, “Running” on December 11, 2014. The album was produced by Markham-based studio Splintered Wood Records and is available on all digital music outlets.

The album features Mackenzie on lead vocals, as well as acoustic guitar. He is joined by Rose Brokenshire on harmonies, Kennedy on percussion, bass, electric guitar, banjo, mandolin & piano, and also Benjamin Rogers on fiddle.

The album is made up of seven songs, all written by by Mackenzie himself. As soon as I hit play, I was hooked. “Concrete” is the first song, and I can see why he would make it the first track, because as soon as it started, I knew this was going to be an amazing album.

I can’t begin to choose a favourite on this album, as I love each and every song and have been listening to it on repeat for days. That being said, I will say that the title track gave me chills. I would love to see Mackenzie perform these songs live, and hopefully someday I will.

The final song on the album, “Country Girl” is more upbeat than the rest and has a slight twang to it, which was a surprise, but as the rest of the album, I enjoyed it thoroughly.

I want you all to head to bandcamp and buy this album. If you are a fan of artists like Andy Brown & Joel Kamps, you will absolutely love this album.