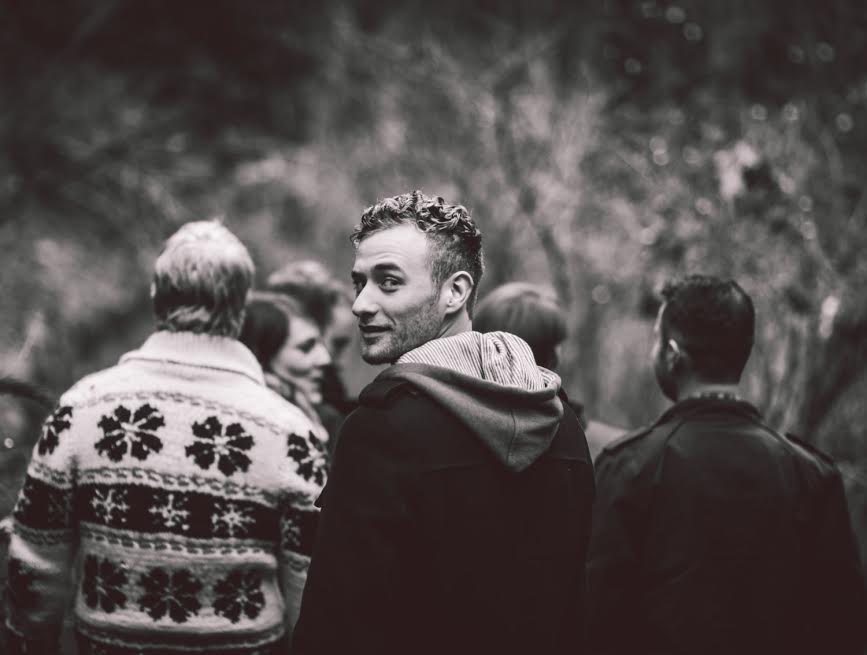 Victoria, BC based Indie Folk band, Towers and Trees is a name I’ve been hearing a lot lately, so I thought it only right to share with the readers! I had the oppurtunity to ask lead vocalist/ guitarist, Adrian a few questions about their upcoming tour with Mike Edel, as well as their background, new music and more!

If you are intrigued about this band, and want to check out one of their upcoming live shows, head HERE for more information!

How did you choose the name, Towers and Trees?

This project largely came out of reclaiming a sense of artistic identity and worth for myself. When I started Towers and Trees, it felt like for the first time in years, I was able to plant my feet and say, “this is who I am and this is what I do.” It followed a three-year-long stretch of feeling displaced both geographically and figuratively. At the end of that stretch, I still didn’t have a clear sense of where ‘home’ should be, but I did perhaps have a clearer sense of what it could be, and for me, “Towers and Trees” sounded like home. It sounded familiar and safe, but also exciting and full of possibility; the perfect place to house my music.

… I’ve also been told it has a great ring to it.

When did you first decide you wanted to pursue music as a career path?

I feel like that’s something I’m still deciding every day! This dance between creating music for its inherent value and creating it for commercial value is something I’m still very much feeling out. I spent several years in my mid-20s feeling burnt out by the idea of being a musician because I couldn’t separate the two and just shut down entirely instead. Towers and Trees became a possibility when I realized I could define my own parameters of success: if I am creating and sharing music, I am a successful artist, period. Now that our music is finding a market, and both the black and red dollar figures are of more and more consequence, it’s beginning to make sense to think of this as a “career” choice, though that term still feels awkward like an itchy new sweater. I prefer to think of it as a “journey.” Also… it’s not like any of us have quit our day-jobs yet, so perhaps we’re still at the trailhead of this career path.

You will be releasing your debut single, “FREE” on April 7th, what can you tell us about the song?

I spent a couple years living in a small town in BC’s arid interior, and was always fascinated by that hard line at the edge of the suburbs that separates the harsh, scrubby desert hills from the putting green lawns and white picket fences we’ve somehow superimposed on them. There’s a restlessness in this song that isn’t satisfied with the artificiality of what’s right in front of us. It’s a song about seeing, or at least dreaming about, what lies beyond, and counting down the days until we can break free and chase it for ourselves.

You have also released “West Coast” which is the title track from the upcoming album, how has the fan response been for this song?

It’s been so heartwarming! We were all actually a little uneasy releasing this song to the world because it’s quite a departure from our first and best-known song “Montreal” (which is light, upbeat and sonically sparse). It’s also an incredibly important song for me – perhaps the most important – in terms of the album and the story it tells. It’s about forgiveness and drawing that line in the sand that separates what was from what may be. In a way, releasing it was also a bit of a line in the sand. it was our chance to say to our community: this is where we’re going; are you still with us? The overwhelming response has been “Yes!” which is about the most we could ever hope for.

What was the highlight of filming the video for “West Coast”?

Daniel Pender (the videographer) and I both knew which ‘side’ of the west coast we wanted to showcase in this video: grey, misty and brooding. Yet sure enough, two days before our scheduled shoot day, the forecast was calling for uninterrupted sunshine! Rather than reschedule, we decided to embrace the surf tradition of “dawn patrol,” and hit the road at 4:30 AM so we could start shooting at first light. The pay-off was extraordinary. The entire beach was wrapped in a cold morning mist. We could hear sea lions barking in the early morning surf; literally thousands of birds circled all around us. By 8:30, the sun began cutting through the mist, leaving these glorious golden trails you can see in the final shot of the video. By 9, the mist was burnt off completely, the sky turned bright blue, and our day of shooting was done. We got everything we needed in that short window.

You released an EP entitled “Broken Road” in 2012, how has your sound changed since then?

“Broken Record” really began as an act of redemption and discovery for me as a songwriter and musician. It was my opportunity to reclaim a sense of artistic identity by creating something totally authentic and organic, with complete disregard for commercial or industry standards. It was recorded in a living room for the cost of two pre-amp rentals ($40), and even the first run of CD sleeves were hand-painted and stamped. It also became an act of community, as a small parade of my favourite musician friends – most of whom became members of Towers and Trees – came in to add their gift (guitar, fiddle, voice, etc.) to the collaborative layer cake we created together with producer Ben Lubberts.

The main catalyst in the evolution of our sound came when we took our music to the stage and realized just how big and anthemic it could become. We’ve honed and refined that sound now for two and a half years, and that was the motivation behind choosing a professional studio (Electric City Sound, Victoria BC) and an incredibly skilled producer engineer (Alex Aligizakis) for this new album. We wanted to take the same spirit that was in the first record – a collaborative, community experience – and create something that equals or even challenges the richness and scale of our live show.

You will be taking off on a Canada-Wide tour on March 25th, what can fans expect from your live show?

For Towers and Trees, our live show has been one of our strongest assets right from the beginning. We try to wow our audience at the same time that we try to draw them in and make them feel like they’re part of the experience. We love to get people clapping, singing and dancing along one moment, and following us into very quiet, intimate places the next. I think people are hungry for community these days, and somehow I feel like that’s what we’re able to foster in those moments.

What stop are you most excited about on the tour?

Well our Victoria shows are always a highlight, and since this one will be TWO sold-out nights at one of the city’s most iconic locales (the Roxy Theater) AND is our first real chance to showcase the new music to our hometown crowd, it’s going to be incredibly special! That being said, how could we NOT talk about the fact that after nearly three years, we’ll finally play “Montreal” live IN MONTREAL!! Whether there are 5 people there or 50, that’s going to be a moment I’ll never forget!

I can’t help but notice there are no East Coast dates on the tour, are there any plans of doing an East Coast tour in the future?

YES! I don’t think we’d ever live it down if we didn’t! Our drummer Jesse spent a good part of his teen years in Newfoundland, and our Newfoundland fanbase has been very vocal about us making a trip to the rock (some have even come as far as BC to catch our show!). So it is VERY high up on our bucket list to make it out to the East Coast. I think for this first outing, we just didn’t realize quite how huge Canada is, and couldn’t quite swing the time required without having to quit our day-jobs.

Canadian Beats is all about Canadian music, so of course we have to ask….who is your favourite Canadian band/ artist?

Oh gosh, too many to name! I actually think I’m a pretty good poster child for how Can-Con can work! If you ask me to name my favourite artist and don’t include “Canadian” as a qualifier, the answer would still largely be the same: Leonard Cohen, Feist, Bahamas, Dan Mangan, Stars, the Arcade Fire… T&T HEARTS Canadian music!

Here, at Canadian Beats, we like to include a portion of questions that may help your fans learn something new about you, so here goes:

Ooh… this one’s a bit embarrassing, but I’ve been meditating a lot lately on the architecture of a good pop song. Not pop like “da club” pop, but pop as in ‘populist’, as in the kind of song that appeals to a broad range of people and will be sung around campfires or by cover bands 10, 20, 50 years from now. One of the best pop songwriters out there right now is Ed Sheeran, and I have been listening to “Thinking Out Loud” on repeat for weeks. I would LOVE to write a love song like that!

What was the first concert you attended? What was your last?

I got to see the Crash Test Dummies play the Victoria legislature building lawn for the 1994 Commonwealth Games. I don’t remember the music but I remember my 6-year-old sister getting lost in the crowd of 30,000. NOT the best first-concert experience. The last show I saw was Stars and Hey Rosetta at the Royal Theater in Victoria; it was magic.

If you were only allowed to bring 3 items with you on tour, which would you choose?

1. wax ear plugs so I can get a silent night’s sleep anywhere. 2. my smartphone, for all the wrong reasons (I’m addicted) 3. my guitar of course

Sorry… virgin skin and quite okay with that.

If you were able to write a song for any TV show, which would you choose?

I like to think I could write some pretty bitchin’ entrance music for WWE wrestlers, but I’d harken back to the glory days of the late 80s/early 90s (yup, humming Hulk Hogan’s theme song as we speak).

Thanks and stay tuned!