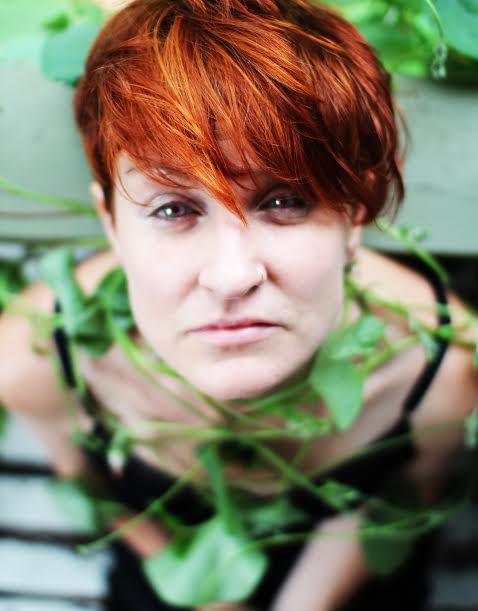 Ambre McLean is a singer/songwriter from Guelph, Ontario. She has been in the music industry for over a decade, with her debut EP being released in 2004. Now signed with Northwood Records, she has recently released her newest single “Butterfly”. The song comes off of her latest album, ‘Me’, which was released in September 2014. She has said that the song was written after she heard that a childhood friend had passed away from cancer. The proceeds from this single are going to be donated to the Canadian Cancer Society. Be sure to check out her social media links as well as our review on the album.

I have to say that “Butterfly” was one of my favourite songs off of ‘Me’ and now that I know the story behind it I like it that much more. What made you decide to donate the proceeds from the single?

Thank you, that is so nice to hear.

This past summer, my Mom lost her best friend of 50 years to Cancer.  Again, I was reminded  how difficult the struggle is, for survivors and for the one’s who are left to mourn those taken… By donating the proceeds from “Butterfly” I feel like I am contributing to the fight, even if in a small way. I want the song to reach those who need a glimmer of hope.

Was the song hard to write because of your personal connection to it?

It was difficult on an emotional level I suppose. “Butterfly” was one of those songs that poured itself out in an afternoon. I had just heard of the news about my friends passing, and about her young family that was left behind. Although I had not spoken to her for many years I was profoundly affected by the news of her Cancer battle. It naturally made me reflect on my own life and my heart hurt for those who had remained close to her. She was so young and it reminded me of how fragile, unpredictable and unfair life can be at times. The song is an expression of the frustration I felt but also of the hope that wherever she is, she is free from her fight.

Who are some of your major musical influences?

All of it ha-ha. I am influenced by pretty much anything with a rhythm. From the noise of a street car, to incessant dripping water, to the clicking sound your car indicator makes… There is music in everything and I am constantly inspired by even the simple things that we see and hear around us every day. Musically, I was heavily influenced by my singer/songwriter parents. I remember my Dad introducing me to Bobby McFerrin when I was young and that was the first time that I thought about the voice as a multi-faceted instrument, one that is capable of so much more than just carrying a melody. I would say that is where my “looping” influence comes from. I think I was born in the wrong era, my ipod has a lot of music from the 30’s, 40’s, 50’s.

Do you have a favourite song off of ‘Me’?

It changes all the time. I think immediately after a song is written, it becomes my favourite until a new one comes along. It was very much the same for me while recording the album. Songs were made new again by giving them all the bells and whistles. Listening now, I am brought back to those places so every song is sort of my favourite.

It was so much fun. I recorded it in my own studio with my producer/husband Matt Connell. He engineered and co-produced the album with me at our old country church Studio called Northwood Studios. I used many of my friends on the album, even my Dad made a guest appearance as the organ player on a few of the tracks. The album also showcases a song that I co-wrote with my Mom, called  “I Was Wrong”.

Are you working on any new music?

I am. “Me” is the first in a trilogy series that is being released separately. The next installment “My Heart”will be released later this year and then “The Moon” will follow. In the end it will be approx 24 songs in length and will highlight my guitar, piano and looping material.

Lots! I am planning a few mini tours across Canada as part of VIA RAIL’s Artists on Board program. I’m also showcasing in Cannes France in a few months so I am excited about that. I have another recording project with good friend and fellow songwriter Preetam Sengupta. We have already recorded 8 songs and are planning on a 2015 release under the band name ‘Crash Bamboo’. Festival season is upon us as well so I will likely be performing in some fantastic line-ups in the next few months!

If you could collaborate with any band or artist, who would it be?

Tricky. I’d probably include some of my musical friends, Donovan Woods (Toronto), Robyn Dell’Unto (Toronto), Tara Holloway (Ottawa), The Town Heroes (Halifax), to name a few. Canada is a pretty exciting place to be. There is so much incredible and amazing music happening right under our noses.

What has been your favourite concert to attend as a fan?

That is really hard to answer, I’ve been to a few over the years… I would have to say that one of my most memorable would be seeing Bryan Adams perform at LIVE AID. I wasn’t particularly a fan of his at that time but I obviously knew many of the songs that he had released over the years. I had never seen a solo performer hypnotize an audience of that size, while also making me feel like I was the only one there. I learned a lot that day about relating to my audience. Telling stories and sharing relatable tales are a huge part of my live show. The joy in performing for me is making everyone feel like they are having their own special experience, and leave the show feeling like they learned a bit about me as a person.

I love performing my looping material. All the songs are sampled live and I find it exhilarating to do something like that on stage. It takes so much concentration and really exercises my skill-set so I feel like I’m working haha.