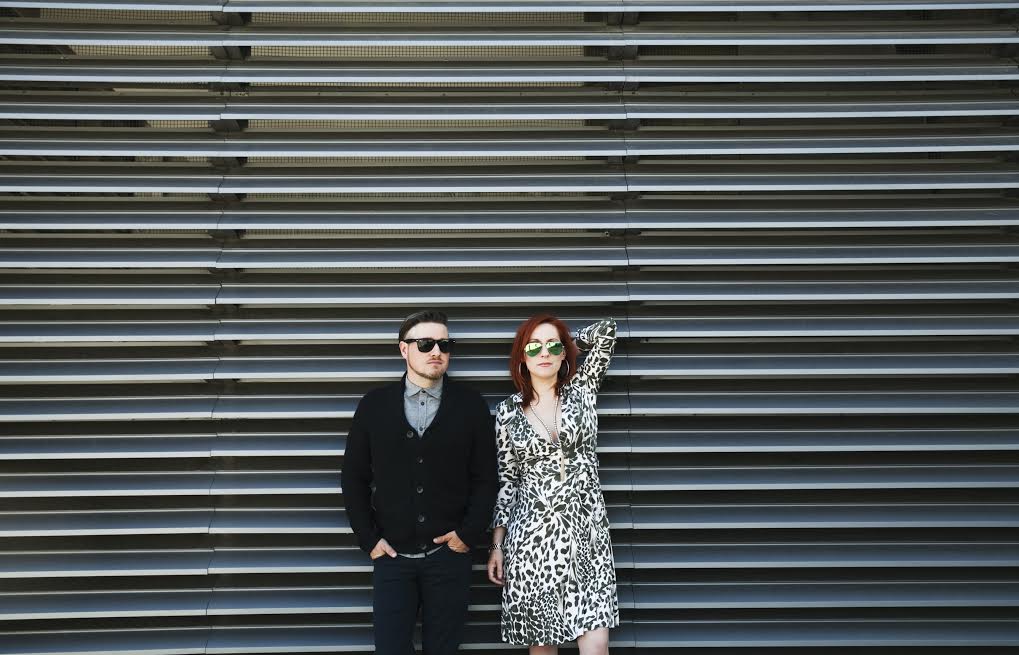 Small Town Pistols have just released their first single off of their second album since coming together as a duo. The album comes out in May and the single is called “Can’t wait to meet you”. The single touches on the real life experiences of both Amanda and Tyler becoming parents. The single is sure to become a hit and after already winning a CCMA last year for Group of the year, Small Town Pistols are really making a name for themselves in Canadian country music. We were lucky enough to catch up with Amanda and Tyler via email to discuss their new adventures.

Your new single is called Can’t Wait to Meet You. How has becoming parents changed your writing style?

Tyler: I don’t think it’s changed it that much. I can say it is a lot more challenging to co-write with a baby strapped to you but you kind of just go with the flow. If anything, there may a deeper breath to the love that spills out when we write because we now know a different kind of love. That can’t help but shine through.

How do you balance touring and family life with children?

Amanda: We were raised in the music industry so it’s definitely a continuation of what we already know. Organized chaos! But we wouldn’t have it any other way. Thank god we have a great support system.

Tyler: You always need to make sure that there is a healthy balance between everything. Don’t spend all day with your computer or your guitar, take the time to spend with your family and vice versa, take time for your musical passions. Touring has become a lot easier with technology like FaceTime. You get to see your family everyday, which is such a blessing!

Do your children enjoy your music? What song of yours is their favourite?

Amanda: These babies definitely love music!! I was basically still jumping around on stage 8 months pregnant. I still think he’s still too fresh to know exactly what song is his favourite.

Tyler: Benedict loves when I sing to him and usually can pass out in the car when we are playing tunes. My 4-year-old Blake is more of a rock and roll dude but he really loves a song called “Jester In A Crown” off our new album Pistotolgy.

Have you ever had any awkward moments meeting someone for the first time?

Amanda: Dolly Parton was super intimidating for me. I’m such a fan!

What is your favourite and least favourite thing about growing up in a small town?

Tyler: Such a tight knit community and lifelong friends. You can always count on getting together with the same 20 people every holiday and you have been doing it for 15 years. My least favourite thing is that if you don’t like certain people its REALLY hard to not run into them at the LCBO.

My favourite Small Town Pistols song is “Blame it on the Radio.” What songs do you hear on the radio that really strike a cord with you?

Amanda: Way too many to mention. Right now I love Hozier.

Tyler: I will second that, Hozier blows me away. Also as summer gets closer I am really digging the Vacationer album.

The album comes out in May. What kinds of things can we expect to hear?

Like the last record we always strive to have a wide variety of songs. But this album definitely feels like an evolution from the last one. There isn’t as much heartbreak bleeding out onto this one.

After the album comes out what is next for you guys? Can we expect a cross-country tour?

A bunch of summer shows are planned for us. There are a lot of fans in cities we haven’t played yet so we’re looking at a cross Canada tour in the fall possibly.

You recently announced you are playing the Boots and Hearts Festival with some pretty big names. What about this festival are you most excited about?

They have built an incredible reputation for great line-ups and incredible crowds. That festival was desperately needed for Ontario. We’re stoked to see some of the other acts play!!

You have been playing music since the 90’s, what is your favourite 90’s tune?

Amanda: I’m all over the map. I loved “Where Have You Been” by Kathy Mattea. And “Black Hole Sun” by Soundgarden

Tyler: It’s so hard to choose, I would definitely say “Thunder Rolls” by Garth Brooks and “Say It Ain’t” So by Weezer

You have a pretty impressive fan base. Do you have any fan encounters that completely took you by surprise?

Amanda: Probably the time Tyler got hauled over a security fence by a bunch of teenage girls trying to get their hands on him. His face was priceless.

Tyler: Probably anytime that Amanda was proposed to or asked to sign a dude’s chest. I mean seriously … what do you say or how do you react to that?!

Other than musical talents, what other talents would you say you have?

Amanda: When I have time I love to paint. It’s therapeutic for me.

Tyler: I am such a nerd so I’m pretty damn good at taking apart an iPhone and fixing stuff that’s broken in it… need any repairs? LOL

If there was a book written about your life up until now, what would it be titled?

Tyler: It would be a choose your own adventure titled “A Hitchhikers Guide to Dealing with Puberty in the Music Industry”. I most definitely dealt with that!

And just for fun, Who would win in a fight, Spider-Man, Batman or Queen Elsa?

Amanda: Batman all the way!!!!

Tyler: Spider- Man would talk too much, Elsa would sing too much … Batman would just get down to butt kicking… so obviously Batman!