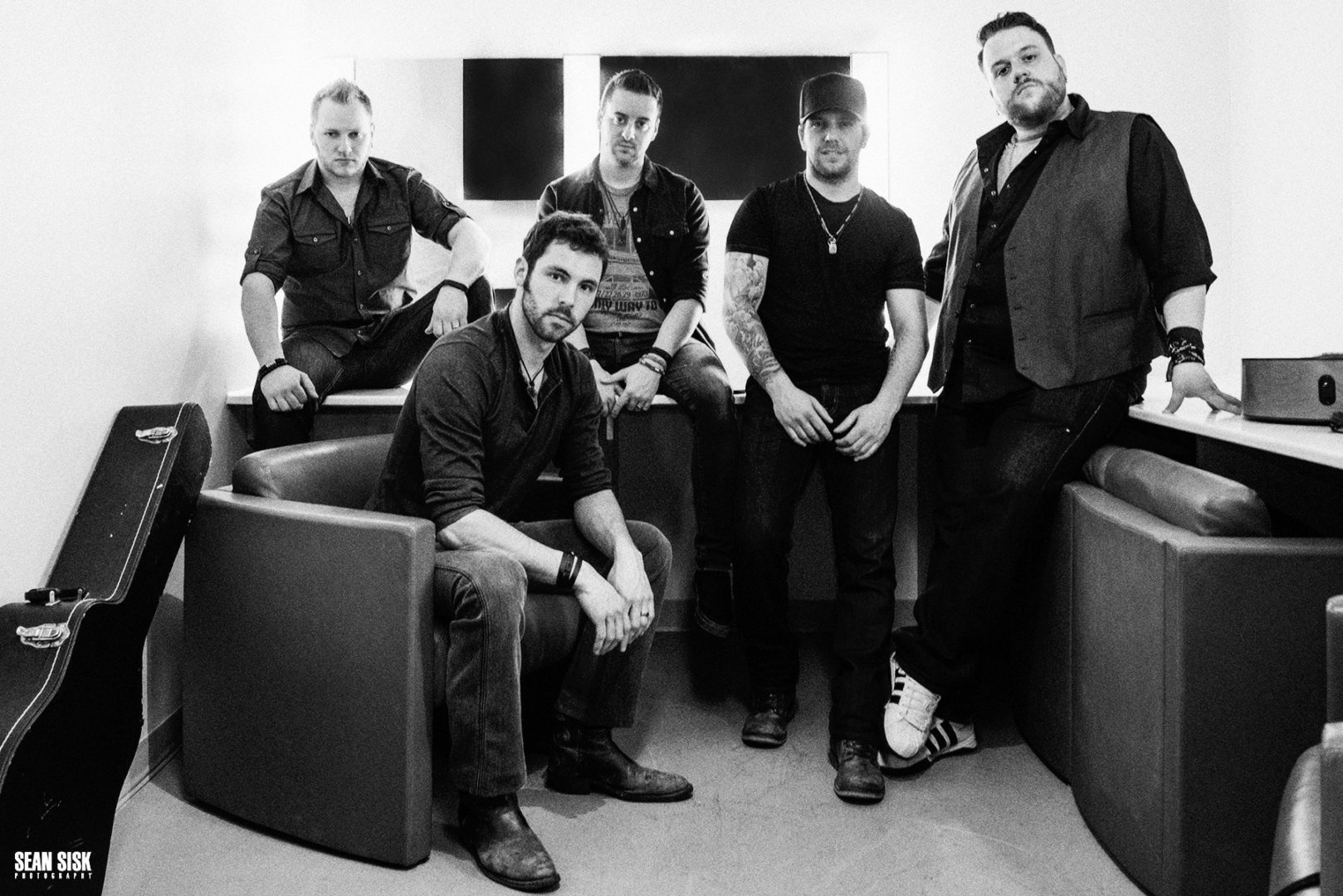 Ontario based country/ rock band, River Town Saints consists of five members including Chris Labelle (Vocals), Jeremy Bortot (Lead guitar), Chris McComb (Rhythm guitar), Dan DiGiacomo (Bass) and Jordan Potvin (Drums). The band was formerly known as Labelle, so you may know them by that name. I recently had a chance to ask the band a series of questions during an email interview, so if you’re ready to find out more about this up and coming country/ rock band, keep reading!

How & when was the band formed?

Chris McComb: Chris Labelle and I met in August of 2013 at the Navan Fair while I was in a band opening for Jason McCoy. We had discussed writing songs and performing acoustic gigs together. Labelle had been pushing his solo stuff to various record labels and when he got a call from one of them in December of that same year, we got together with Jeremy and decided to perform as an acoustic trio. Not long after we felt like they wanted to go the full-band route so they recruited Jordan on drums and later recruited Dan on bass, both of whom had played together with me in the pop/rock band Static Notion.

You recently had a name change to “River Town Saints”, how did you choose this name?

Well, as this had started as a solo project for Chris Labelle, the Labelle moniker just made sense. After the band had come together there had been talk about finding a band name but we couldn’t come up with any suggestions that we liked so we left it. As we started working closer with the record label we were informed that the name was copyrighted by Patti Labelle and we would have to change it. For the next six months we exchanged suggestions with the folks at the label with very little success. One day Jeremy suggested River Town Saints and it just felt right, and our contacts at the label agreed. The “River Town” part refers to our home town of Ottawa, which has a river running through it, and “Saints” refers to how we’re basically the nicest people in the entire world… And Self-Absorbed Saints was already taken. Hahaha!

You are aiming for a Summer release for your debut EP, can you tell us anything about it?

Well, there are a lot of moving parts that still need to come together. As previously mentioned we’ve been working with a record label and we’re currently discussing logistics. If all goes well we should see a late summer/early fall EP release, but at this point nothing is set in stone.

We like songs that make people wanna have a good time. We like songs that harness our energy but also give us an opportunity to show off our vocals and harmonies, as each one of us sings. We’ve all been doing music for years and have pretty solid connections, so we’ve been blessed to be able to write with some established songwriters in Nashville, Vancouver, and Toronto. Because the vast majority of our songs deal with being social and coming together to have a good time, we figured that it only makes sense that the songs be written in that way.

When can fans expect a single & video from the band?

We’ll be looking to release one to promote the EP, so late summer is the goal, again, if all goes well.

Who has been your main musical influence through the years?

The beauty of this band is that we all have a wide variety of influences from rock, gospel, funk, pop, metal, hip hop, bluegrass, etc. We try to draw from all our influences while keeping them anchored in the country rock sound. So it’s hard to pinpoint one main influence, but we dig a lot of classic rock along with some of the modern country talent like Eric Church, Tim Hicks, Luke Bryan, Brad Paisley, Zac Brown, Jason Aldean, etc.

You will be doing a show in Toronto in April, are there any other dates we should know about?

That one is a big one for us. We’ll be playing at the Phoenix which is a legendary venue! It’s kinda mind-blowing that we’ll get to play on the same stage that the Rolling Stones have played. We also have some fairs and festivals we’ll be playing in the summer, and we’re always doing the pub scene. Keep your eyes on our Facebook page because there are a lot of dates that are going to be added to our schedule in the next little while. It’s going to be a busy year for us and we’re very excited about it!

If you were to choose another Canadian band to take off on tour with, which would you choose and why?

Well, we just wrapped up a tour with Tim Hicks and we had the time of our lives. He and his band are the nicest most down-to-earth people you could ever meet, even though they are musical wizards! We’ve had so much fun that we would tour again with them in a heartbeat. We’d also love to tour with Dean Brody as well. He’s just another Canadian Country artist who we look up to. He’s been tearing it up for years and it’d be a dream come true for us to tour with someone like him.

Here, at Canadian Beats, we like to include a small “fun” portion to our interviews, which may possibly help your fans find out something new and exciting about you…ready?!

Labelle – simple Dance Mix 96
McComb – When I was about 7 years old I bought the one of Trooper’s greatest hit albums called “Hot Shots” on cassette with my allowance and listened to the song “General Hand Grenade” nonstop that whole summer.
Jeremy – Columbia House intro deal: I got Nirvana Nevermind, REM Monster, and Aerosmith Get a Grip
Dan – As a pastor’s kid I was raised on gospel music. When I was 8 I bought Free At Last by DC Talk on cassette.
Jordan – I remember I had one of the NHL games for pc, and there was a tune on it called Last Resort by Papa Roach. Their Infest album was the first I ever bought!

If you were asked to perform a cover song, which one would you choose?

Well we love taking non-country songs and “countrifying” them. Right now we have a country version of Macklemore’s Thrift Shop that we do live that crowds seem to be getting a real kick out of.

We got a song called Don’t Stop that has a simple groove that seems to connect with audiences right away. So we never do a gig without playing that one. We also have an energy booster called I Like It Like That which gets people stomping and clapping right away. It seems to be quickly becoming a fan-favorite

Labelle – Winter days, you’ll find me playing hockey on the pond on those summer days you’ll find me on the golf course
McComb – If it’s summer you’d likely find me tinkering with my 86 Chevy pickup or touring around in it.
Jeremy – Hanging with my wife & kids, writing music, or out in a forest with my camera
Dan – Playing music. Writing music. I don’t ever stop. Or sleeping
Jordan – Always starting another project around the house or on a car. I can’t sit still.

What is your all-time favourite movie?

Labelle – The Goonies
McComb – I usually fall asleep by the time the movie is half over so I have no idea.
Jeremy – Mine’s a tie between Jurassic Park and Return of the Jedi
Dan – It’s a tossup between Training Day and 21 Jump Street.
Jordan – I’m thinking the classic, Spaceballs, is my top one

If you were to recommend one Canadian band to your fans, who would you recommend?

There’s so much good Canadian talent out there! Madeline Merlo is an up-and-comer and she’s just exploding with real raw talent! She’s definitely one of our favourites and so she’s always on our recommendations short list.

Thank you! Thank you! Thank you! We’ve made so many new ones recently and it’s blowing our minds just how much love and support we’ve been getting from people we don’t know. Mere words can’t express enough how much we appreciate every single one of you. We hope to meet as many of you as possible!