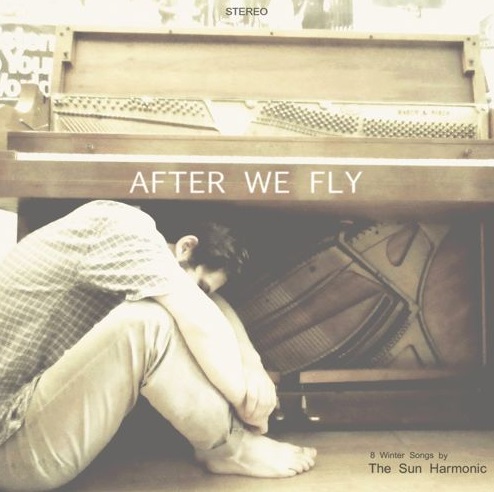 Toronto based Folk/ Rock musician, The Sun Harmonic, otherwise known as Kaleb Hikele. The latest release is a selection of 8 Winter Songs on an album called “After We Fly”, which was released on March 10, 2015.

This is a preview of his upcoming double LP, entitled “Winter” which will feature 22 songs and be released in 2016. There is a great range of genres in “After We Fly” from Folk, Jazz and Rock.

A lot of the music on “After We Fly” has a somewhat calming effect with its gentle folksy feel.   My favourite is the first track, “As I Go Away”, which I found myself singing along with and felt completely mellow.

“Poison Myself” has more of a Jazz feel to it, but nevertheless evokes the same calming effect that I spoke of earlier. If you’re in the mood for a more upbeat, energetic tune, then the final track on the album but be what you’re looking for. It has a strong presence, and sounds more theatrical than the rest of the album.

The Sun Harmonic did an amazing job of putting together a group of songs that will attract the listener and keep them listening. I personally cannot wait to hear the upcoming LP.