By Lindsay Newman on March 26, 2015@https://twitter.com/lindsaynewman_ 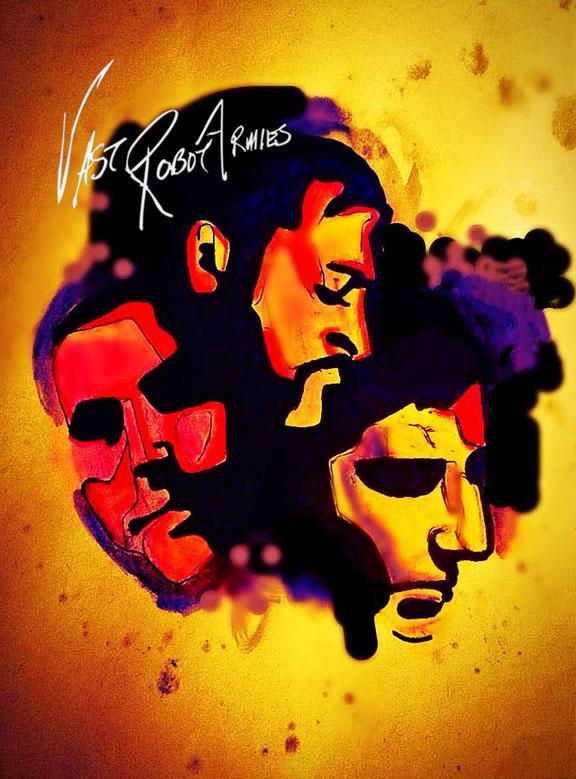 Jason: Well, for me, there have been 3 distinct era’s I jumped around in. The 70’s Pop and Prog Rock era,  bands like Supertramp, ELO, Talking Heads Genesis, The Beatles, Foreigner. The 80’s hard rock era,  I will always stand by early 70’s Van Halen. It holds up. Good songs are good songs. The 90’s post punk and alternative (?) era: bands like Fugazi, Jawbox, Drive Like Jehu, Failure and of course Shiner.

What was the process like going from two separate bands to one?

Jason: Well, to be clear Sundiver still exists. John and Joe have a slew of shows in Kansas City all through May For me it was fantastic. Being the sole member of a band is lonely, and leaves all the fingers to be pointed at you. So from my perspective it’s great.

Joe: With Sundiver still being active, I feel like this is just making a career in music a reality.

John: yes, Sundiver is still very much a thing. I’m very thankful for the opportunity to collaborate with Jason and I look forward to doing another record.

What has been the response been like for the recent release of you LP “Little Creatures”?

Jason: It’s been great. In all honesty, you always have a lingering doubt or small dread surrounding the “unknown” factor. We knew we had done a good record together, but there is always the feeling that we are close to it and biased. Too close to see the forest through the trees, if you will. But thus far it’s been beyond my expectations from a feedback and interaction perspective. I can say enough good things about the people that have reached out and supported us through the making and release of this.

Joe: So far I have heard nothing but great things from people that have heard it.

John : I have gotten positive feed back from everyone I have talked to that has listened to it. I think there is a little something for everyone on Little Creatures.

What made you decide to keep the name “Vast Robot Armies”?

Jason:  Well, 1) it’s a pain in the ass to play the “name the band” game. 2) I don’t think any of us really considered that we should change it. It just felt right.

Joe: I had no opinion on the matter.

John : I thought the name was great and easy to google.

When you guys are writing music, what is the writing process like?

Jason: Very topical question. I just sent Joe a demo of a new song via email tonight, so it’s very much like that. For Little Creatures, a lot of those songs were fairly mapped out and deep in the demo phase. So a lot of what I sent had solid bones. That said, none, had lyrics. So I sent all of them to John and Joe (in Kansas City), and asked John to choose some songs to write and sing lyrics for. He chose Mousetrap, Moving the Needle and Your Ex Knife Set. But in the end he sang on even more than those 3. Joe would work with the layered files and explore the simple guitar leads that were on the demos and expanded upon them. From here on out, the demos will be far less structured. I’d rather have if far more open to creative input and interpretation.

Joe: Pretty much what Jay just said. Typically Jay will send either John or I songs ideas via the interwebs and we then (John and I) start to write our own twist to it.

What made you want to pursue a music career?

Jason: I started drumming at 5 years old, even from that age it felt like something (playing music) that resonated with me and felt right at a core level. I guess I always feel most relaxed and comfortable while writing and playing music. So when you think along the lines of “what do I want to do for my life” in any sort of existential sense, it was an easy choice. That said it’s ironically anything but easy.

Joe: Music is a spiritual experience for me that I cannot achieve anywhere else.

At Canadian Beats, We like to throw in some fun questions to help the fans get to know you better.

Who are some of your favourite Canadian bands/ artists?

Jason: No Means No, Dearly Beloved, Metz (*on a side note. With Joe and John being American, I’m willing to bet they couldn’t name 3 Canadian bands.)

Who is someone you would like to tour with?

Jason: Ha! From a fan and “It would be super practical” perspective

Joe: I would love to go on tour, with just about anyone.

How did you celebrate this years St. Patrick’s Day?

Jason: Right. Ya, I totally missed it. My birthday is 2 days after St Patrick’s day  so I tend to gloss over St Pats Day.

John: I actually road tripped to St. Louis with my friends and caught a Swervedriver show that wasn’t coming to Kansas City.

Do you have any Easter traditions, if so what are they?

Jason: Not really. We have a family cottage on Georgian Bay and we get together and hurl eggs at each other with great velocity. But that’s everybody’s deal right?!

Joe: I will eat chocolate Jesus’ and remember that a giant rabbit died for our sins… or something like that.

John: In past years I have had a tendency to work that day. If I have the day off, I will probably get bloody mary’s and brunch with my girlfriend because that’s what we do if we don’t have to work on a Sunday.

What music festival would you love to play at?

Jason: Middle Of The Map in Kansas City because it would make my band mates John and Joe so very pleased, as they live there.

Jon : From a practical standpoint. Middle of the Map fest

John: Austin Psyche Fest, Middle of the Map, Lollapalooza. We would need to gain a bit more popularity to achieve that I’m afraid.

Last but not least, would you like to say anything to your fans?

Jason:  Of course. First, in all honesty I still have a hard time getting my head wrapped around that concept, that we may have “fans”. Being unabashedly Canadian, I cannot bring myself to believe we are worthy of anybody really being a fan of us. But apparently we do. Which blows my mind. I would say “Thank you so much! For any second you may have  spent listening to a song of ours, or anytime you spent reaching & offering up kudos or kind words of any sorts, or if you spent any of your hard earned money supporting us. You people are the true artists. Because you still love MUSIC (and I mean beyond VRA, I mean music in a broader sense…), you listen to it, you love it, you support it. That inspires bands like ours to keep going and be a part of all of it.”

John: Buy the record.. haha. No for real, buy it.A