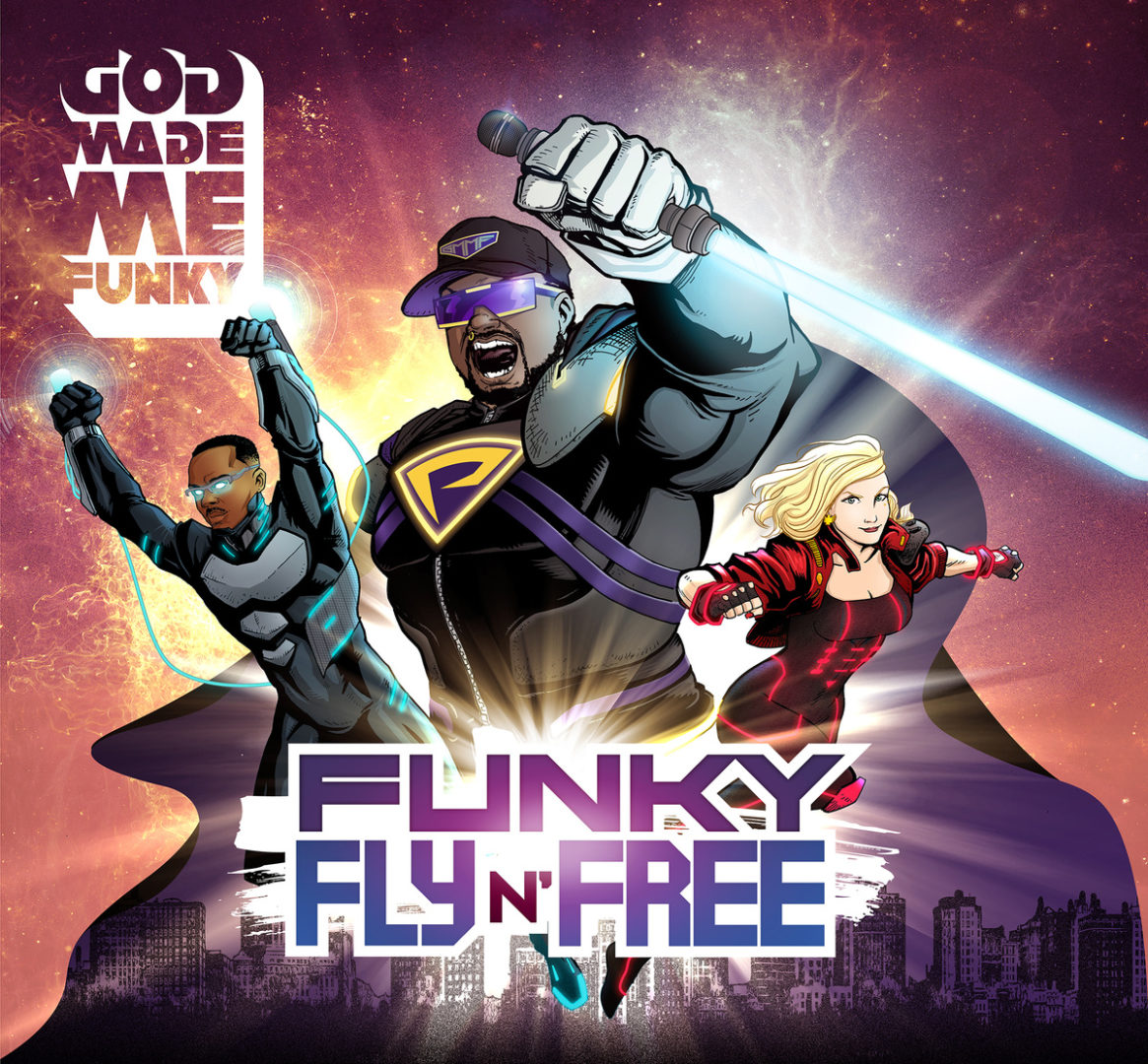 Funky, Fly ‘N Free is the sixth full length album from God Made ME Funky. The album comes after a three year hiatus. The band has been bringing high energy performances and killer beats to the scene since 1996. In that time they have earned themselves some serious credentials including a 2007 Juno nomination for R&B/soul recording of the year for We Can All Be Free and a Toronto’s readers choice award for entertainer of the year in 2012. After a resume like that you would expect nothing less than great music, and that’s what this album accomplishes.

“Funky, Fly ‘N Free” is the title track. It has a total 70’s disco feel with just enough cool to not make you feel like you just found your grandma’s old vinyls. It makes you want to get up and dance. This song gave me energy and I couldn’t help but smile while enjoying the listen. “Everybody Get Up” is sure to do exactly that. You can’t help but get up while you rock out to the funky rap verses and bouncy beat. “Back to the Future” touches on tough issues like sexuality and politics but still keeping true to their fun and funky vibe. The album closes with a song called “Vacay”, The stellar vocals and prominent beat keeps you wanting more.

This album is the perfect step back into the music scene for God Made ME Funky after their hiatus. Their loyal fan base will be more than happy with this impressive, high energy, feel good record.