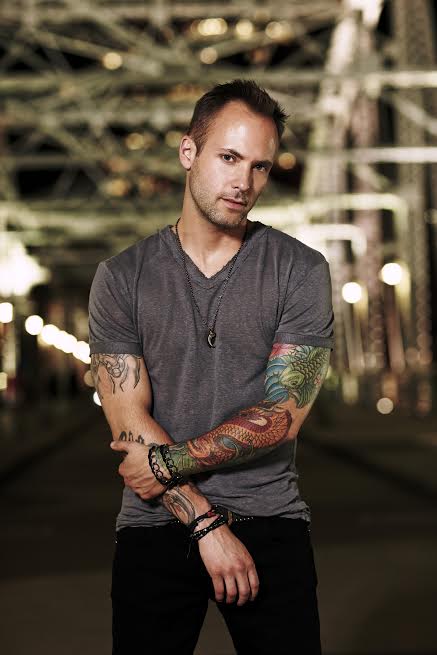 Dallas Smith, former lead singer of Default and current country star hails from Vancouver, British Columbia. Under 604 Records, Smith has watched his career skyrocket over the last few years, especially with his record breaking, super successful single “Tippin’ Point”. The single, which not only went platinum, but it was the fastest Canadian country single to do so, as well as the highest selling Canadian country digital single in history. To follow his success with “Tippin’ Point”, he recent won Country Album of the Year at this year’s JUNO Awards for his second full length album, ‘Lifted’.

I had the pleasure of having a quick chat with Smith over the phone to talk about his win at the JUNOs, his album, his recent tour and his upcoming appearances at summer festivals in the coming months. Be sure to check out his social media below to keep up with him and check out his upcoming shows in case he comes to a city near you.

How did you feel winning the JUNO for Country Album of the Year?

Were you nervous at all for the fans’ reaction to ‘Lifted’ after the success you had with “Tippin’ Point”?

No, I was pretty confident with the songs we had. I think I have a fan base of people that enjoy the same music as me. I tried to put together a record that I would enjoy and luckily the fans seem to be enjoying the new stuff too.

Were there any songs that almost didn’t make the cut for ‘Lifted’?

The one kind of late addition to the album was a song called “Just Say When”. It was between that one and another one, but I think we chose the right one. “Just Say When” ended up being a better sounding song at the end than I expected it to.

Did you have a favourite song to record for ‘Lifted’?

I would say “Cheap Seats” was a fun one to do. It was just stuffed full of energy so it was a challenge and the range is a little higher so I had to dig a little deeper for that one. It was the most fun and the most challenging.

Do you think there’s going to be any more singles or videos from the album?

I hope so.  “Cheap Seats” is one that I think would be a great single during the summer. Also a song called “Heat Rises” on there that was awful close to seeing the light of day on radio and get exposure.

How was your cross-Canada tour in January and February of this year?

It was cold. It was cold but great. Fans were great. It actually did better than I expected. I expected some of the shows to be low but a lot of them were sold out before we even showed up. The fans seemed to really enjoy the show and all of us guys had a great time. We were actually pretty lucky with the weather, it was cold but we didn’t have any big snowstorms and stuff and got everywhere safe without too many hiccups. To be honest, it couldn’t have gone any better.

Did you have any favourite shows from the tour?

My favourite was probably the end of the tour in my hometown. The Commodore Ballroom (Vancouver) was the last show and having all of my family there and friends and that room in itself is just such a great sounding room  and the excitement of it all made it my favourite.

Are you looking forward to playing the Cavendish Beach Music Festival again this summer?

Oh yeah. That was one of the first big festivals that I did as a solo artist and I always said that I would love to come back to Cavendish because I think we played at like 3 o’clock in the afternoon or something and the crowd was just amazing. The day went on and the crowd just got huge. It was just a great, beautiful place to play.

Have you played at any of the other summer festivals you’re attending this year before?

Yes, I did Boots and Hearts before, this will be my third time I think. Lucknow’s Music in the Fields, I’ve done that one before. There are a handful of them that I’m doing for the second time.

They’re all different, they’ve all got their pluses and minuses. Obviously with like the big festivals you’re exposing yourself to more people but I also like the energy of a smaller club or theatre or something like that where people kind of just get up close and personal. There are goods and bads.

Do you have any favourite songs to play live?

“Jumped Right In” is one of my favourites. Obviously with the success of “Tippin’ Point” that one’s just a blast. “Wastin’ Gas” is up there too. There’s a handful that I really enjoy.

I’m taking a couple of weeks off here and then I’m going to the US and doing some more recording and then the festivals start back up again and then it’s back to work. There won’t be much until September.

Thank you for the last three years, it’s been an incredible ride building this up and to see where it is now and the size that the shows are getting is exciting and thanks for that.