Sumo Cyco took to the stage at the Coalition in Toronto on March 13, all for a good cause.  Also lending their time performing were “No King For Country Men”, I Am The End”, “MTH”, “Widow Maker” and “Polarity”. Many people came out to support the bands playing to raise money for “Project Paws” and just have a good time. People could sit on couches, have a beer and listen to amazing music. Being sold were cupcakes and other desserts, the money would go to the Etobicoke Humane Society.

Starting things off was “No King For Country Men”.  With a few of their own songs, like “Archaeology”, and a few covers, they had clearly showcased their amazing talent in just a few short minutes. I was impressed with everything about them. I enjoyed watching their drummer Kyle during their set. The amount of energy and charisma he had on stage for a drummer was amazing to watch. Everyone loved their set, and they were a great band to get the night started. 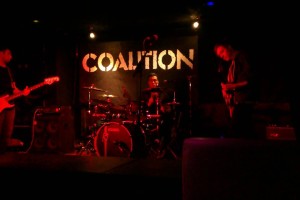 Following “No King For Country Men”, after a short time in between to prepare the stage “I Am The End” was next to take the stage. Head bangers gathered around the front of the stage for their set. Mosh pitting quickly began and the crowd was having a great time. The room was filled with energy for their entire performance.

“MTH” really engaged the crowd during their set.  The mosh pitting and head banging continued from the devoted rockers for most of their set, up until their last song; which the singer said was a sentimental song about losing someone close. Prior to that the guitarist had a very impressive solo which had everyone screaming.

“Polarity” was second to last to perform and they brought an amazing energy on to the stage. The singer went into the crowd during different parts of their set, and the crowds’ screams were insanely loud. 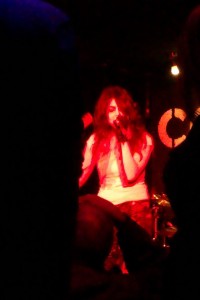 Last of the night was crowd favourite Sumo Cyco.  Before starting, Sever told the crowd to donate to Project Paws to “save the puppies and the kitties”.  As I expected nothing less, once again, head banging and mosh pitting were present for the last time of the night. The entire venue was crawling with energy as Sever walked into the crowd and sang, and climbing on tables, as MD and Thor were jumping on stage with their guitars, and Wolf playing the drums; the crowd loved it. They played amazing songs like “Cry Murder” and a cover of Macklemore’s “Can’t Hold Us”, as well as my personal favourite “Fighter”. Sever’s vocals are absolutely killer as are the talents of Thor, MD, and Wolf. Every single time I see “Sumo Cyco live, I get more and more impressed. 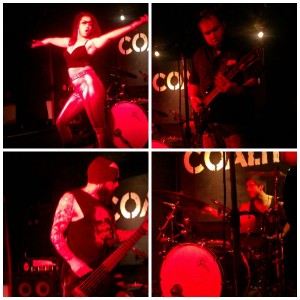 At the end of the night all the bands met fans, took pictures, signed autographs and sold merch.  A lot of money was raised to help the Etobicoke Humane Society.