By Lindsay Newman on March 20, 2015@https://twitter.com/lindsaynewman_ 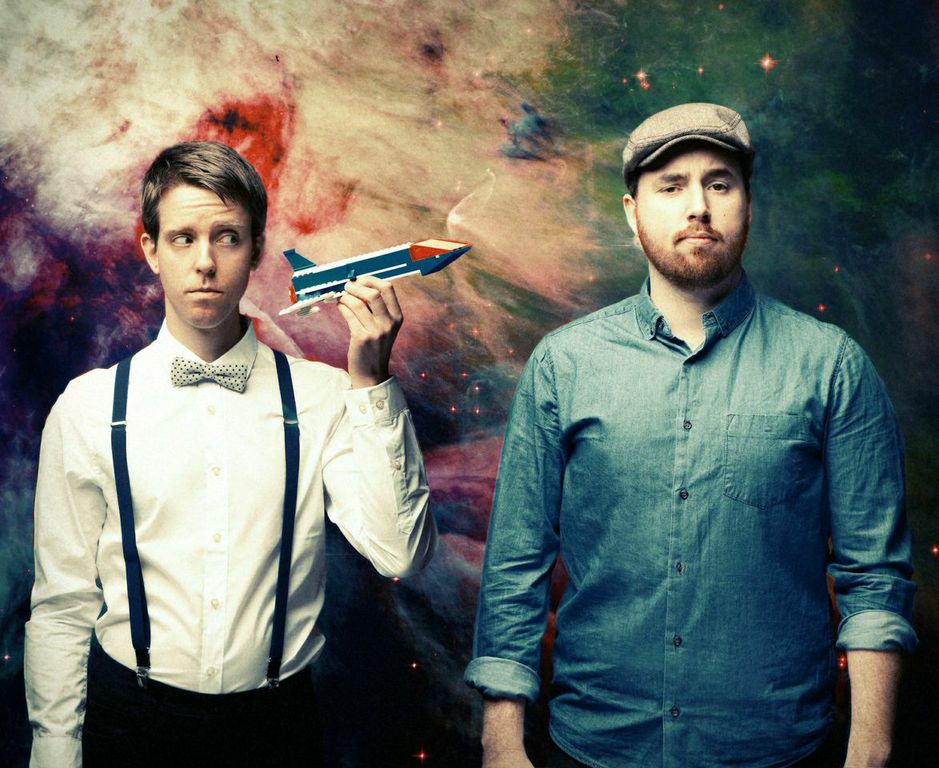 Ash & Bloom, James Bloemtendal and Matt McKenna are from Hamilton, ON.  Their debut full length album “Let The Storm Come” was released on June 24, 2014. They recently released a video for their song “This Town (Hamilton)” during Juno Week. You can see the video HERE! The duo will also be touring across Canada during the spring and summer months.

Our music is inspired by the people we care about and the music we love. We’re not the guys that write artistically aloof music about private inspirations, hoping people don’t really get us. The things that stick with us, the things that roll around over and over in our minds are relationships and the life that happens around them. Those moments and feelings fuel our music. We want to capture things we all feel and experience in fresh words and ways, that hopefully cut to the heart of things.

Musically, we share a common infatuation with vocal harmony and lyrics. So most of our heroes are artists that really lean on those things. Simon & Garfunkel, The Milk Carton Kids, James Taylor, Iron and Wine, CSNY. The list goes on…

For me (Matt) the desire was always there. I remember thinking when I was 15 that if I woke up every morning singing, played guitar every chance I got all day, and fell asleep singing something else, that I was probably built to do music. But I grew up in a small town, not knowing any professional musicians, so I figured it was a pipe dream. Glad I was wrong!

I just got addicted early on to the things musicians experience. The electric synergy of singing in harmony, walking the tightrope of performing full of adrenaline, the rush of watching my imagination become reality, the moment where I express my deepest feelings and a room full of people say “me too.” There’s nothing like it. I couldn’t settle for doing something I love less.

You recently performed during Juno Fan Fest, what was that experience like?

It was a blast. The community of Hamilton is so supportive. We just released a video set to a song we wrote about Hamilton called “This Town.” It’s kind of a tribute to the city, and people kept coming to us that night to tell us how the video had affected them. The pride that the people of Hamilton feel is always bubbling under the surface, but the Junos coming to Hamilton gave everyone a chance to let that pride out. And being Hamilton boys, representing our town on that stage was really special to us. The love and support we felt in the air was so thick you could almost taste it. I can’t think of another way to put it other than to say it was a special moment for us.

How has the response been for the album since it’s been released?

It’s been overwhelmingly positive. We released it first in Canada, and followed it up with tours back and forth across the country. And then we released the album in Australia and New Zealand in early February. Media has been so kind to us, and the fans we’re gathering seem to be sharing us with their friends.  It’s been so fun to watch the support grow.

We expected for there to be widely different responses to us based on geography here in Canada, and abroad. But we’re finding that people everywhere we go have responded most to the honesty in that album. We have a few songs that deal very honestly with topics that don’t get a lot of songs. That honesty creates moments of real human connection between us and the listener. And since that connection is our highest goal as songwriters, we’re very happy.

You recently just came back from an Australian/ New Zealand tour, can you tell us what that experience was like?

The first thing that comes to mind is the weather. Australia gets the reputation of being permanently blazingly hot. We spent most of our time on the south eastern coast and it was not only pristine, it was a perfect 20-25 degrees the whole time! The transition we found was way smoother than we thought. Often going into new places, you wonder how the show will play out for the audiences. Will they get the jokes? Will they be into the moments we’re trying to create? But they’re so very much like Canadians down there. Aside from a couple of words we needed to keep in mind, it felt so much like home. Aussies are even more polite than we are! One day we had a soundcheck in a theatre and everyone had shown up for it. I remember checking our kick drum, the most boring part of the soundcheck. Just boom…boom…boom for a couple of minutes. And the full theatre just sat in silence, to give the sound tech a chance to hear well. Either that, or they’d never seen a kick drum before!

What has the preparation been like for the Canadian tour?

It’s always fun prepping for a new tour. There are a bunch of venues on this tour we’re stoked to play, and places we’re itching to get back to. We’ve toured enough to have some favourite little spots across the country that we can’t wait to get back to. Little espresso bars, microbreweries, markets and parks. But we’re also both going to Newfoundland for the first time. Kinda hoping to get screeched in. I’d say half the tour prep is managing the barrage of details, and the other half is containing our excitement.

Here at Canadian Beats, we like to throw in some fun questions to help the fans get to know you better.

There are so many.

If you could work with any Canadian artist who would it be?

What are you most looking forward to about the spring/ summer months?

Walking our dogs gets a whole lot more comfortable. At least once the mud has dried up a bit! My (Matt) dog is a suck. She won’t go out if it’s cold or rainy, but she just goes crazy inside. So it’ll be nice to get her outside more! And the longer days are nice too. Love that vitamin D!

What are some of your favourite music festivals?

Mariposa Folk Festival is an amazing festival. There’s a rich history there,  they get great acts, are well organized, and the community is so welcoming, warm and safe. Both for kids and sensitive artists.

What are some of your Easter traditions?

Family. It’s all about family at Easter for us. At some point there are dinners on that long weekend. And it’s nice because it’s the first holiday where you can get outside together comfortably. So it’s always fun. And I (Matt) am the “fun uncle” to some ridiculously energetic kids, which means it’s always a very crazy weekend for me.

Lastly, Is there anything you would like to say to your fans?

What we want to say is cliché. Every award winner goes up to the podium and says thank you to the fans. Tells them how important they are. And how they love their fans. It’s cliché because it’s true. We make music hoping that it connects with people. Our fans are the other half of this musical conversation. We don’t just love them, we need them. And we’re so thankful for them. Hope we see them out there at a show this spring!