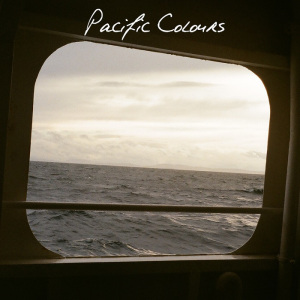 The first song, “Wave” immediately pulls you in, and if you’re anything like me, you will be singing along before you even realize it. Next is my favourite on the EP, “I Don’t Even Know You” which has a slight reggae feel to it, which gives the track a unique feel. The lyrics tell a story, which is something that attracts me as a listener.

One thing that I have to mention is that each song on the EP exudes a slightly different feel and sound,  from rock, to reggae, to pop. The final song, “Count The Stars” follows closely behind “I Don’t Even Know You” as my favourite. It evokes an emotion through the vocals that has the ability to pull you in and make you wonder what this song was written about. I highly recommend you all go check out Pacific Colours, you won’t regret it.