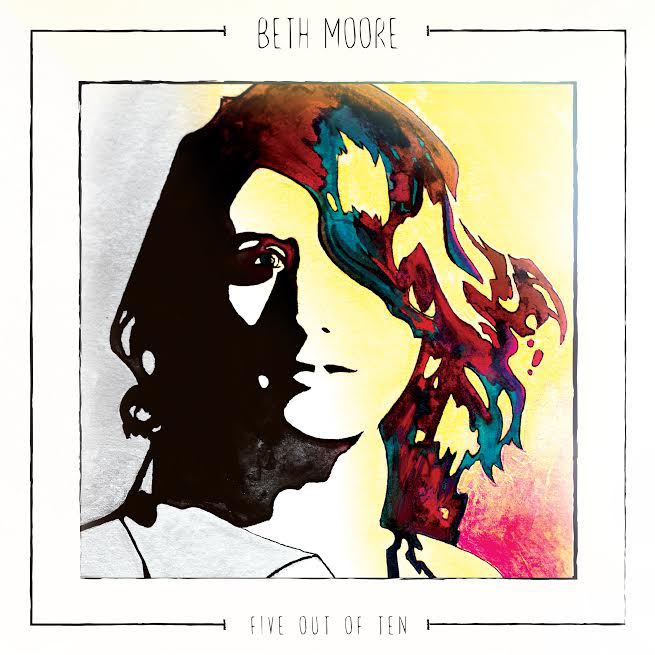 We recently had the chance to ask indie-folk singer/songwriter Beth Moore a few questions about her upcoming album release, as well her upcoming tour dates, and much more that you won’t want to miss out on.

When did you first realize that you wanted to pursue music as a career path?

I picked up a guitar when I was 18, and it kind of took me captive.  I played my first show 3 weeks later and just haven’t stopped.

Who has been your musical influence through the years?

Ryan Adams, Ray Lamontagne, Brandi Carlile and Bob Dylan have all been huge influences.  They are all very lyric focused writers and so am I.

You are about to release your sophomore album, “Five Out Of Ten” on March 31, how has your sound changed from your previous albums until now?

Well, this album definitely has a bigger sound.  I wanted to make an album that people could dance to and cry to but also that made them think.  The last record was more thrown together in a very casual way, with whatever songs I felt like recorded.  Almost a year of pre-production went into ‘five out of ten’  and I wanted to make sure it sounded the way it needed to, but also said what it needed to say. Working with Tim Abraham for this album changed the sound, he has big ears and hears things so much bigger than I do in my head.  I always hear songs as me and my guitar, and he has a way of bringing that to life. He also had a way of pointing out things that didn’t sound authentic and helped me find my sound instead of imitating someone else.

You will be performing at The Drake in Toronto on March 28, are there any other dates where fans can catch you performing live?

Aside from the CD release, I will be doing a mini promotional tour in partnership with Balzacs coffee Roasters.  Ill be playing 30 minute sets in each of their stores on the following dates :

You are no stranger to live shows, as you have played over 600 in your music career, but if you could choose two other Canadian band or artists to share the stage with, who would you choose?

That’s a tough question! Can I say Neil Young? Because that would be really great! I’ve always wanted to share the stage with Sam Roberts who is another huge influence of mine. There Arkell’s would also be awesome to play with.

It’s a little unpredictable, but for the most part I write very stream of consciousness.  I basically need to be recording an entire writing session because it’s almost like I black out and just start singing whatever is on my mind and forget it as soon as I stop.  There would be times in the studio where I’d start playing around and Tim learned to just start recording when that happened.  Actually, the single for this album kind of happened that way.  I was in the booth to put down guitar for another song and I was playing around while Tim was checking the microphones and I started playing what is now ‘Say That Again’ and we stopped everything and finished that song. Writing songs always trumps whatever else was on the schedule, it really is the most important and can be so fickle, you have to grab it when it’s there.

What is your favourite song on the upcoming album?

I fell that’s an impossible question, like picking a favorite child and it changes weekly.  Right now I really love playing ‘Maybe It’s OK’ and I’ve always really loved playing ‘Get Low’ it’s so gritty.  However the two upbeat singles ‘Say that Again’ and ‘OK OK’ are always really fun, especially because people usually sing along to those ones.

It’s really humbling, and I feel really supported.  None of us do it for the awards, but it’s nice to be noticed.  Artist of the Year was a surprise, I was actually half way out of the venue door about to leave for the night because all my categories were done.  Then I heard my name and I had to put down all the things I was carrying and run the length of the arena it was in, by the time I got up there I was pretty out of breath.

You have had your songs featured on television, such as Degrassi, if you could choose another TV show for your music to be featured on, which would it be?

THE WALKING DEAD! I think Get Low would sound great on that show, as well as End of the World.  That show has such great song placements, that’d be a really cool experience.

Here at Canadian Beats, we are all about Canadian music, so of course we’d love to know who are your favourite Canadian bands/ artists?

Sam Roberts, Arkells, Kathleen Edwards – There are many more but those are the three on the top of my head!

I hope that this album is one you will enjoy for years, and I’m exciting for what’s next.  The people that have been along for the adventure so far and the ones just joining in now, I think it’s going to be a wild ride and I can’t wait!