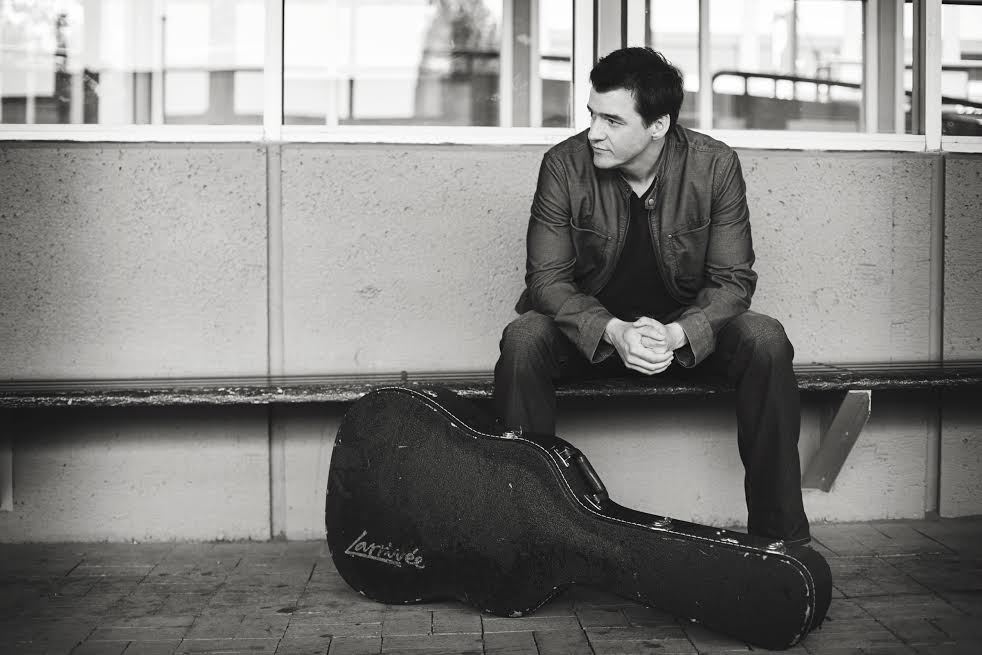 Country singer/ songwriter Jake Mathews was born and raised in northern Ontario, and now calls Calgary, Alberta home. Jake has released and had great success with numerous country hits, such as “Beer Necessities”, “Kings For A Day” and “If I Had it My Way”. I had the chance to ask Jake a few questions about his start in music, as well as what’s to come.

When did you realize you wanted to pursue country music as a career path?

I started playing music when I was about 14 years old.  I continued in bands throughout my teens and early twenties while I was getting a University Science degree, but never considered it a career path until I moved to Calgary.  While I was there, I started meeting people, including my current business manager, and certain opportunities began to present themselves. It’s at that point I decided to make music my main focus.  Once I made the decision, I never looked back.

George Strait had a huge impact on me when I was starting out.  His first singles were released just when I was learning how to play and sing, and I would spend hours on my guitar every time he came out with a new song.  There was just something about the songs he recorded and the way he sang them that really drew me into what he was doing.

When songwriting, where do you get your influences from?

For me, ideas can happen in different ways.  I like to sit with my guitar and try to find interesting melodies or chord progressions.  I also keep a list of titles, word combinations or situations I’d like to write about.  I’ll usually try to combine the melodies and lyric until I find something that feels right.  Then, I’ll keep working on it and see where it goes from there.

You just released your new single, “Road and the Radio” how was the fan response been?

The fan response has been great!  When we wrote the song, we really wanted to capture the feeling of freedom of being on the open road, listening to your favourite music sitting next to the person you want to be with the most.  I think that’s a feeling many of us can relate to, and people really seem to be responding to that.

Road and the Radio has been #1 most downloaded song on DMDS, how does that feel?

I’m very fortunate to have built a relationship with people at radio over the years.  It’s a great feeling to see that they believe in me enough as an artist to download my new single and consider it for their playlists.

What does it feel like when you hear your music on the radio?

I still remember the first time I heard my debut single “I’ll Do You One Better” on the radio.  I was driving on Elbow Dr. in Calgary when I heard the intro to my song.  I pulled off the road into a gas station and just sat there and turned the radio up!  It was an incredible feeling.  Hearing one of your own songs on the radio is one of those things that’s hard to explain and will never get old.

You are getting ready to release your 4th studio album in Spring of this year, what can you tell us about the album?

The album is titled “In Our Own Backyard”.  I helped produce it with my good friend Louis Sedmak who is a great musician and producer.  It includes a couple of my recent singles “Beer Necessities” and “A Woman And A Song” as well as four other tracks.  I’m excited to get new music out there and look forward to everyone hearing it.

You have toured throughout Canada, as well as internationally, what has been your favourite tour moment up until now?

That’s a tough one – there’s been so many great and interesting moments.  One of my favourite moments would be a show I did in Tokyo.  I was playing an acoustic set at the Ginza station and knowing the audience wouldn’t be familiar with my own music, I incorporated some older classic country songs into my set list.  I started singing “Take Me Home, Country Roads” by John Denver and by the time I got to the chorus, everyone started joining in.  It was such a cool experience to watch an audience, that for the most part didn’t speak English, sing along with me.  It was proof that music really is universal.

When can fans expect a full Canadian tour?

I currently don’t have any plans for a full cross Canada tour but I’m definitely working towards that. In the meantime, I’ll be performing at different festivals this summer and fall.

If you had the chance to put together a tour with 2 other Canadian bands/ artists, who would you choose?

As a fan of so many great Canadian bands/artists, I think it would be fun to tour with Blue Rodeo and The Tragically Hip.  They’re two of my favourite bands and it would be awesome to just be able to share a stage with them and then sit back and watch them do their thing every night.

Here, at Canadian Beats we like to include a small portion of questions for the fans to learn more about you, so here goes:

The first concert I attended was George Strait at the Sudbury Arena in Sudbury Ontario when I was 16 years old.  It’s still such a vivid memory for me today.

If you were to do a duet with another Canadian artist, who would you choose?

I’d love to do a duet with k.d. lang.  She is just such a great vocalist.

Skating with my wife and son.

As we all know, Canadian winters are very cold, what is your favourite hot beverage to warm you up?

There’s nothing like a nice hot cup of coffee on a cold winter morning.

If you were given the chance to write a song for any television show, which would you choose?

I’d have to go with my favourite show, Breaking Bad.  With all of the things that Walter White went through, there has to be a song in there somewhere!

To everyone who has supported me since the beginning, I’d like to say thank you! Thank you for coming to my shows, buying my albums and downloading my songs.  Thank you for your messages of encouragement, for sharing your stories with me, and thank you for allowing me to pursue a career that I love.