Interview – Beyond The Confines 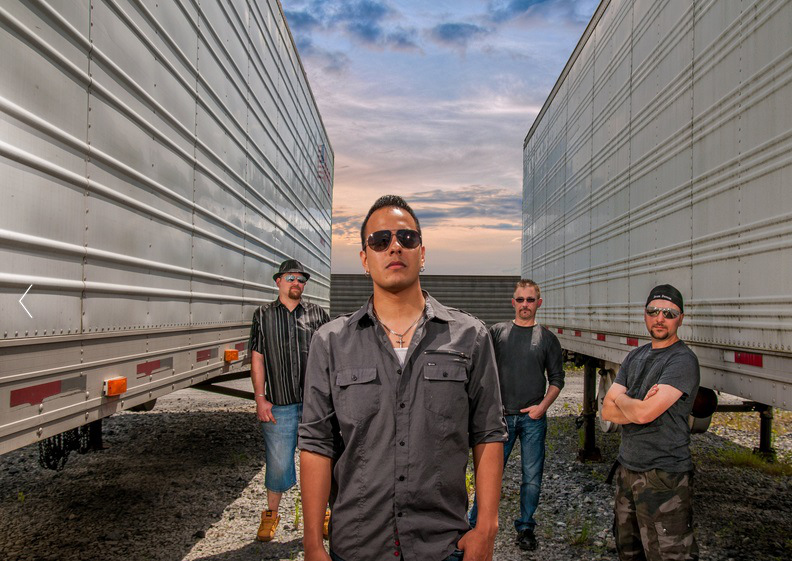 I recently had a chance to ask Vancouver rock band, Beyond The Confines a few questions about their music, and lots more, continue reading to find out more about this Fox Seeds 2014 top 15 Qualifying band!

How did you choose the band name?

It took Awhile, but we all agreed that we needed something that described how we felt about our music and conveyed how diverse our group is. We wanted a name that would tell people that we do not want to be confined to one type of genre or music style.

How did the band meet and form?

Vince and Drew met each other first in August of 2012. They later placed an add which was answered by Paul. After a couple weeks of not hearing anything back from them he got a phone call on the way home asking if he could come by and audition. When he showed up, Vince started asking questions about Paul’s old band. Turns out they called the wrong Paul, but they instantly clicked. Looking for a singer to make everything fit, they found Ryan through the same local paper, and everything fell into place. After recording our first EP “The Rise”, we wanted to move in a direction that would give us that bigger and bolder sound. Then entered Mateo, long time friend of Paul, and what we felt to be a perfect completion to the sound we wanted.

You were Fox Seeds 2014 qualifiers, how did that feel?

Surreal! We had just finished releasing our EP. As a new band, at that time not being known around vancouver, we thought there wasn’t a chance. We wouldnt let that stop us. Then we heard the CFOX annoucements with the qualifiers on the radio. When our name was called, we were so excited and humbled and full of drive to show vancouver what we could do. We were bouncing off the walls, and had smiles on our faces that nothing could get rid of.

If you had to explain your sound to someone who has never heard you before, how would you explain it?

Catchy Old school rock with a funk groove undertone and with just a hint of soul.

You released a video for your single, Hollow Sound last year, what was the highlight of shooting this video?

The paint! We all had to be done up with this white latex paint, as soon as you started sweating, you needed to reapply, and it was hot!! and trying to get it off afterwords was a giant pain. But looking back at the video we achieved what we were looking for.

How was the fan response to the video?

I see from your Facebook page that you do lots of shows in Vancouver and area. Any plans for a cross Canada tour in the future?

We are always excited to play shows in Vancouver. Promotion in this industry is everything, we cannot wait for our chance to travel across Canada or the U.S.

It feels cliche to say it, but our music is ever evolving and growing. The music is always changing and we hope to have some new material out this year and possibly another EP.

Here, at Canadian Beats we like to include a small portion of “fun” questions that may help your fans get to know you, so here goes:

Paul – AC/DC – Who Made Who
Ryan – Nirvana – Nevermind

Paul – Metallica, Editing Show at Rogers arena for there Through The Never Movie

As a band our current go to song lately has been My Own Worst Enemy by Lit. We even covered it at our last show.

Who are your favourite Canadian bands/ artists?

As for bigger bands rite now in Canada, Three days grace would be up there. The Tragically Hip, and The Tea Party.

If you were asked to perform a cover song, which song would you choose?

THANK YOU SO MUCH!!! To all the people that check out our music online, Come see our shows, and generally support us in every way. It makes everything we do mean something. Also we will be starting to work on our next EP soon and will have fresh tunes for everyone to enjoy.