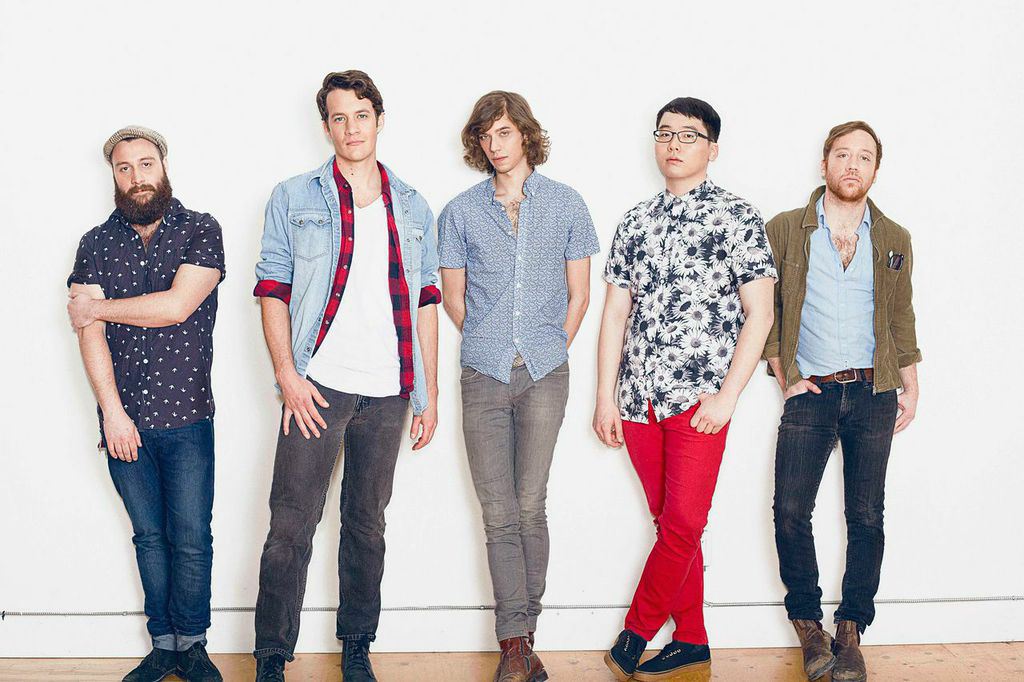 Toronto band Sun K is embarking on their cross-Canada tour starting March 4th. Since forming in 2013, they’ve been gearing up to release their new album, Northern Lies, on March 10th. To learn more about this great band, check out this interview we did with Ju & Kristian!

What can fans expect for your upcoming tour?

JU: Our new record, Northern Lies, has this big high-energy sound. We’ve been trying to match that as much as possible for our live set. I think our shows have been very dancy, high-energy & audience-engaging – we’re gonna try to bring that and more for this tour.

For those fans who are unfamiliar with your music, can you explain what the album will be like?

JU: We always have a hard time explaining what this album sounds like because it’s got a few different styles. All of the tracks from Northern Lies were written by Kristian over the years. You definitely can hear some of his influences; which are folk, country, rock’n’roll and blues, but when we add those facts with the entire band, it comes out as something different. I personally like calling this album Folk’n’Roll. I think that explains pretty well what this album sounds like.

What is the inspiration behind your music?

KRISTIAN: Our music comes from everywhere; every experience whether tangible or intangible. Just as music is a sum of everything you’ve listened to, the stories you tell and the way it comes together is the result of everything we’ve experienced be it love, loss, art, indulgence (in doses!) & everything it means to be in your mid-20s and winging it.

How did you come together as band?

JU: Kristian, Kevin & Stu were already in a band when I joined; Kristian & Stuart went to university together in Montreal, Kristian & Kevin met at this whisky bar called The Emmet Ray in Toronto when they were playing their solo songs. I knew Aaron from Fredericton and I invited him to the band last August. I met Kristian through our good friend, Kate Giffin. I feel like I owe her a big thank you. If it wasn’t for her, I don’t think I would be living in Toronto or playing music.

KRISTIAN: The band name is meant as a reference to the history of roots music. Two artists in particular come to mind, Sun Ra (a jazz musician in the mid-1900s) and Son House (a blues musician who goes even further back). It started as a moniker which is why the letter ‘k’ is in there – when we formed the band we talked about names and this one just stuck.

Can fans expect merch on your tour?

JU and KRISTIAN: Yes! ‘Northern Lies’ will be coming out in March 10th, and we will CD’s with us this run and vinyl when we come back out next time. We’ve got a couple different tee’s, buttons as well as CD’s and 7” vinyl for the ‘Sweet Marie’ single.

If you had to describe each member with one word what would you use?

KRISTIAN: Ju – “TASTE”. Stu – popthetopoff. Aaron: Goodmorning! (I lived with aaron for like 4-5 months when he moved out here, I think that’s the one thing I’ve said to him most hahah).

What other Canadian artists inspire you the most?

JU: For me, it would be Wintersleep, Feist & Bahamas. I got to see Bahamas in St. Catharines in January, and I have to say, it was one of the most beautiful & entertaining show I’ve seen in a while.

The next few questions are a Canadian Beats tradition. We like to ask a few fun questions for fans to get to know the bands better.

If you could listen to only one song for a year what would it be?

JU: I want To Be Your Man by Zapp & Roger

KRISTIAN: Anything but what Ju says. In all seriousness though probably something like Nick Drake’s version of Black Mountain Blues. His finger-picking is so intricate it’d take me at least a year to figure out exactly what he’s doing.

If you could form a tour with Sun K and any 3 bands who would you want to join you?

What would be the first thing you bought if you won the lottery?

JU: Definitely a house and build in our own recording studio.

JU: We honestly wouldn’t be able to do this without our friends and fans. We want to thank all of them who have been supporting us and coming to our shows. We have a few friends who have been waiting for our album for a while, and we hope they enjoy this record!