Last night was the kickoff for the When The Lights Go Down cross Canada tour featuring headliner Chad Brownlee with guests Bobby Wills and Jess Moskaluke. Summerside was the first of 26 stops throughout March and the beginning of April. The crowd braved the cold and packed the theatre for the first show of Brownlee’s first ever headlining tour.

Bobby Wills kicked off the show with fantastic energy and enthusiasm. He had the fans dancing in their seats and singing along in no time. Throughout his set he had amusing banter with the band and told the fans stories behind the songs. He treated the audience with the first live performance of his new single “So Much For Taking It Slow” and ended with a bang with his hit “Crazy Enough”. 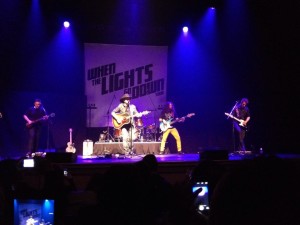 After possibly the quickest set change I’ve ever seen, Jess Moskaluke took the stage by storm. Her powerful vocals filled the theatre and kept the energy going. Continuing with the banter with the band performing with the singers, she breezed through her 20 minute set, playing some of her hits such as “Used”, and “Night We Won’t Forget”. She threw in a verse from Megan Trainor’s hit “Lips Are Movin’” when she covered “Fake I.D.” and ended her set with her song that every seemed to know, “Cheap Wine and Cigarettes”. 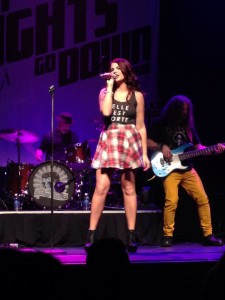 After a brief intermission, Chad Brownlee took to the stage after an introduction reminiscent of his days in the NHL. He had the audience moving and singing along to every song. Playing many of his hits, including “Hood of my Car”, and the beautiful “The Fighters” he kept the crowd wanting more. 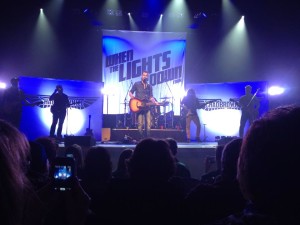 After covering Ed Sheeran’s “Thinking Out Loud” as a solo performance on an acoustic guitar, he brought a fan up on stage and serenaded her with his swoon-worthy performance of “Stay” and most certainly made her night. 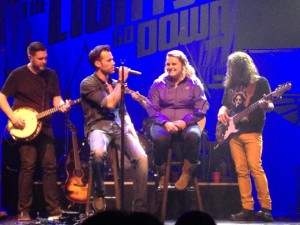 He also treated the fans with some of his older songs such as “Carried Away” and tried to take our minds off of the winter that has pained the province for the last couple of months. He ended the night with his next single “Matches” and the song the tour was named after. 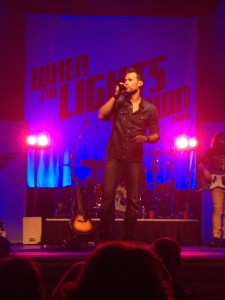 As an encore he surprised the audience with a country rendition of Katy Perry’s “Roar” and brought out Jess and Bobby to finish off the night with the super hit “Uptown Funk”. If you think that hearing “Uptown Funk” with some country twang added to it sound amazing, you are definitely right. 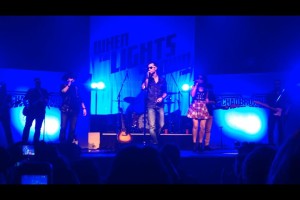 To make the night even better the three singers stayed in the venue and signed autographs and took pictures with a long line of fans, lasting a little over an hour. After meeting the three of them I can honestly say that they are some of the most down to earth musicians I have had the absolute pleasure of meeting. Be sure to check out the dates for the rest of the tour and head out to a show if you can, you will not regret it. 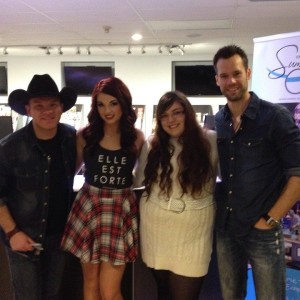 Chad is also auctioning off a special made guitar with the proceeds going to the Tim Horton’s Children Foundation. 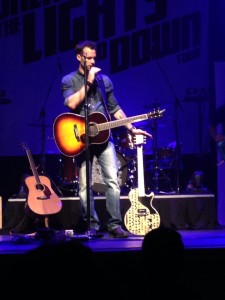