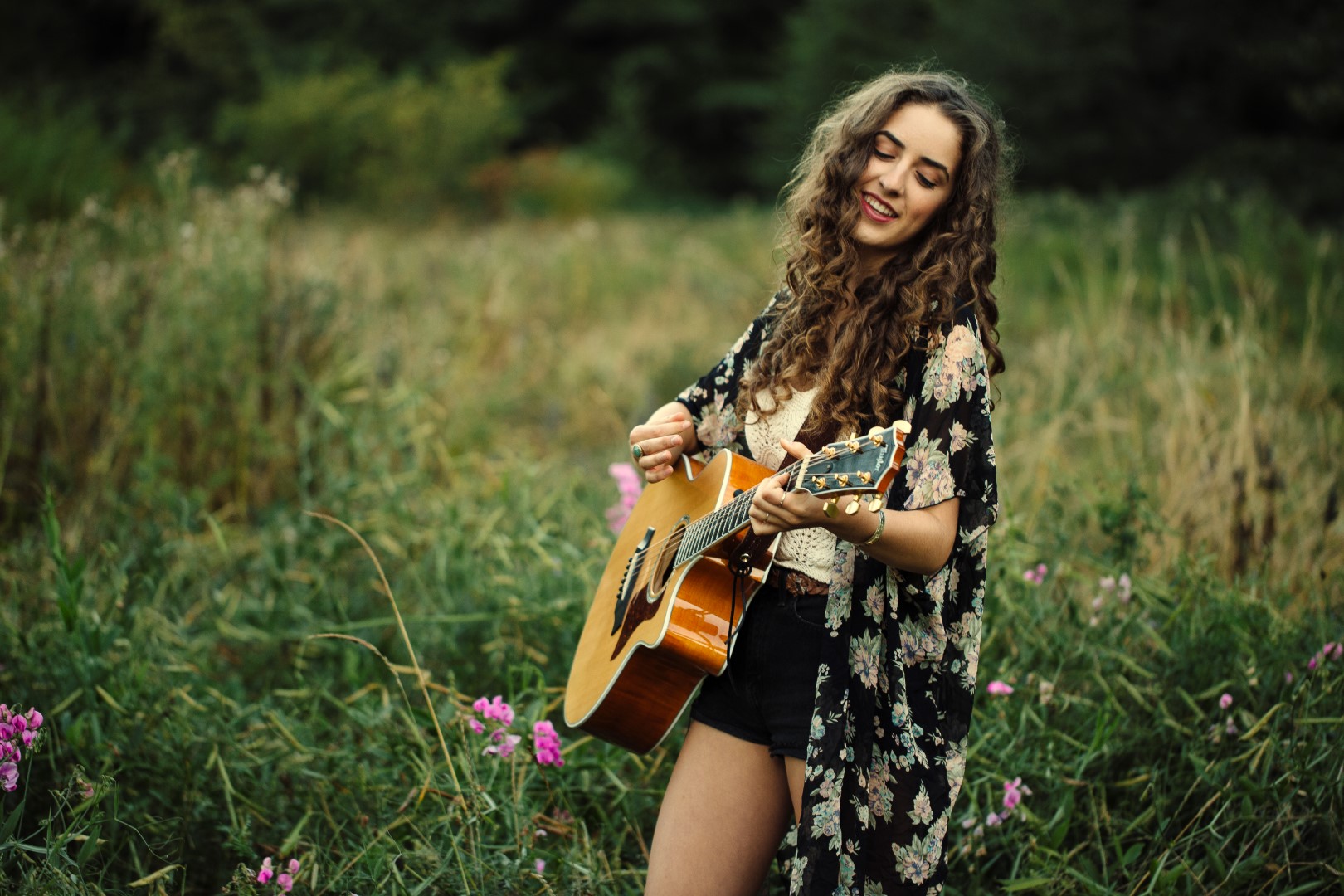 Tessa Mouzourakis is a 17 year old country singer/ songwriter based in Vancouver BC. She recently released her debut EP, entitled Tessa. We were lucky enough to do a review of the EP, read what we thought HERE! We had lots of questions to ask this up and coming country star, so continue reading to find out more about her, and her music.

When did you first decide you were going to make music your career?

I’ve been writing and singing since I was eight, but never saw it as something I could
pursue professionally until I was about twelve. At that time I had written enough songs to fill a couple notebooks and finally felt ready enough to perform them in public. The first few steps were the scariest but I haven’t stopped since.

You have been writing songs since you were 8 years old, can you explain to us your writing process?

I came across songwriting organically, as I would just make up melodies and lyrics, write
them in my journal and show them to my friends at recess. I never gave much thought to
what I was doing so my writing process was very spur of the moment, and while it has evolved since then, I still approach my songs the same way. Once I get an idea and a solid chord progression, I just improv my way through different melodies and lyrics; trying things out until something sticks.

What tends to influence you most when you’re writing a song?

Inspiration, for me, comes from my life. It can be a book, a story, a person or a specific
experience, really just anything that catches my attention.

Do you have any advice for other young artists trying to get started in the industry?

Don’t be afraid to put yourself out there. It can be scary and intimidating but in the end,
totally worth it.

My influences are eclectic, as I listen to all kinds of music but my favourites are the Red
Hot Chilli Peppers, Dolly Parton, Taylor Swift, John Mayer, Kacey Musgraves… There are so many, it’s hard to name them all.

You just released your debut EP, how has the response from your fans been?

The EP response has been amazing. I’ve gotten so many messages and comments from
fans telling me they bought the EP and what their favourite songs are. I’ve been trying to
reply to as many as I can, it means so much to me that people are buying and listening to the music I worked so hard to create.

Is there a particular song on the EP that you would recommend to someone who has never heard your music?

The songs on the EP are so different and describe varying messages so it’s hard for me to
choose. Drive All Night is a fun song, one of my favourites to perform, and always a crowdpleaser so I would definitely recommend giving it a listen.

You play many instruments, including guitar, mandolin and piano, which instrument would you like to learn that you don’t currently know?

I’d love to learn the banjo. I’m fascinated by the intricacies in the picking style and it
looks like tons of fun.

I’m currently based in Vancouver, BC so I will definitely be performing around the
province in the coming year but am hoping to take my music to some new places, possibly
some shows in the States within the next couple months.

Now that the EP is released I am excited to be able to perform more and promote the
songs I worked so hard to create. I’m also looking forward to releasing some music videos, but more details on that will be announced soon.

Here, at Canadian Beats we always like to include a portion of questions that may help your fans get to know you a bit better, so here goes:

Who are your current favourite Canadian bands/ artists?

I’ve started listening to a lot of Joni Mitchell and Alannis Morisette again and am in love
with their writing styles.

I think it was Avril Lavigne’s Let Go.

Louis Armstrong’s version of La Vie En Rose. I’ve always loved this song but for some
reason I’ve been playing jazz on repeat these past couple weeks and that song is my
favourite.

If you were asked to perform a cover song, which song would immediately pop into your head?

Lee Brice’s I Drive Your Truck. I actually came across this song through the woman who
wrote it, Jessi Alexander, and am in love with both versions.

If you had the chance to put together a tour with any other Canadian artists, who would you choose, and why?

That’s a hard one! Probably Shania Twain, because how fun would that be?!

Thank you for buying the EP, coming to the shows and being so supportive. It means the
world to me and I couldn’t thank you enough. 🙂