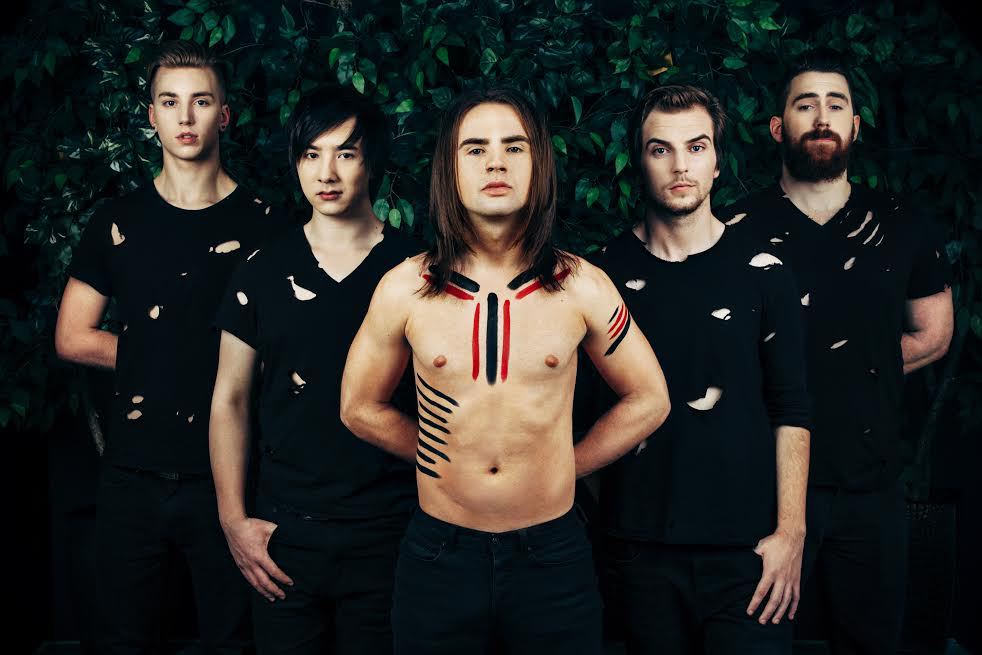 Vancouver based pop/rock band, The Faceplants is no stranger to Canadian Beats, if you’ve been following us, you have saw many posts about them in the past. Today is a big day for the band, as they have released their first single with the new line-up and new management. “Why” has been released on iTunes, and trust me when I say you are going to want to hear this! We’ve been given the opportunity to ask this lead vocalist/ guitarist, Dan Botch a few questions about their new line up, new music and much more.

You & Garrett started “The Faceplants” back in middle school, how would you say that the bands sound has changed since then?

Middle school was the very start of our journey as musicians.  Garrett and I would get together on weekends, learning our favourite songs, jamming and pretending like we we’re playing for huge screaming crowds.  However cheesy it may sound, it felt right.  The idea of being in a band, the thought of playing music to a crowd of people, just drew us in.  That was the beginning.  It wasn’t until a few years ago that we knew that this is what we wanted to do with our lives, and what we were meant to do.  The Faceplants sound has evolved, and I can’t say what it has evolved into, but it feels real, and it’s honest.  It is genuine music that feels right to me as a songwriter, and right to us as a band.

Over the years many musicians have come and go, but now with the addition of Paddy Spencer (Drums) and Chris Wong (Bass), do you feel as though you have found the perfect fit?

Yes!!!  Paddy & Chris are a breath of fresh air, and they are both crazy talented musicians.  They both bring something new to the table and even though they are new to The Faceplants family, they already fit right in.  I can’t wait to see their growth as individual musicians, and our growth as a band.

In the past you have worked with Tommy Mac of Hedley to produce your debut EP, do you have any more partnerships up your sleeve for the new album?

We will be working with some extremely talented people for our next body of work.  One thing that I think all musicians need to do is collaborate, collaborate, collaborate!  Whether it is with another songwriter, producer, or musician, or someone from a different genre, the outcome doesn’t matter.  The inspiration juices will flow, and that’s when the magic happens!  I am always open to collaborating with people who share the same love and passion for music and songwriting that I do.

Fans of the band have been anxiously awaiting the release of the new single, “Why”, which was released today on itunes and google play, what can you tell us about the writing process of the song?

‘Why’ has been an extremely important song for me as someone who is always trying to evolve as a songwriter.  Since the release our EP, I have had the chance to take a step back, do some soul searching and really dig into the ‘identity’ of who The Faceplants are.  No flow chart or document can give you that answer, something I realized is that the only way to find your true identity as a songwriter is to write hundreds of songs.  You learn a lot, and a real sound develops.  I have been hinting at a ‘rebrand’ of the band, but what it is more than anything is the true identity of who The Faceplants are.  What you can expect from The Faceplants in 2015 and beyond is the real deal. No gimmicks.  ‘Why’ is the start of this new journey, and a milestone for us as a band.

When can fans expect a video for the single?

Fans can definitely expect a video in the spring!

Is this song any indication of what’s to come for the rest of the album?

‘Why’ is the start, the introduction of what feels like a brand new band.  What you can expect is energetic, in your face, honest music.

You teamed up with Juno Award Winning producer Ben Kaplan, who has worked with other Canadian bands such as Hedley & Mother Mother, what was that experience like?

Ben is a smart, hardworking and REAL dude.  He was a joy to work with and the process was easy.  Everything just clicked. In addition to all of that he was extremely professional and his work is absolutely top notch.  Ben is somebody we look forward to working with again in the very near future!

You will be taking off on tour this year, can we expect a FULL Canadian tour, including Atlantic provinces?

We will be officially announcing the ‘Why’ Canadian Tour in the early spring, and what I can tell you is that the East Coast is DEFINITLY on our list for this year.  We’re coming for ya!!!

Can you please take a moment and introduce the two new members to your fans?

*clears throat*  Ladies and Gentleman!  Boys and girls!  I would like to introduce you to the fabulous Paddy Spencer, the only member with a beard, on drums, and Chris Wong, the grooviest dude I’ve ever met, on bass.  These guys are amazing.  Love them, treat them well, and consider them your own.  Follow them!: @FPPaddy & @FPThtMusicLoser

Here, at Canadian Beats we always like to include a short portion of questions that may help your fans learn something new about you, so here goes:

What is one thing about each of you that your fans would be surprised to know?

Dan: I am a huge Disney Parks fanatic; The Magic Kingdom is where it’s at!

Garrett: Garrett is extremely good at Super Smash Brothers. He remains undefeated to this day.

Do you have any tattoos? If so, tell us about them.

I have the Mighty Morphin’ Power Rangers logo tattooed on my foot.  Everybody has to nerd out on at least one thing in his or her life; Power Rangers is my one thing.  Paddy has a cross tattooed on his arm, symbolizing a specific moment in his life.

What is your favourite warm beverage to keep you warm during our cold Canadian winters?

Not touring… Haha. Just kidding, we’ll tour anytime, anywhere!  We are all big snowboarders and skiers; Whistler is the place to be in B.C., especially in the Winter!

What is your all-time favourite album from a Canadian band/artist?

Graham:  We Are The City – Violent

On a similar note, who are your current favourite Canadian bands/ artists?

Last, but certainly not least, is there anything you’d like to say to your fans?

Thank you for all the LOVE and SUPPORT, this is just the beginning.

Let’s take over the world together.