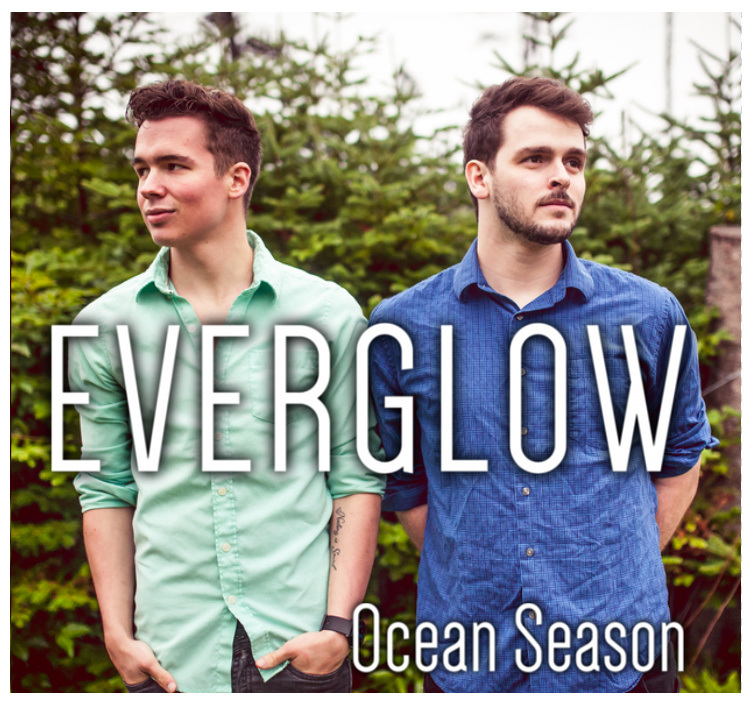 If you ever want to have a full concert experience, without actually leaving the house, all you have to do is listen to Newfoundland duo Everglow.  High School friends Jon Pike and Gordon Huxter make up this dynamic duo. Their newly released album “Ocean Season” is the epitome of an amazing album. It contains seven songs full of emotion and at the same time, will make you want to get up and dance with its upbeat tunes, like you are at a live concert.

2014 was viewed as a highly successful year for Everglow, releasing their debut single “Outside Looking In” and entering it in the 2014 CBC Searchlight Competition. In the end they saw themselves in the top 10 and were chosen to perform at MusicNL Week; it was a chance to show professionals and possible fans their true talent.

Music has the power to change lives. That proved nothing but true for this duo just three months ago, in December of 2014, when they got to be a part of something special. A young fan from The Children’s Wish Foundation (A foundation which grants wishes to children with life threatening medical conditions) wished to write and record a song with them.  As someone who used to be a part of a similar foundation, I am sure Everglow made that little girl very happy.

Everglow’s new 7 song album is one of the best CD’s I have listened to, and I definitely got my work out dancing along, as well. If you are looking for new music with that upbeat, concert feeling (and two good looking men), then I highly suggest you listen to Everglow’s new album “Ocean Season” and follow them on their musical journey.