By Jordyn Armstrong on March 1, 2015@jordynhannah95 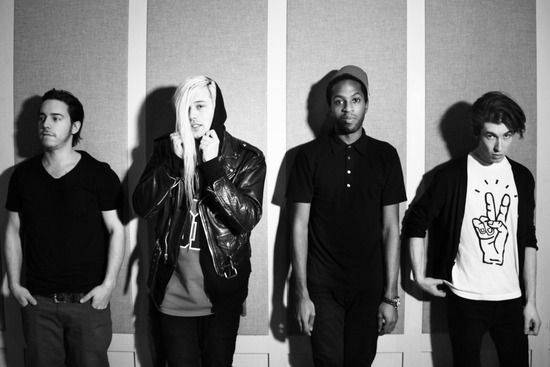 It’s no secret that Vancouver band, Fake Shark Real Zombie has been up to something lately. Many tweets and Instagram updates later, fans are wondering what is in store for their fourth album. After the transition in their music from Zebra! Zebra! to Liar, everyone is eager to know what this one is going to sound like. To help all of you solve some of the mystery, we got the chance to interview Kevvy from Fake Shark Real Zombie.

You have changed your sound a lot since your first album and experimented with many different genres. What will album 4 be like?

I think that could be said of every band from album to album with the exception of ACDC and Slayer, but as far as a description of where our sound is sitting for this new one, I suppose you could say it’s more on the Paint It Gold side of things. We realized that with our album Liar, it was hard to play stripped down versions of most of the songs, so there’s been an emphasis placed on being able to do that on this one. Stronger melodies, less gimmicks, less rappy stuff. Also, when we started doing acoustic performances people would come up to me and say “I didn’t know you could actually sing!” So, way more singing.

The song “Can’t See You” was said to not be included on the new album, however is it a good indication of what’s to come?

Can’t See You was a one off I put together with Danny Lohner from Nine Inch Nails and A Perfect Circle, which I felt allowed me to be as shamelessly Trent Reznor as I always want to be! It was for a movie called See No Evil 2, and I really love it.

Danny and I worked on the Kat Von D album together, and I grew up a huge fan of his guitar playing style and programming so this is a big one for me. He also did all the music for Underworld, so he’s no stranger to sound tracking.

In the past you have had songs that featured different artists like Mindless Self Indulgence’s Jimmy Urine and Hot Hot Heat’s Steve Bays. Are there going to be any surprise guests on this album?

There’s one super special guest featured vocalist on this album I can’t say yet, but I had so many lovely singer friends of mine I’ve worked with song backing vocals on it, which was the concept of this album when I started it. Hannah Georgas, Cat Thomson, Kate Kurdyak, Tonye Aganaba, AJ Woodworth. They’re all on there making me look good.

It’s probably too early to have a release date in mind but do you have any ideas for names?

We do have a very furry name for the record in mind that you will know very soon!

Other than the album, what have you all been up to?

I produce music for others constantly. I’m finishing up an ep for soul singer Tonye Aganaba. I produced two songs for country singer AJ Woodworth. I did music for a new movie called Vendetta that’s coming out. I also am playing bass for my friend Care Failure’s band Die Mannequin opening for Marilyn Manson this march! Care sang on our song “Gimme Those Teeth”.

You guys always have unique merch ideas. Do you have any plans for more soon?

We were thinking of doing fs leggings!

You tweeted about the album art work shoot, can we have a hint on what it looks like?

Much like the album title, the artwork will be “unreal”. WINK

What do you think of fans getting band tattoos? How would/do you react to Fake Shark tattoos?

I’m enough of an egomaniac that I love when people get my name or lyrics tattooed on them. I’m a music fanatic too, and I have tattoos of Erykah Badu and siouxsie and the banshees, so I totally get it and I find it inspiring. I appreciate it more than you know.

Lots of people have drawn pictures and made bracelets for you. What kind of feeling do you get when you see the fan art?

The fan art means so much to me. People are busy and I know how much effort goes into that stuff. I really do read every letter and wear every bracelet and I appreciate it very much and always will.

As a Canadian Beats tradition, we like to throw in some fun questions for the bands and for the fans to learn more about you. The next few questions are just that!

Do you have any crazy fan experiences?

Halifax opening for Marianas was my Beatles moment thus far. Security picked me up and carried me away when I got rushed by kids and someone pulled a handful of my hair out and sprained my fingers trying to grab me. It’s all out of love, though, so I’m with it!

You guys are known for some pretty crazy lyrics. Have you ever written anything that may have been a little bit too crazy? If so, can you tell us what they were?

There are lyrics on the new record that are so personal I squirm in my seat when people hear them. I had an emotional year and so have people dear to me, so I have more to say than ever on this new one. Seems like my fan base had a tough year too, so perhaps they can empathize.

I’ve been playing with the notion that all great entertainers are equal parts thoughtful poet, and ignorant asshole, so we’ll see how I occur with that in mind. I let myself go strange places lyrically on this record.

What is your go-to jam song?

We jam Limp Bizkit when ever tony picks up the bass.

Is there anything else that you would like to say to our readers and your fans?

I just want to say, I appreciate the loyalty you’ve shown me and us over the years and that I think you’re really gonna dig this new album. Its almost done and I’m listening to it getting excited about how I think our fans will respond to it. We love you very much and this new music is for you.