Three amazing talents came to party at a packed Lee’s Palace on Friday night. Elliot Maginot, Sun K, and Cairo all took to the stage, and did not disappoint.

Opening the night was Montreal native Elliot Maginot, with his amazing Pop/Rock set. The second he started singing, my jaw dropped. I have never fallen in love with anyone’s voice so quickly. I couldn’t stop myself from dancing in my wheelchair, and people all around were staring at me. I found Elliot’s voice to be so powerful and so beautiful. Elliot’s debut EP “Young/Old/Everything In Between” was released February 10 and he performed some songs off it. Elliot Maginot was a great act to open the night.

Following Elliot Maginot, was the “Folk n Roll” sounds of Toronto’s own “Sun K”. Seeing as I didn’t know “Folk n Roll” was a real term, I spent a while trying to figure out their sound. I finally settled on “kind of Jazz-y”. Regardless of if you think of them as “Folk n Roll” or “kind of Jazzy”, one thing is for sure; the crowd went absolutely crazy for them. As they opened with “Teaser”, howling, and screaming came from the crowd. A huge sea of people gathered by the front of the stage and danced. Their set was very high energy, which was great to see. On a personal note, I really enjoyed watching them play all of their own instruments, like the trumpet. I have never been to a concert and seen anyone play the trumpet before. During their song “Cowboys and Drugs”, Kristian (the lead singer) played his guitar and sang, which I really enjoyed as well. I was hoping he would give me the nice looking fedora he was wearing, but sadly, no. Sun K is releasing an album called “Northern Lies” and just put out a single called New York City Blues”. The band ended their set with this amazing song “New York City Blues”.

The last band of the night brought a party to the stage with all their energy. People literally went nuts for Alt/ pop band “CAIRO”. Nate’s voice is simply amazing. Their set was really unique, in my opinion. They have such a great sound that is so different from anything I have heard before. Caitlin played the violin which was something I have never seen before. I found myself drawn to the cool graphics on the screen behind them as they played. Toward the end, the band announced that a special guest would be joining them on stage. I’m not going to lie, a small part of me was hoping for Justin Bieber. CAIRO and Indie pop artist Lauren Lyon played “Starry Eyes”, a song they had never played in front of a live audience before. There was a huge amount of applause for what was supposed to be the end of the show; however, the audience went in to a unison scream, yelling “One more song”. After a few minutes CAIRO came back out to deafening screams to give the crowd their encore. Nate played an acoustic song “Nothing”; it was such a beautiful sounding song. To wrap up the night, CAIRO ended with “Extinguishing Fires”. To make sure there wasn’t a second encore, Nate said (in good humour, of course) “When I say this is the last f***ing song, it’s the last f***ing song!” and everyone couldn’t help but laugh.

I was extremely fortunate to have been able to meet Elliot, Kristian of Sun K, and some of CAIRO after the show, as well as get some posters and set lists. Sun K, Elliot Maginot, and CAIRO are three amazing talents, as well as great people. Make sure to check out the music of each of these talented artists. 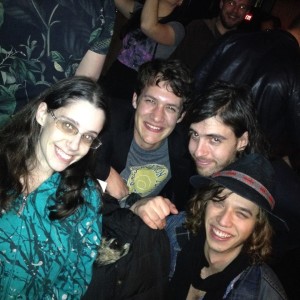 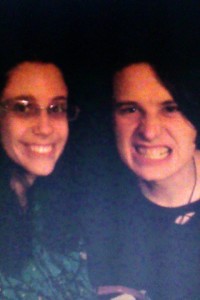