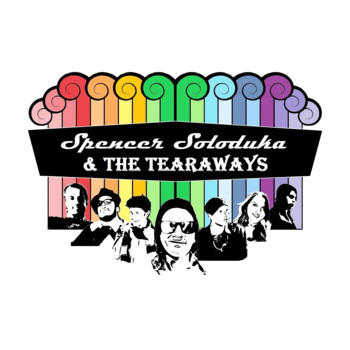 Spencer Soloduka & The Tearaways is a Soul band from Prince Edward Island. There are currently seven members that make up the band as a whole, (Spencer, Jordy, Michael, Simon, Josh, Emma and Nikki). Ever since the bands birth back in 2013 they have been said to amaze crowds while performing live. Spencer Soloduka & The Tearaways bring influence from the 50’s, 60’s and 70’s in their own songs to create their own sound.

Spencer Soloduka & The Tearaways released a self-titled album on December 5, 2014 and the fans have enjoyed it thoroughly. From the moment I began listening, I was hooked. It’s a unique sound, especially for this day and age, which makes it all the more appealing. The first song, “Pray For Me” is full of energy and soul.

Each song seems to have the ability to bring you back in time. “Supernatural” is the fourth song on the EP and has to be my favourite. It’s a mix of soul, funk & highly addictive rhythms.

The EP closes as strongly as it opens. The final song “Reachin’ Out” is over 7 minutes of intense harmonies, vocals & rhythms. If you’re looking for something unique, but also full of energy and fun, this is for you!