By Lindsay Newman on February 24, 2015@https://twitter.com/lindsaynewman_ 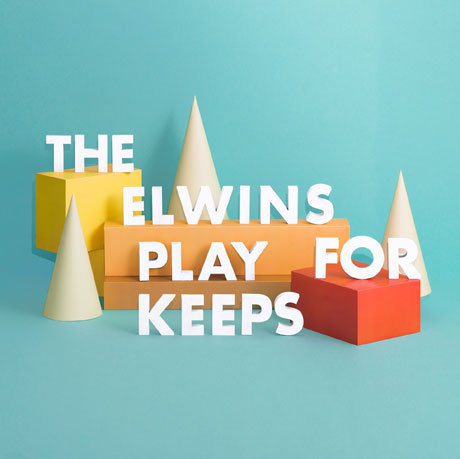 The Elwins are from Keswick, Ontario. They formed in 2008 and since then they have performed alongside Tokyo Police Club, Arkells, Walk Off The Earth and many more.  The Elwins are Matthew Sweeney, Travis Stoki, Feurd and Frankie Figliomeni.

Prior to listening to the album I was excited to see what was in store.  I was not disappointed.  I enjoyed how every song has a different element in it and sounds different then the one you have heard before.  The vocalists voice is very unique and you would be able to tell it is the Elwins. While listening to the album I caught myself singing and dancing along and in my opinion that is a major thing for a pop record.

This album will be added to my playlist and will be shown to others. It was hard to pick favourites on the album but some of my favourites are “So Down Low”, “ Bringing Out The Shoulders” and “Show Me How To Move”.  On the whole it was an amazing album and I highly recommend it. The Elwins sound a bit like Never Shout Never.

The Elwins are currently on a Canada- wide tour, If they are coming to a city near you I suggest checking them out.  Here are a list of the tour dates that are left: