By Lindsay Newman on February 20, 2015@https://twitter.com/lindsaynewman_ 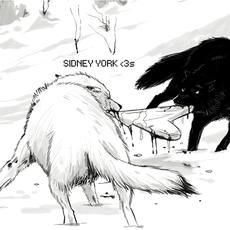 Sidney York is an indie pop band coming from Calgary, Alberta. Hearts is marking the one -year anniversary of the first volume of the box set. It was released February 10, 2015. Sidney York is Brandi Sidoryk and Krista Wodelet.

Before beginning to listening to this album I was excited to listen to it because they seemed like they would be my style of music. This record did not disappoint because it is different then something that you would hear on the radio and that is something that I look for while listening to music. I enjoyed how they could go from an upbeat song to a ballad. Both band members are very talented and are confident in what they do.

Some of my favourites on the record are “Let The Sparks Fly”, “Pretty Boys and Girls” and “Hearts”. This is a record that will be added to my music library.