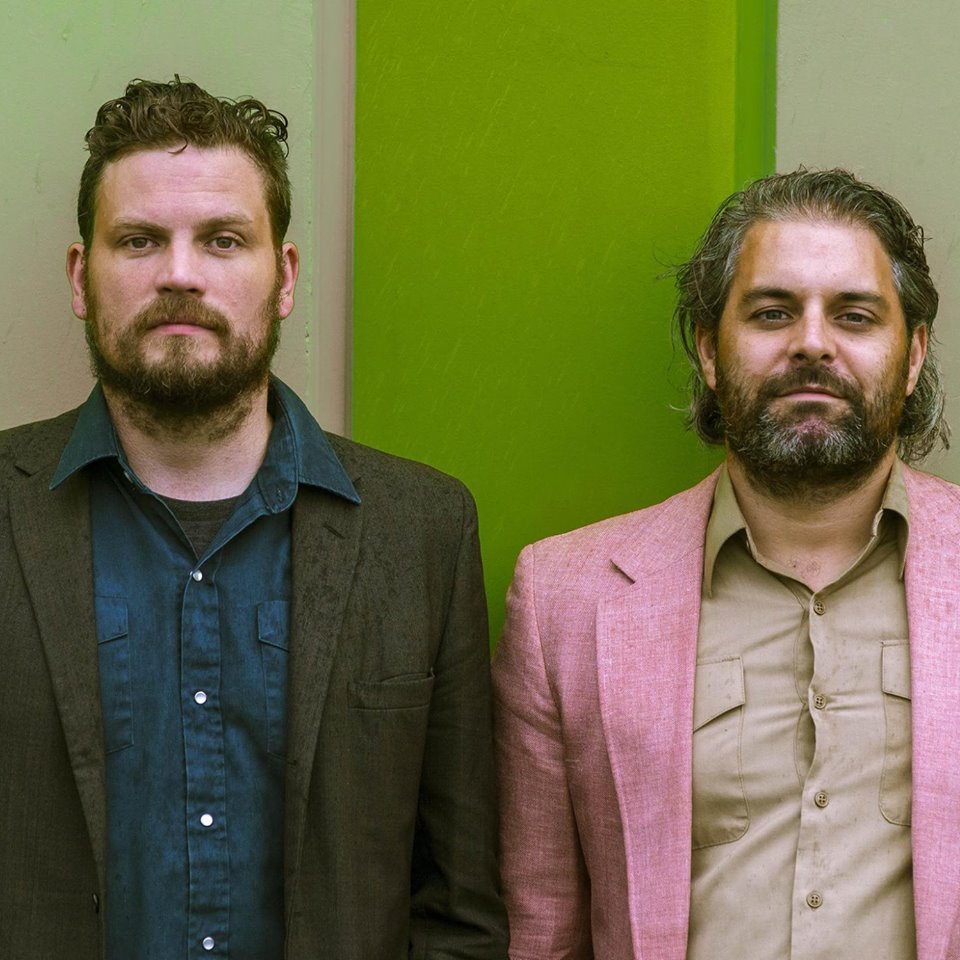 Peregrine Falls, formerly known as PinkBrown, consists of Gordon Grdina and Kenton Loewen. Hailing from Vancouver, the duo uses guitar and drums to make up their unusual sound. Their debut LP is expected to be released sometime in 2015, so be sure to check out their social media so you don’t miss anything! I had a chance to ask drummer, Kenton Loewen a few questions.

First of all, why did you decide to change the name of the band?

The name change to Peregrine Falls was mostly due to another band named PinkBrown already existing, if you can believe it. It’s really crazy to come up with a name that you feel good about. Gord and I almost murdered the scheiße out of each other before resting on Peregrine Falls.

What can you tell us about your upcoming LP?

The LP is going to get dirtier and heavier than the EP. It’ll be a more focused conglomeration of music with EP tracks and new material all mixed up in a Peregrine Falls salad. We’re naturally taking things to the next level. We’ll focus the sound and mixing in a very serious way. We’re working with our really good friends on this record. John Raham (Destroyer, Frazey Ford) is recording, engineering and mixing and Jesse Zubot (Tanya Tagaq) is recording and co-producing with us. It’s becoming quite an animal.

If someone hadn’t listened to your music before, how would you describe it to them? What song would you suggest they listen to first?

It’s dirty, sludgy and grooves hard with an open door to seeing what happens in every moment so it’s filled with child like inspiration and surprise. You never know how or why you’d act or react when playing from an open place so the music can go anywhere. It’s like free punk with deep pockets because we listen to a lot of jazz and experimental stuff. It doesn’t suck. Check out a track called “Two Fish in a Bucket” https://m.soundcloud.com/peregrinefalls/peregrine-falls-two-fish-in

The choice to pursue music as a career really never felt like a choice. It’s just that you’re playing all the time and if you care about your art then you’ll figure out as many ways as you can to continue with your work and I in turn you play all the time.

Our songwriting process is pretty random ideas and parts based and then trying stuff out. Gordon and I have played for almost 12 years together so how stuff develops is pretty natural. Riffs and feels placed together as one and then we arrange the tunes.

Next for Peregrine Falls is three Canadian shows. Feb. 22nd in Montreal at La Vitrola, Feb, 23rd in Ottawa at Zaphod’s and March 2nd in Toronto at The Horseshoe. Come and hang out.

At Canadian Beats we like to throw in a few fun questions:

The first album I remember buying was Phil Collins “But Seriously”. So good, seriously!

My odd or hidden talent might be the fact that I can play most tunes on my face using my hands to cup air pressure towards my tuneable circular lips. Think about it.

If you were in charge of a music festival, who would be playing?

If I were in charge of a music festival I’d also want to have an open door to the dead cause I want to put a show on of all the dead cats, you know? I want to see John Bonham live. I want to see Hendrix and Miles and Cobain. I want to see the original Metallica with Cliff Burton when that shit Actually mattered. I want to see Albert Ayler and Nina Simone and Janis Joplin and Fela Kuti. The Dead Festival. It would slay.

Are there any Canadian bands or artists you’d recommend to your fans?

A Canadian band I can recommend? Yup! Check out Metz! They’re amazing.

What to say to our fans? It’s heavy even when it’s light so let’s have a great time and see what we can do…I thank you.