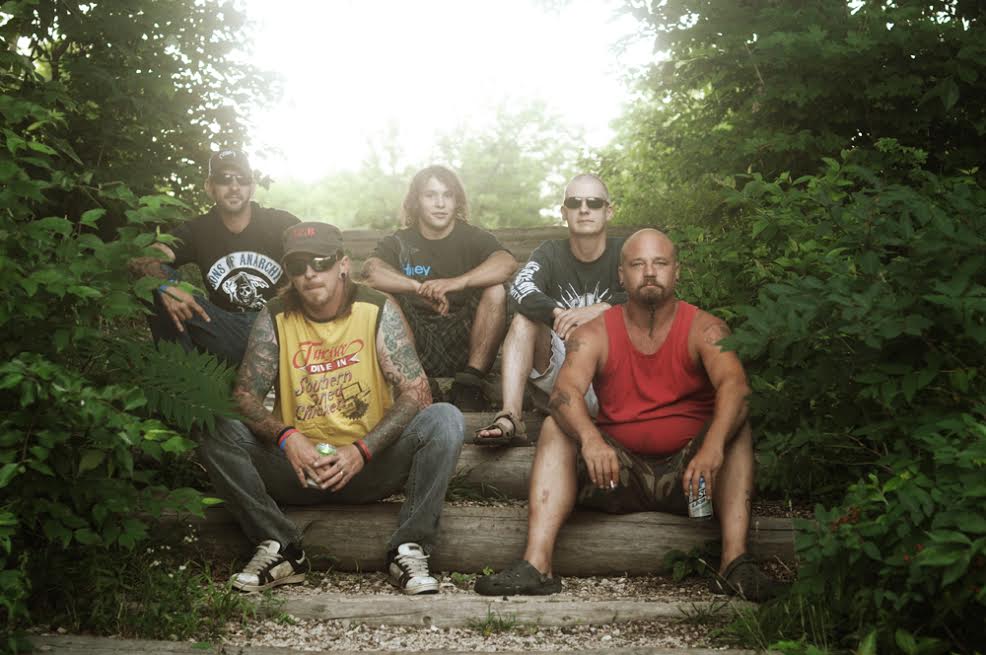 Them County Bastardz describe themselves as “local dudes from Essex County who are in it to make old school metal with back forty rock and having fun while doing it”. The band are set to release their new album, Sick Daze, through Smokehouse Records on February 24th.

Mike: This is Mike Rennie, I am a county bastard and I play rhythm guitar in Them County Bastardz.

The new album, Sick Daze, is due out February 24th. What can you tell us about the writing and recording process of the album?

Mike: I can’t say it was a good experience. I had to fight tooth and nail with Watson (Our Vocalist). As long as he was happy it was a pretty simple thing. But really, it was awesome! All the tracking layers involved in recording an album was new to me.

Drive By, the first track from Sick Daze, was premiered on Bravewords. What was fan reaction like for the song?

Mike: It was awesome man, we couldn’t believe the amount of attention it got. We did not expect the rush of fans to follow.

What song from the album are you most looking forward to fans hearing? What about playing live?
Mike: “In the County”, why? Because that is who we are and that is how we live our lives. Live I would say “Rise Up”, it is a high energy song, it needs the audience to really experience it.

You say that the title of the album refers to “taking a Monday off work because you are still feeling the weekend fun” which we assume comes from personal experience. What was the best reason you’ve had to take a ‘sick day’?

Mike: We used to practice on Sunday nights, we would jam, drink, have a few baked goods. I never had to call in but explaining where I had been on Wednesday was always tough.

Mike: We are working on running a tour off the 401 strip, still early in the planning but look out for it!

Mike: Zakk Wylde, Shawn and Glen Drover, I`m going to invite them into a room, call the baker, get a keg and riff the fuck out till the walls bleed.

Mike: You guys can’t hear or see this but my band has been fighting about this question for a bit. I thought of Corey Heart before Rush so I am getting shit on for that. But fuck those guys, I wear my sunglasses at night!