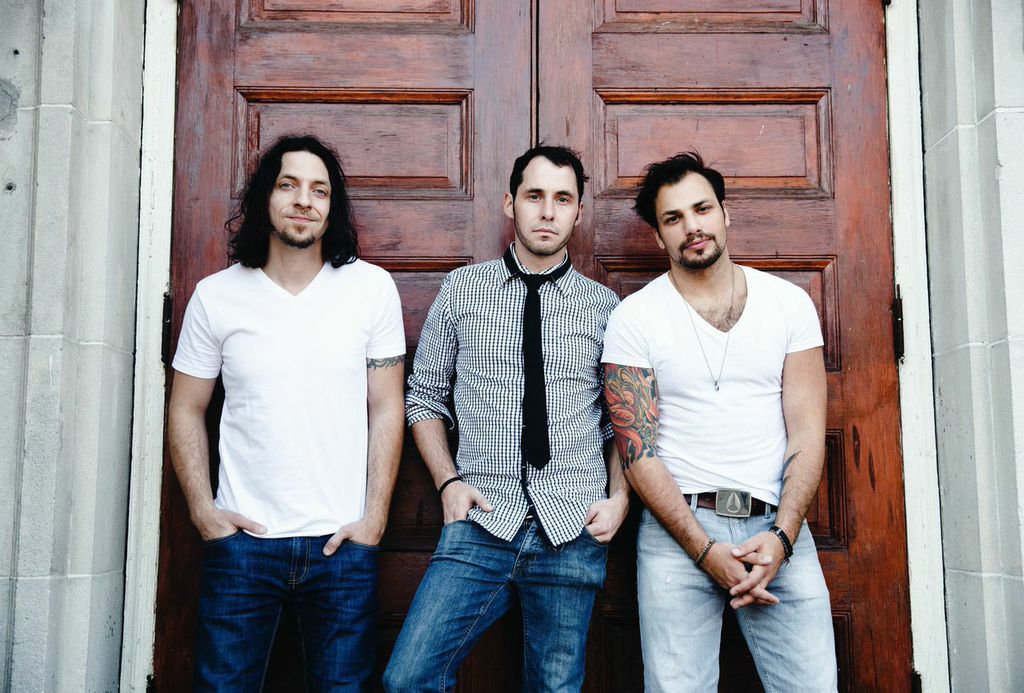 Luckily, I had the pleasure of interviewing the extremely talented Sea Perry. I say “Luckily” because I happen to be a fan of the up and coming Sudbury ON folk-rock band.

Formed in 2013, the band first consisted of Chris Milligan, who sings and plays guitar, and Chad Bouchard, who’s the drummer. They met through a mutual friend, and the band was created. But they still needed a bassist.

Shawn Fisher played with the two band members on one day, and it was decided that he was what they were looking for. The band was complete with Shawn playing bass. Sea Perry has performed alongside Marianas Trench, Great Big Sea and Carly Rae Jepsen; some of the greatest names in music today.

They have also performed at some of Canada’s biggest music festivals such as Boots and Hearts and Big Music Fest. They released their debut EP in 2013 called Why the Folk Not, and they are hoping to release an album sometime this year; as well as tour both nationally and internationally.

Their sound is unique, they are talented no doubt. If you’ve never heard of them, now is your chance to make up for it. To get to know them a little better, Shawn has answered a few burning questions I had.

It’s often said that musicians are born, not made. How and when did each of you realize you wanted to be a musician?

Shawn: As soon as I saw a guitar hanging up in my uncle’s room I was immediately in love. That white guitar represented endless possibilities. I remember reeling to my mother about how cool it was on the drive home. I was probably around 10 years old.

How would you describe your music to someone who’s never heard of you?

Shawn: Canadian rock. I think regardless of what we write it somehow sounds Canadian. haha

Who is the audience you’re trying to appeal to with your music?

Shawn: Anybody really. I think there are a lot of styles of music that tend to appeal to a certain demographic. Something truly visceral can appeal to a child or an adult, and that’s what id like to create personally.

How did you come up with your band name? Does it have any special meaning?

Shawn: Before I started working with Chad and Chris they were toying with the name C Perry which represented Chad and Chris’ hometown of Port Perry. So when I came we changed the C to an S and the sea just made sense. Question for you is What is a pirates favourite letter??………………………….
Wrong, he tends to like the C.

What’s the message behind your single Molly’s Shoes?

Shawn: Pretty much just a fun song about being with your friends and having a good time. In October 2014 we were in Toronto for like 2 weeks doing business stuff, recording, meetings, etc.

Where were you when you first heard Molly’s Shoes on the radio?

Shawn: I was at home I believe it was over the Christmas holidays.

What is each of your favourite songs on the album and why?

Do you get nervous before you perform on stage?

Shawn: Sometimes. I feel like I have pretty good nerves. There is no lie, that being on stage when the crowd is vibing with you is like no drug or anything else. The whole nervousness of the situation kinda intensifies that feeling. I love writing, recording, etc, but when you get on the stage to play music you have sunk your entire being into, there s no other feeling like it in the world.

What can people expect to see at a live show?

Shawn : There is an unpredictable portion to our live show that I think is exciting. I think for me being on stage is a way to completely remove all my inhibitions. Our music goes through a lot of different emotions. So I guess the best way to describe it would be that I embody all these different emotions each show, as they apply to the present. Its not about a snare hit, or a bass line or a guitar lick. Sometimes they hit hard but Its about the overall feeling by the collective.

Do you have any pre show rituals you take part in before you go on stage?

Shawn: Shot of whisky and or we show each other the inside of our right wrists which bares a matching anchor tattoo we got to symbolize our bond.

Who would you like to tour with some day and why?

Shawn: I love meeting new people, and musicians so whoever falls into that category I guess. But, when it comes to a specific band, im not really sure. Seems like guns n roses would be a lot of fun to tour with in their hay day.

What is your dream venue and country to perform in?

Shawn: I would love to do the UK festival circuit. Pretty well any traveling festival would be pretty awesome.

Any tour dates coming up?

Shawn: In the works on East Coast tour as we speak.

What is a typical week like for Sea Perry?

At Canadian Beats, we like to include a “fun” portion of questions for your fans to potentially learn
something new about you….

Do you find that your bandmates have any annoying habits that make it difficult to stay on the
road with them?

Shawn: Chad is like a bear in that he could sleep all winter long in hibernation.

Shawn: I am a vanilla man

Shawn: Tea for sure, many more flavours.

Harry Potter or Lord of The Rings?

Shawn: Lord Of The Rings. Easy.

If you could give your fans one message with your music, what would that message be?

Shawn: Thanks for listening and supporting us. The 3 of us have been doing music for a long time and it hasn’t been easy to get to this point. Please keep supporting us and we will keep giving you music.