By Remington Fioraso on January 29, 2015@https://twitter.com/RemingtonFD 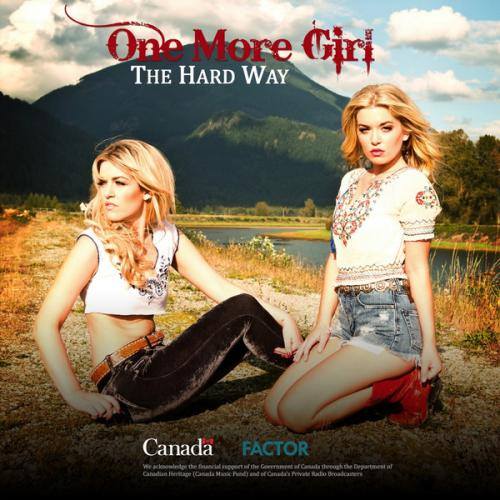 One More Girl is a pop-country duo from Maple Ridge, British Columbia. The duo is formed by sisters Britt and Carly McKillip. In 2009, they released their first album entitled “Big Sky.” One More Girl released their sophomore album entitled “The Hard Way” on December 8, 2014. The Hard Way features seven tracks including the singles “Love Like Mine” and “Drunk Heart.”

When listening to the album, it was difficult for me to not have it on repeat. The release was very well orchestrated. Although having a pop element, I would consider the release to be more country. The sisters’ vocals, lyrical content, and instrumentals tie in together nicely. The songs on The Hard Way that stood out the most for me were “Love Like Mine” and “You’re Not The One.”

If you have yet to hear One More Girl and are a fan of country music, I would highly recommend checking out the release. Prior to picking up the album, I would listen to “Love Like Mine” and “Drunk Heart” to get a taste of The Hard Way first.